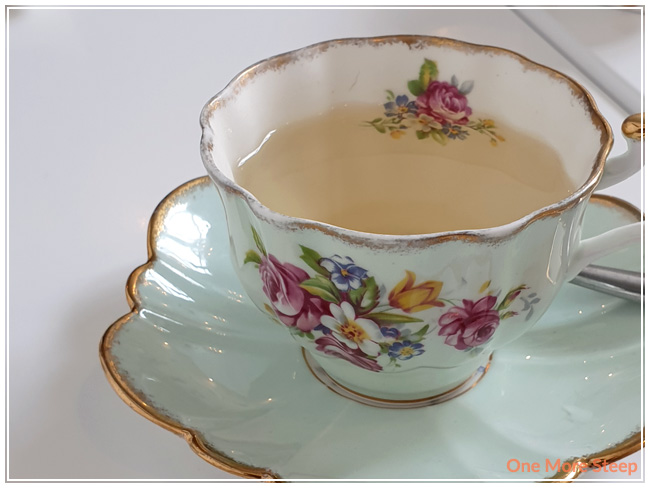 Over the past two weeks, there’s been a lot of unrest and change happening – primarily in the United States, but also across the world. Systemic racism has been pushed into the spotlight and with that people have been supporting businesses owned by people of colour with sharing their existence, and with their dollars. I spoke a bit on Instagram about my personal experiences with racism, but also emphasizing how I cannot ever know what it’s like growing up as a person who’s African-American in the United States, and also addressing my own privilege in spite of being a woman of colour, simply by growing up in a different country than the US.

It is also through the power of social media that I was able to find more BIPOC-owned tea companies and tea bloggers, and hear their voices. Many of them are woman-owned, which I’ve highlighted as well on my Instagram account. A lot of people coming together to lift each other up – and isn’t that the way it’s supposed to be in a community? The bloggers & comapnies that were pointed out to me include: Teas With Meaning, Brooklyn Tea, Just Add Honey, Steep Sip and Repeat, Calabash Tea, Aesthete Tea, T By Daniel, Sabroso Chai, Sista Teas, Noire Bud, Steep Luv, The Tea Bar 901, Notes on Tea, Ash Loves Tea, Likkle Tea, Exquisite Sips by Lady J, Tea End Blog, Adjourn Tea House, Tea Please Tea, Teadious Obsessions, and Trudy Ann’s Chai.

In contrast, I came across an image on Instagram that a tea company, who will remain nameless, posted that state “Black Teas Matter”. When confronted with the inappropriateness of how incredibly tone deaf the image was, the owner (a white male from the US), became angry instead of apologetic for how their post came across. He attacked the people who commented for being the “enemy” and “adversaries” and how they were “not friends or customers” and telling them to go away. Then this man deleted comments, blocked people (including myself), and ultimately deleted the post (which I only knew because I have a personal account as well that’s not blocked from his tea company yet). The way he chose to represent himself is vile. Following being blocked, I shared a summary of the interaction in my Instagram Stories (which are saved to a highlight…).

But to end on a more positive note, when a known-racist woman named Laura in the UK tweeted to Yorkshire Tea that she was “chuffed” that they hadn’t expressed support for Black Lives Matter, Yorkshire Tea told her to stop purchasing their tea. Another woman, named Pamela, tweeted that she’d have to start drinking PG Tips in response to Yorkshire Gold’s support for BLM… at which point PG Tips told her to find yet another tea company because #solidaritea.

Tea reviews will resume after the weekend, tea friends! Lots of new content coming your way, but we can always take a moment to pause and reflect on our own behaviours and thoughts, as well as reflecting on the connections that we have and if we’re proud of them or not.

I did recently move so I’m still finding my footing when it comes to working on tea reviews, but I’ve got a set-up that’s working for me so far. For the foreseeable future, the majority of companies I’m writing reviews for are: women-owned, POC-owned, or a combination of the two. If you’re a representative of a tea company and would like to get in touch with me regarding seeing your teas showcased here and on my Instagram account (@onemoresteep), feel free to read more about how to work with me and send me an email. 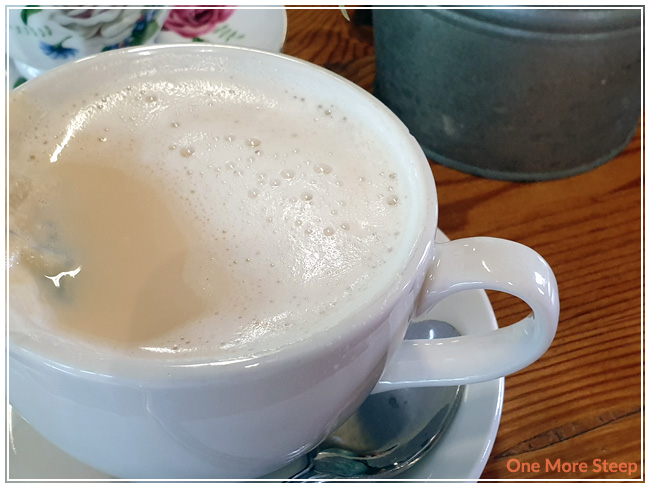 Before I dived into the world of reviewing teas, I used to order Chai Lattes and London Fogs a lot from coffee shops (especially, the one with the white-and-green-mermaid logo….). It was on my university campus and while the smell of coffee made me nauseous at the time, but I ducked in there to get that Chai Tea Latte (as it was listed on the menu…) because one of the girls I took organic chemistry with had introduced me to it and I was hooked.

I was already drinking Earl Grey at home at the time, but the idea of turning it into a latte completely escaped me. Of course, that was nearly 10 years ago that I first drinking the Chai Lattes in disposable to-go cups (whomp whomp, showing my age now!). Nowadays, I’m more likely to have a drink in so its a reusable cup, or to bring my own. It’s been a long time since I sat in a large lecture hall, learning about aromatics and trying to wrap my mind around molecule structures. I make the London Fogs at home now (because I personally prefer my own way of doing it), but the Chai Latte is one of my go-to drinks when I’m ordering something now.

I find the nuances of a good Masala Chai can be difficult at times to recreate at home. I often buy the blends pre-mixed, and opt to get a Chai Latte when I’m out and about because it’s easier than trying to make my own spice blend at home. I’ve tried numerous recipes, but still struggle to find one that I enjoy or like as much as I do when I’m at a coffee shop or diner. I’m still working on it! And tweaking existing recipes that I find because I want to be able to make a spice blend at home that I love…. In the meanwhile, I keep ordering it.

If you have a Masala Chai recipe that you should think that I should try, let me know below in the comments with a link! 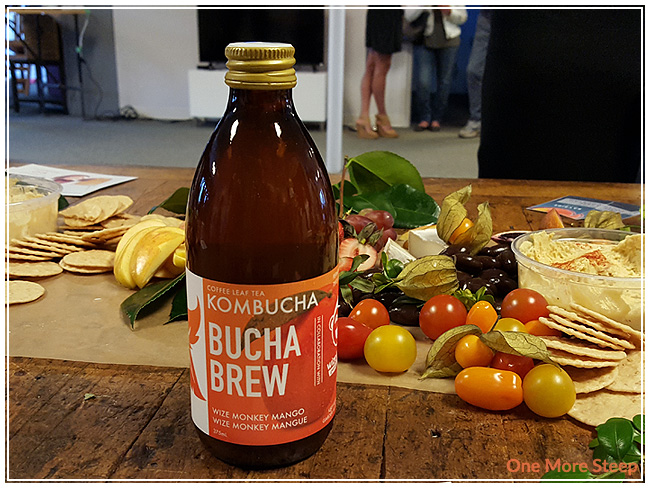 Last Friday, I went to the Wize Monkey office for their launch party of their collaboration with Bucha Brew! The launch celebrated the new collaboration product, which is the first coffee leaf kombucha on the market, Bucha Brew with Wize Monkey Mango! 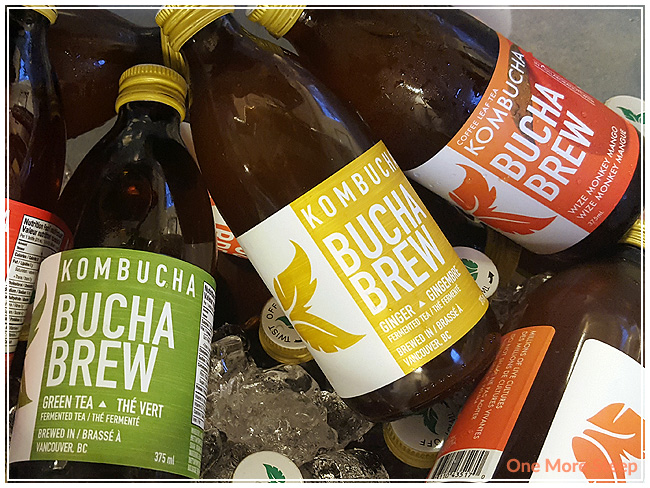 If you’re local to Vancouver, this seasonal flavour will be available at Vancouver beach and park concession stands this summer. I got to go home with a fun swag bag with Wize Monkey samples (all of have either been reviewed or will be reviewed soon!) and a bottle of Bucha Brew. Bayside Lounge was there to offer Wize Monkey coffee leaf tea cocktails – with fresh takes on using tea as a mixed drink ingredient (and while not the same as what was offered at the party, Wize Monkey has some cocktail recipes on their website!).

Thanks to Wize Monkey, Bucha Brew, Piquant Marketing, and Bayside Lounge for having me at the party!