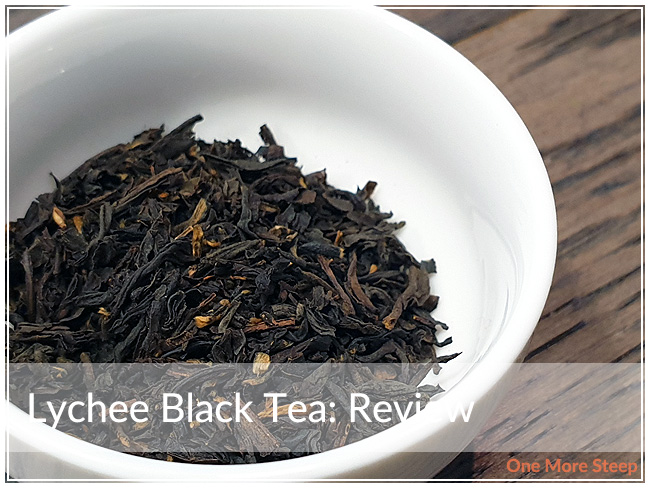 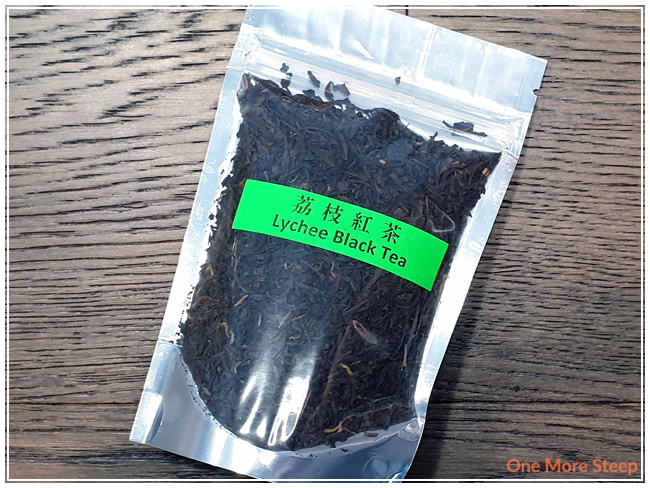 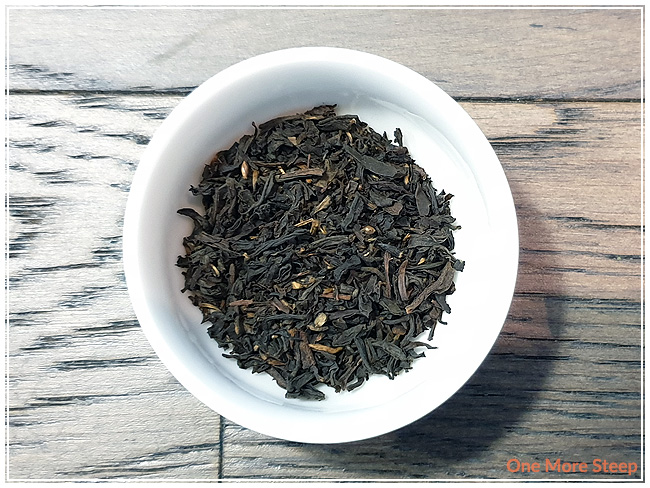 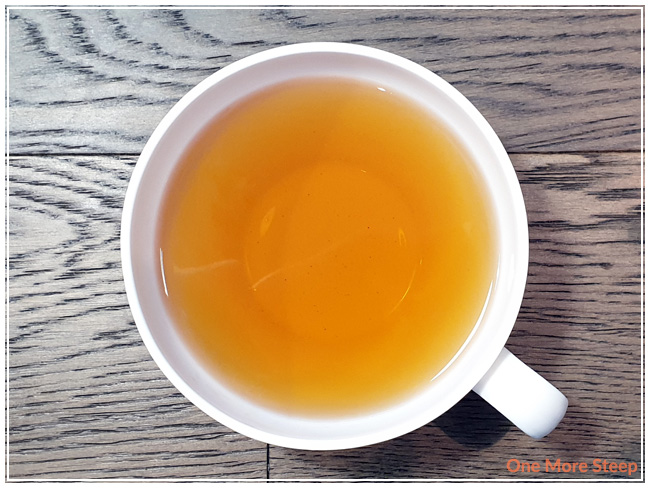 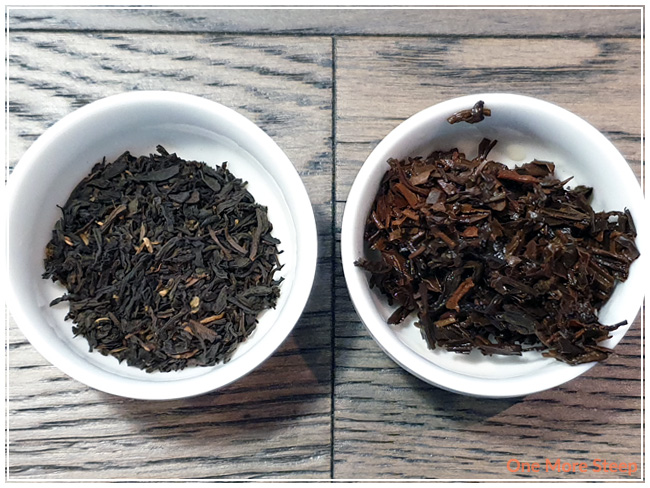 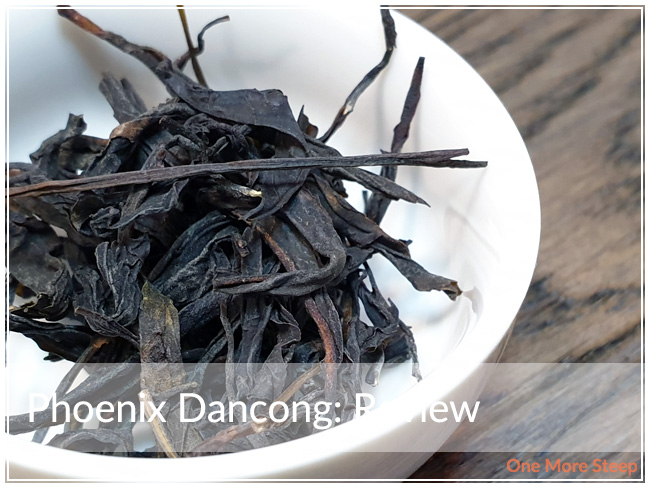 Phoenix Dancong came to me in a foil and plastic resealable bag. The name of the tea appears on a bright, printed label with little other information. The back has the address for Aroma Tea House. The aroma of this tea reminds of roasted nuts – a mix of cashews and chestnuts come to mind. It has a deep, roasted aroma that is quite pleasant. 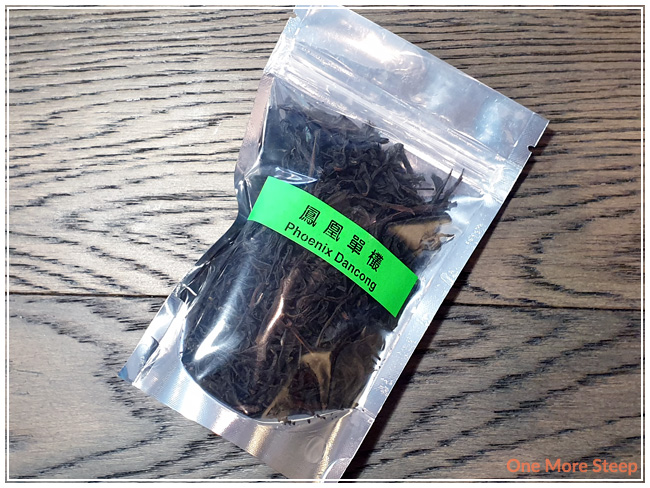 The leaves of Phoenix Dancong are beautiful – there are some beautiful long, wiry leaves that are reddish-black in colour. Phoenix Dancong is a straight oolong tea. I wasn’t able to find it on the Aroma Tea House website, but this tea comes from Guangdong Province, China. 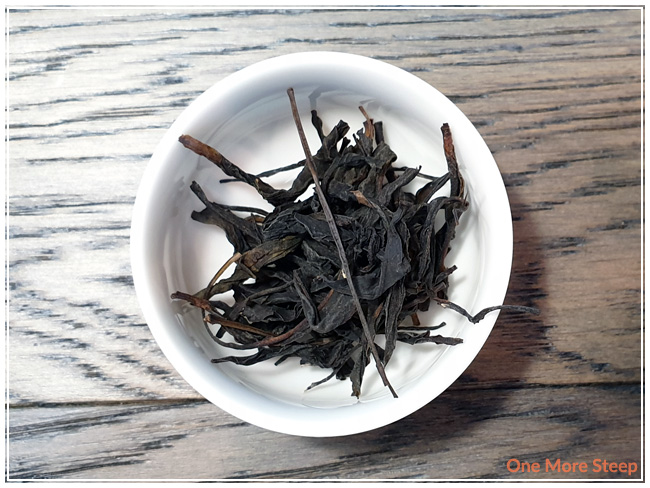 I opted to do an initial steep of Phoenix Dancong at 195°F (90°C) for 2 minutes. If you ever get a tea and you’re not sure about steeping times and temperature, or this information isn’t provided, you can use my steeping guide.

Phoenix Dancong steeps to a golden orange. The aroma of the tea has a slight nuttiness that reminds me a lot of the dry leaf. The flavour of nut with a mild sweetness, it does continue to remind me of having a bit of toasted flavour. I found with a 2 minute steep, there is a slight astringnecy that is at the tail end of each steep. The astringency isn’t off-putting though, and gives it a layer of complexity that works well with the toasted flavours. 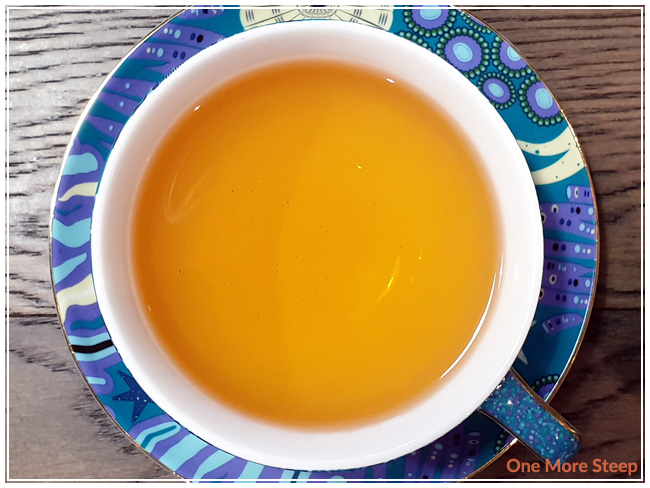 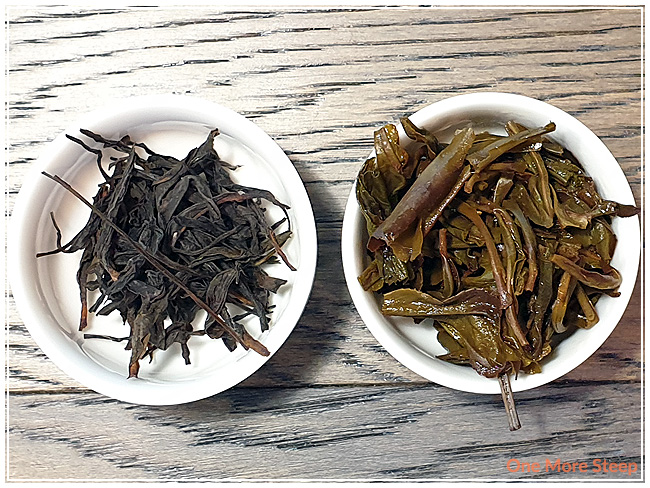 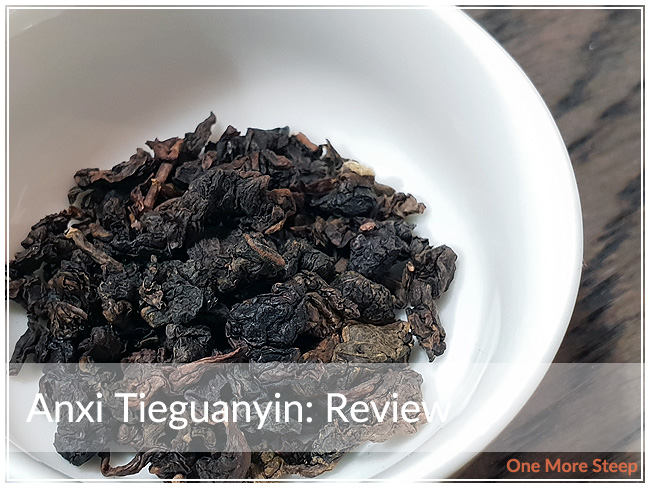 Anxi Tieguanyin is one of my Vancouver Tea Festival purchases that I’m finally getting around to reviewing and sharing. This oolong came to me in a cardboard tube with a bright green label telling me what type of oolong it is. The leaves are tightly bunched together, with an almost reddish-brown hue to the colour of the dry leaf. 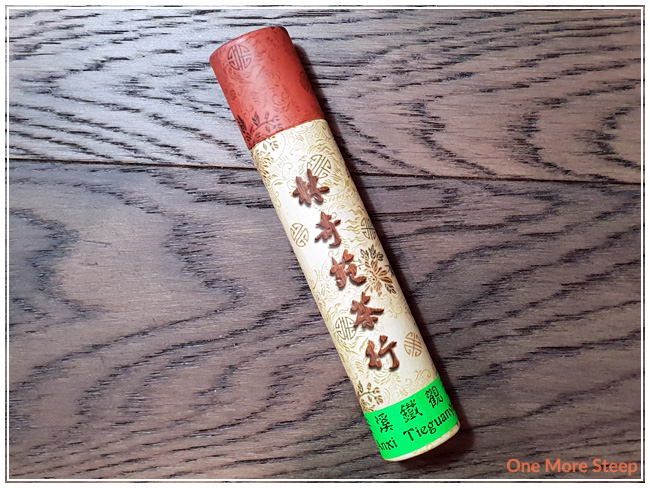 Aroma wise, this straight oolong has a woody aroma to it, with a hint of stone fruit and some roasted notes to it. 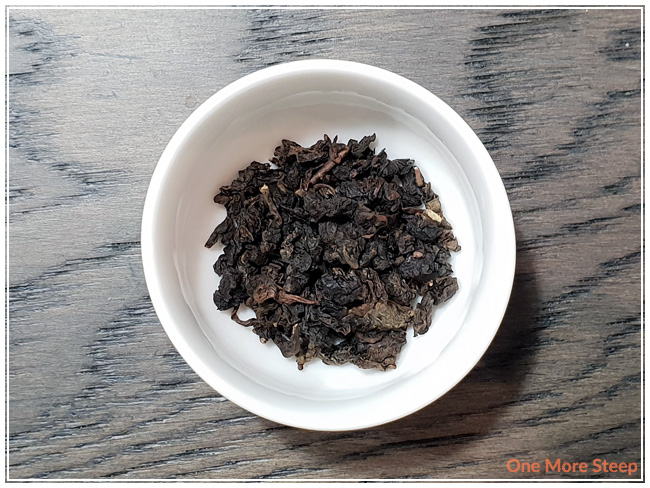 There weren’t preparation recommendations on the packaging. I did an initial steep of Anxi Tieguanyin in 195°F (90°C) for 2 minutes.

Anxi Tieguanyin steeps to a beautiful golden yellow, it’s quite vibrant and very pleasant to look at. There’s a nice honeyed sweetness to the tea, a light amount of creaminess with a pleasant fruity flavour that reminds me of dried apricots. There’s some roasted notes to this tea, that have a touch of woodsy flavour to it, but it’s not overwhelming the rest of the flavours. 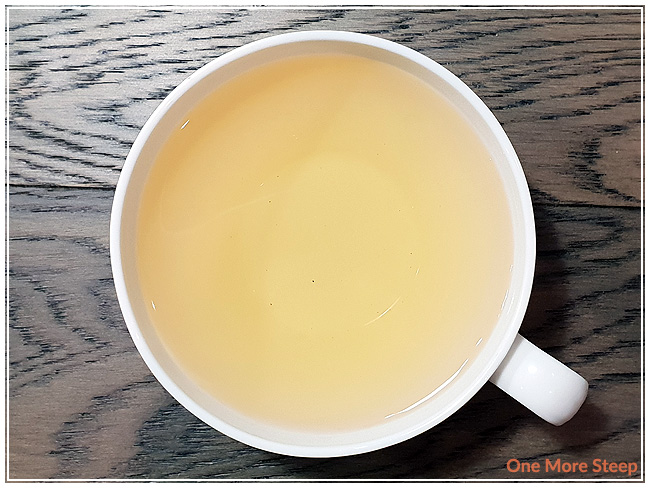 I resteeped Anxi Tieguanyin a total of six times (seven steeps total), adding an extra 30 seconds for each subsequent steep. I found that the fruity notes got stronger while the woodsy flavours subsided into the background. Very pleasant mix of flavours and it’s well balanced. 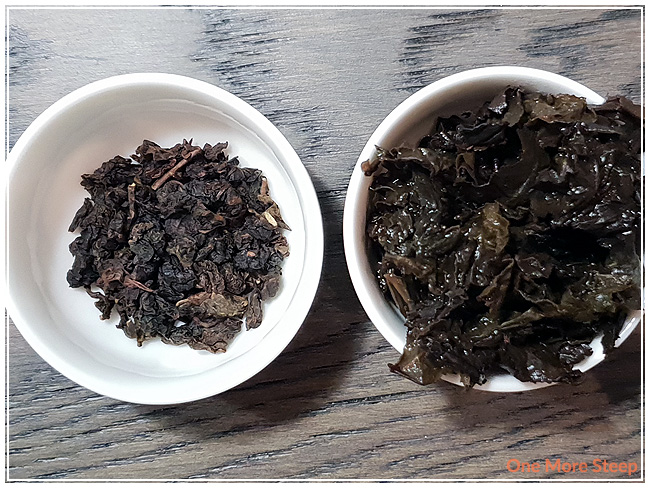 I loved Aroma Tea House’s Anxi Tieguanyin. I found the flavour of this oolong to be really enjoyable, with a nice balance of flavours between the sweet, roasted, and woody notes. It resteeped really well, and made for an enjoyable tea drinking session. It was complex enough to hold my interest throughout each steep, and just had a well-balanced flavour profile that made me want to drink more. I think it could have done a few more steeps, since the sixth resteep that I did was still quite flavourful.