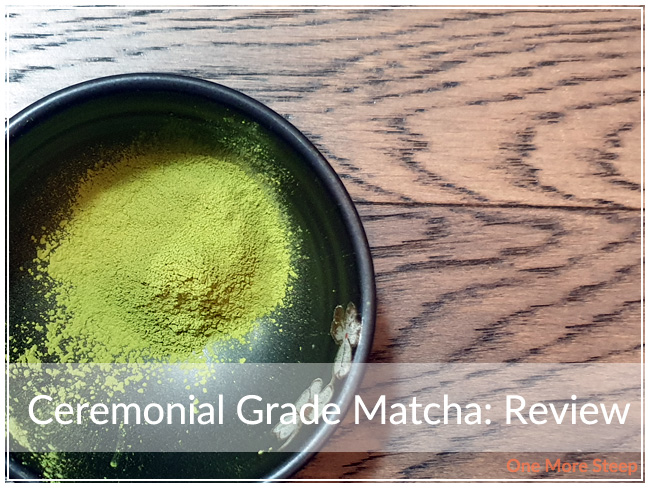 I picked up Buddha Leaf’s Ceremonial Grade Matcha at a local grocery store in the coffee & tea aisle… because it was on sale. At first I thought the powder would come preportioned because it said “20 serving portions” on the packaging itself. So the packaging of Matcha is a resealable pouch and inside of that pouch is a sealed (non-resealable) silver packet with the matcha inside of that. I do feel like it’s double packaging, and needlessly so. The outer packaging could have been heat sealed and it would have been okay. 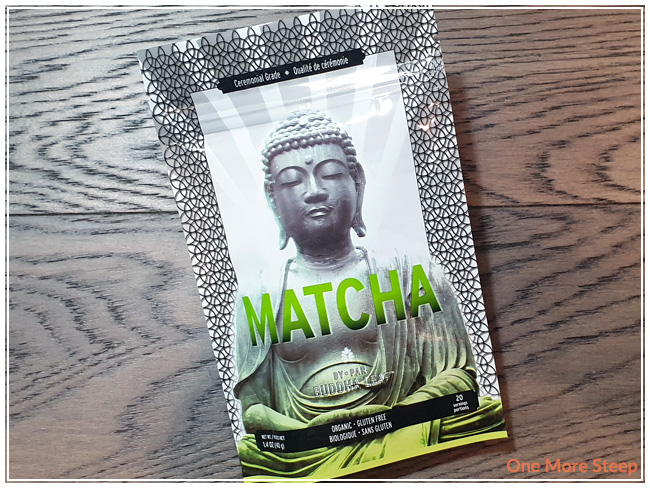 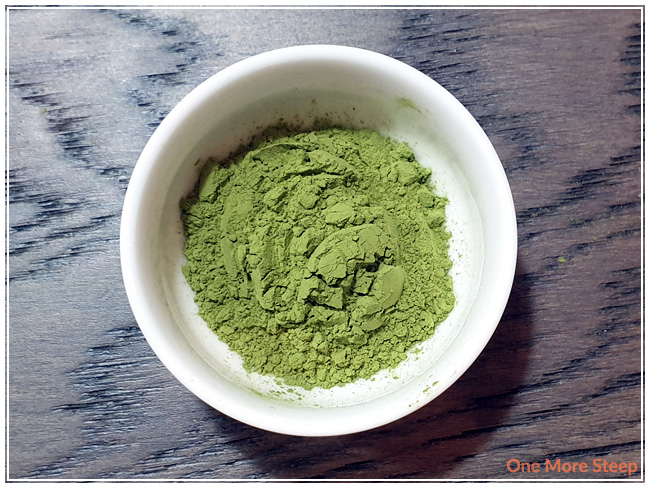 There were no preparation instructions on the packaging that I could find, so I relied on my matcha knowledge. I sifted the powder into my matcha bowl, and then used 175°F (79°C) water and whisked it until it produced a thin layer of bubbles across the top. It was easy to whisk up.

Ceremonial Grade Matcha has some bright spring green bubbles across the top, and a dark green tea. The aroma is grassy. I found when I drank it, that it was quite astringent and bitter. There’s some grassy notes, as well as umami flavour. But I did find the astringency to off-putting. The back of the packaging suggests that it could be used in smoothies or lattes, which I think it might be a good idea. I think it’d be great for baking with as well, or at least adding some sweetener to it to make it more palatable. 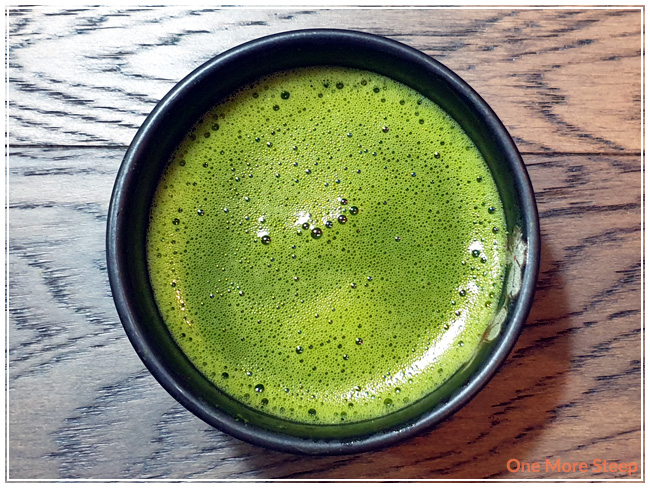 No second steepings with matcha.

I thought that Buddha Leaf’s Ceremonial Grade Matcha was just okay. While I think the grassy notes were pleasant, I found it to be quite bitter and not very pleasant when it was drank straight. But with a little bit of sweetener and milk, it makes for a nice latte so I would recommend using it mixed with something if you’re not a fan of the bitterness.