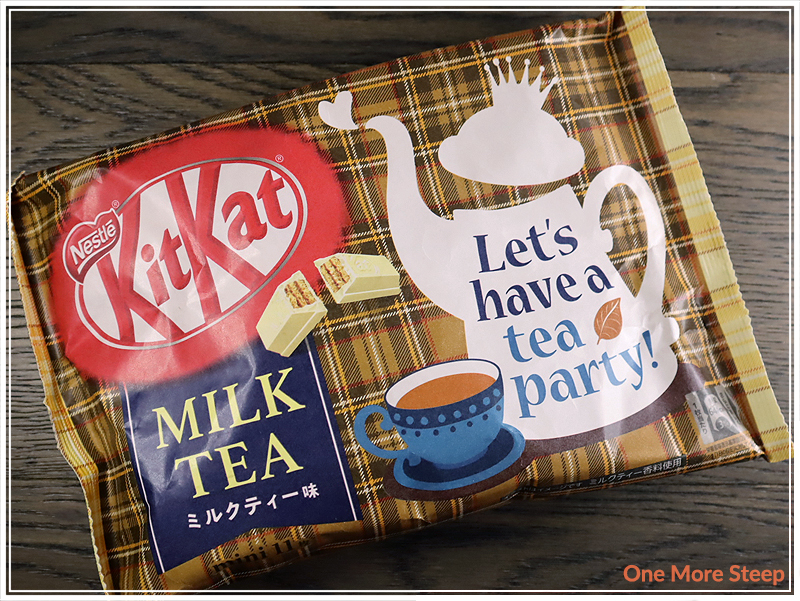 A little trip down the snacks aisle at my favourite Asian grocery store led me to spot these mini tea-themed chocolate bars. A bag of chocolate featuring a tea pot and a cup of tea and inviting me a tea party? Why not! Milk tea-flavoured chocolate sounds like my cup of tea (pun very much intended). 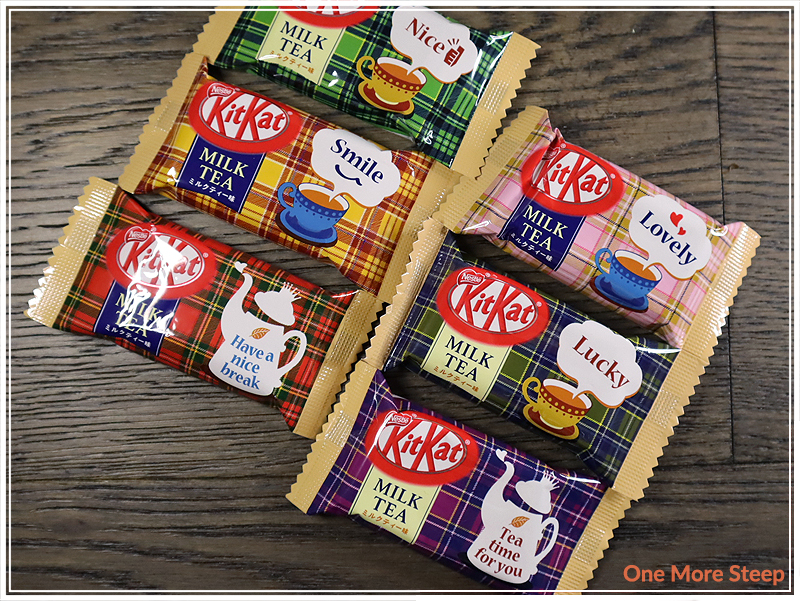 These mini chocolate bars are cute and small – perfect snack size and a nice little treat for a long day at work. The flavour does remind me very strongly of milk tea – it has that black tea mixed with dairy flavour. I do think they’re a bit on the sweet side, but sugar is literally the first ingredient. There’s that familiar wafer layer from the milk chocolate variety, but the tea flavouring is nice, and makes it taste different from the usual chocolate bar. 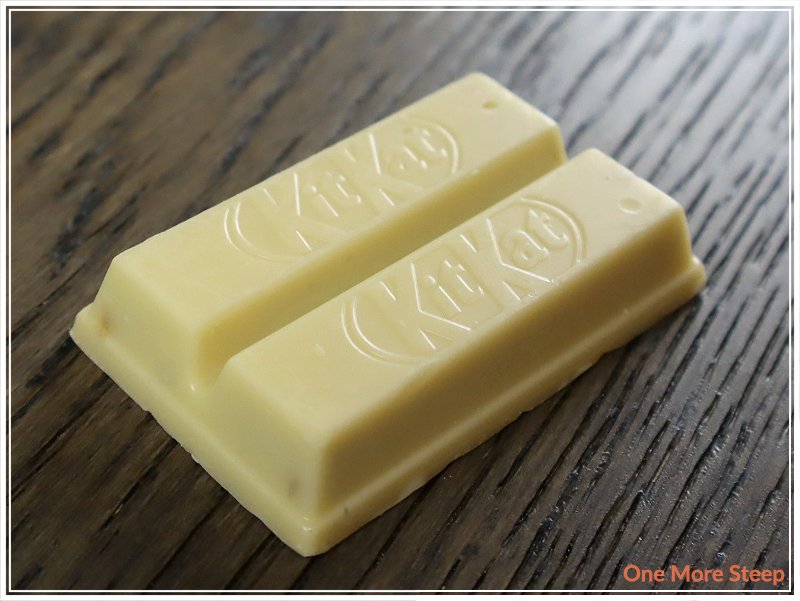 I liked Nestle’s Milk Tea KitKat. I found the flavour to be very reminiscent of milk tea, and the size is great for a snack (perfect as a little pick-me-up during a long twelve-hour shift!). I did find them quite sweet though, so if you’re not of a cloyingly sugary sweet treat this one might not be the one for you. I’ll definitely be enjoying them and finishing off the bag. 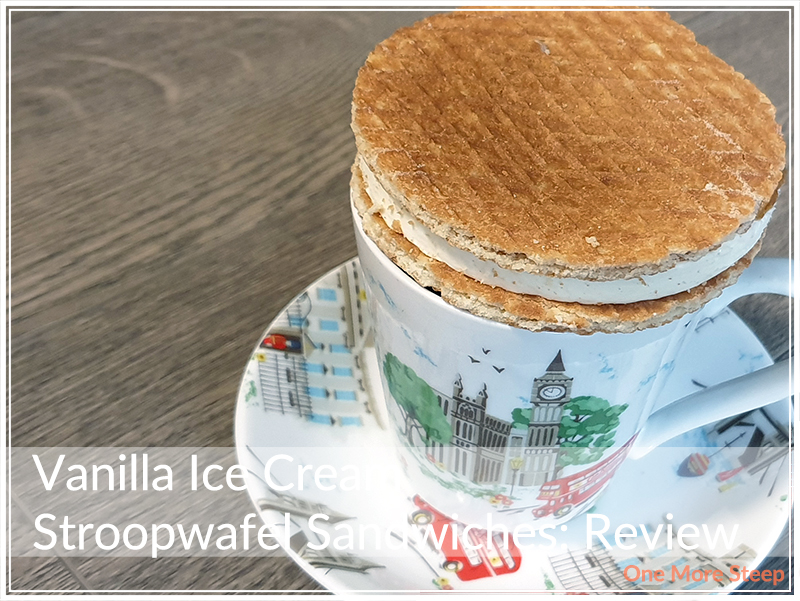 So I spotted these at Costco (it’s a Costco exclusive product, according to the Heavenfull website) and I basically called to my husband to grab me a box because hello, stroopwafels! I love stroopwafels (as evidenced by the #StroopwafelSunday hashtag) and was immediately intrigued and super excited over trying these out. I love stroopwafel and I love ice cream – so why not put both of them together?

Heavenfull is a Canadian company (based out of Toronto, Ontario), and their website states that they give back to SickKids Foundation (benefiting The Hospital for Sick Children) – which I think is a great cause to give back to their local children’s hospital. 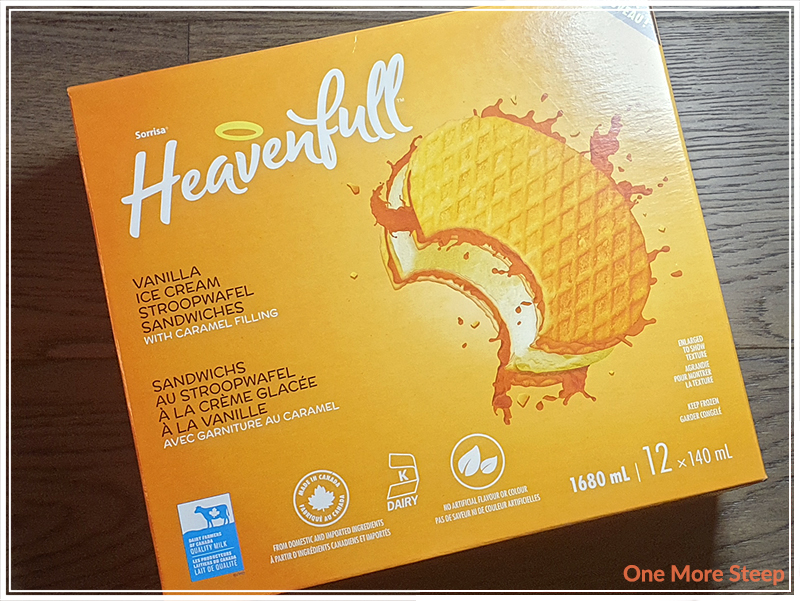 The packaging itself isn’t that exciting – it’s a printed cardboard box with the information about the product, ingredients, nutritional information. The ice cream sandwiches themselves are individually wrapped in plastic. These are definitely not meant to be warmed on top of your cup!

I feel like the sandwich itself is definitely decently sized (on par with the other non-stroopwafel ice cream sandwiches that my husband picked out for himself!). It smells like a stroopwafel (of which I have eaten many by now…), and tastes really good! The cookie itself is soft, and the caramel layer wasn’t as hard to chew as I thought it might be. The ice cream has a really nice vanilla flavour to it that goes well with the soft chew of the stroopwafel cookie sandwich. 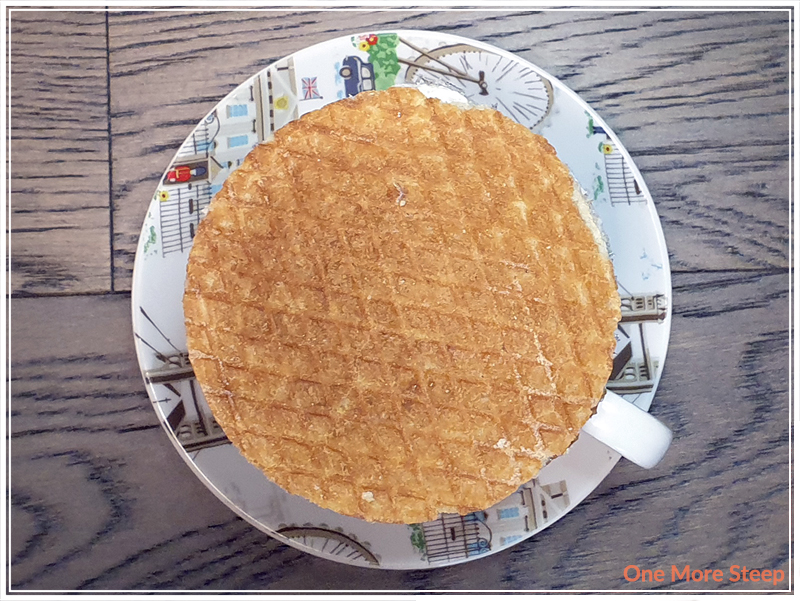 I loved Heavenfull’s Vanilla Ice Cream Stroopwafel Sandwich. It combines my favourite tea time cookie with a thick layer of vanilla ice cream and I am here for it! It has great flavour and the caramel layer is easy to eat – which is always a plus! This just might turn into a summer time staple in my home and I’m pretty okay with that becoming true.