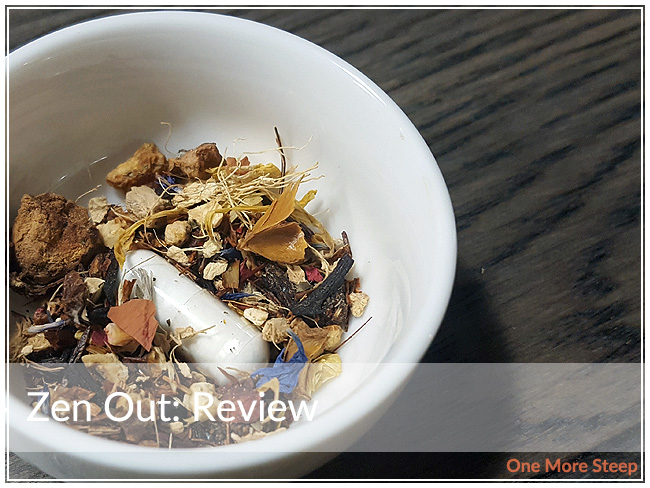 Kailo Tea has provided me with Zen Out for the purposes of providing an honest review.

The second of the teas sent to me by Kailo Tea (the first was Wake Up, which I reviewed earlier this month). This time it’s an herbal infusion with added vitamins so yes, there was another capsule in my tea. This herbal infusion has a great mix of ingredients that smell delightful – I mostly make out the smell of citrus (from the orange and lemon) and the ginger. It smells like a great night time herbal infusion to have since it lacks caffeine. 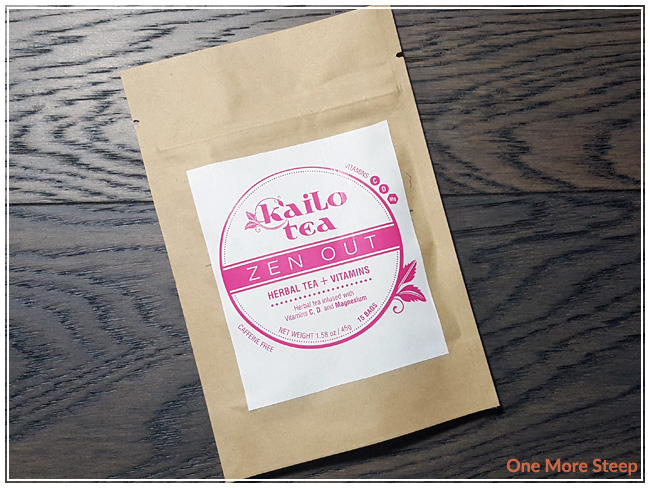 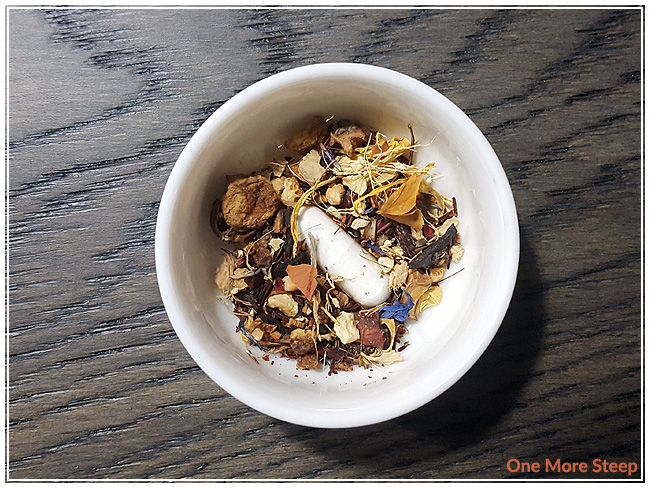 Zen Out steeps to a dark orange, and it slightly cloudy (like it’s Wake Up counterpart, I attribute that to the vitamin capsule). It smells mostly of ginger and citrus. I’m a bit surprised that it’s not more pink because of the hibiscus, which I find always turns everything a deep shade of pink. The rooibos base in this tea does give it that usual medicinal smell. On first taste, I primarily tasted the ginger. Pleasantly, the rooibos base wasn’t overpowering the rest of the ingredients. I typically don’t like rooibos, but the ginger and citrus flavours are strong and pretty much rule over everything else. It doesn’t taste too sweet, although I wish I could make out the rest of the ingredients. 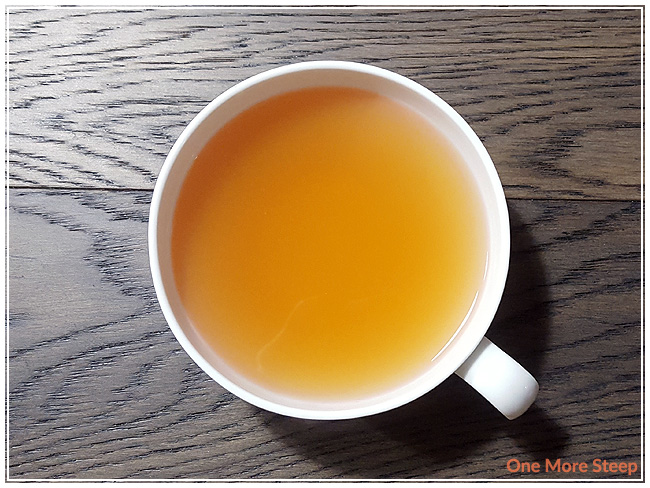 I attempted to resteep Zen Out and found that the flavour to be lacking as it was quite watery. I think Zen Out is best for just one steep. 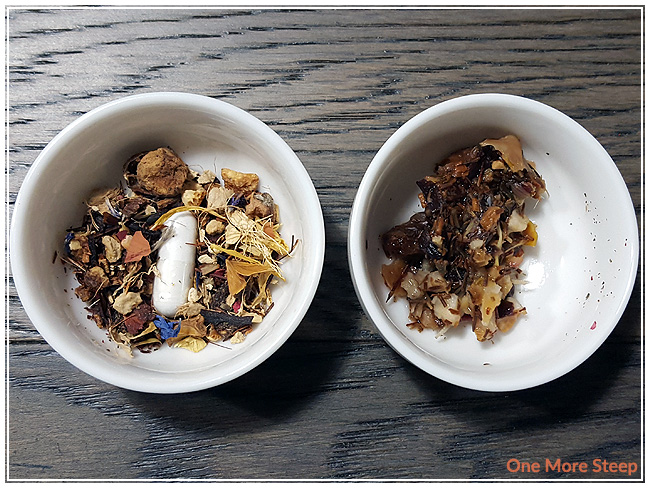 I liked Kailo Tea’s Zen Out. I’m not typically one for rooibos, but I found that the other ingredients in this blend overpowered the medicinal flavour that I don’t like from the rooibos which was a major plus for me. The ginger and citrus flavours are delicious, bright, and yet relaxing. I don’t think it makes me sleepy though, but doesn’t make me feel overly energetic so perhaps it managed to do what its meant to do. 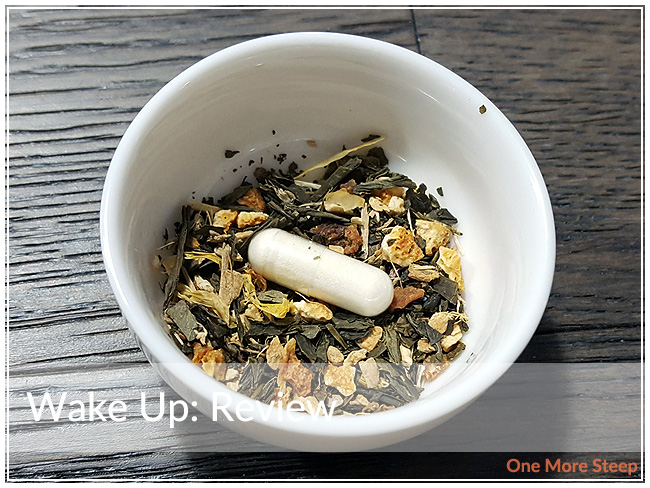 Kailo Tea has provided me with Wake Up for the purposes of providing an honest review.

When Kailo Tea contacted me and asked if I wanted to try their teas, I was intrigued. A Canadian tea company based in Ontario, Kailo Tea pairs tea with supplemental vitamins. Their teas are available in tea bag/sachet form only at this time, as each sachet includes a capsule. Even though I had read online that their tea included vitamins, it still threw me off a little bit to see the capsule inside of the tea bag. 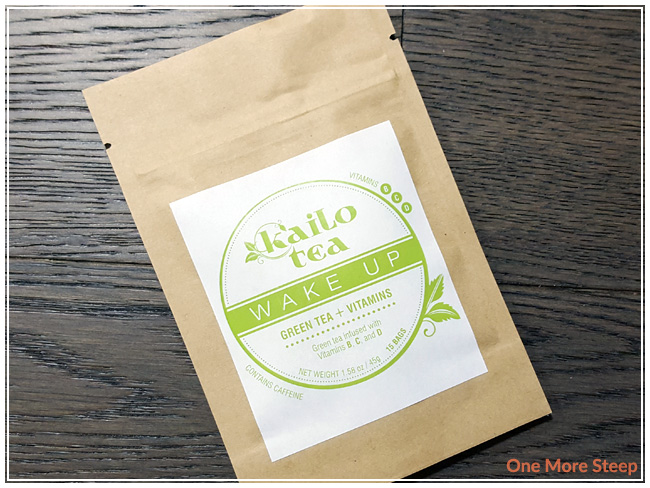 The dry leaf smells strongly of citrus, mint, and ginger. The aromas remind me a lot more of an herbal infusion than of a green tea, but there is green tea in there. Wake Up consists of: organic orange peel, organic ginger root, organic peppermint, green tea, eleuthero root (Siberian Ginseng), calendula, natural and artificial flavours, vitamin D3, vitamin C, and vitamin B (B2, B3, B5, B6, B7, B9, B12). 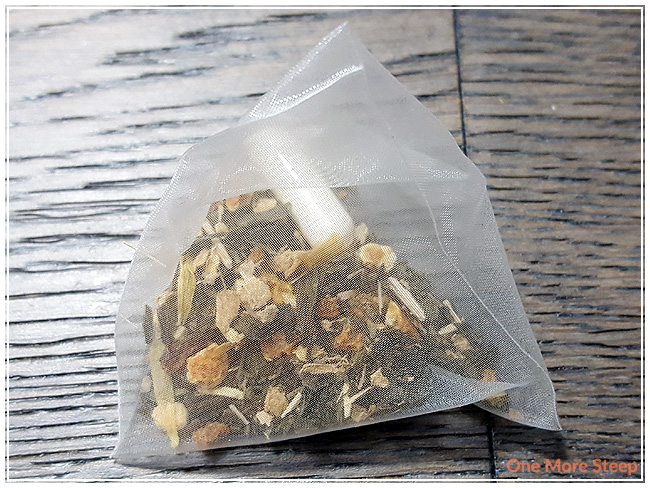 One thing I appreciated on Kailo Tea’s packaging is that they mention consulting your healthcare provider if you are pregnant, breastfeeding, on any medication, or if you have a medical condition. I attribute this extra warning due to the fact that the tea does come with a vitamin capsule. Some medications are poorly absorbed if taken at the same time as vitamin supplements, so it’s always a good idea to check with your physician or pharmacist prior to taking anything with supplements. 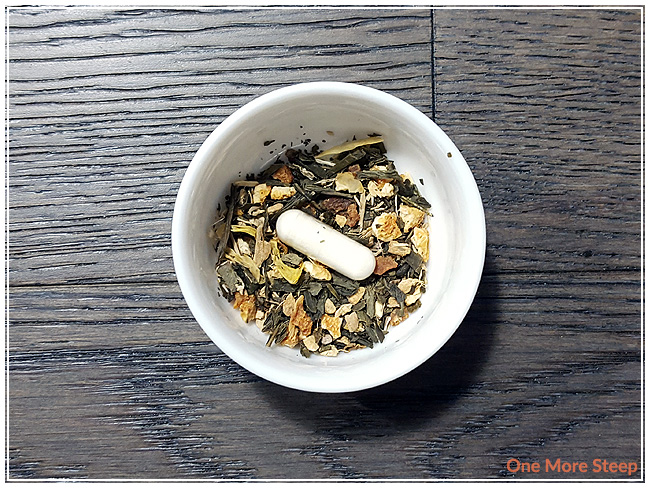 Wake Up steeps to a bright greeny-yellow. The tea is slightly cloudy, which I attribute to the vitamin capsule as that’s the only thing I can think of that might cause the tea to be a bit cloudy out of the ingredients list. The tea smells sweet, and I can make out the citrus and ginger. I wish I could make out the mint, because I love the smell of mint. On first taste, Wake Up has bright flavours. The citrus and ginger combination is sublime. There’s a minty freshness at the end of each sip that I attribute to the peppermint. I can’t smell or taste the green tea base, but the flavours that I can taste are tasty. 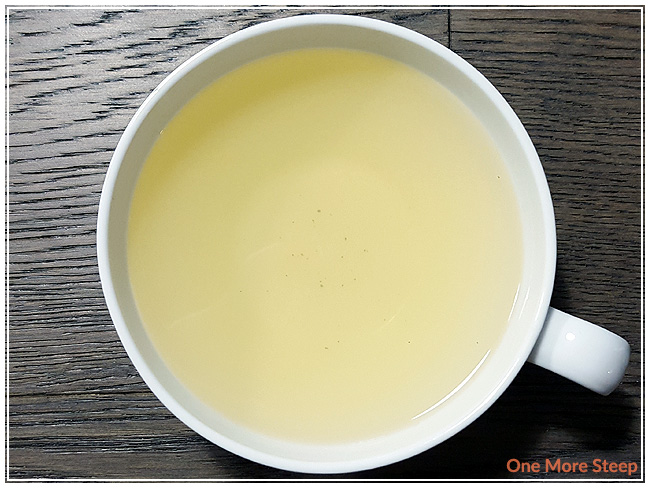 I did try to resteep Wake Up. I found the citrus and ginger flavours to be a lot more subdued and didn’t have the same level of natural sweetness and the flavours weren’t as bright. I would say that Wake Up is good for one steep. 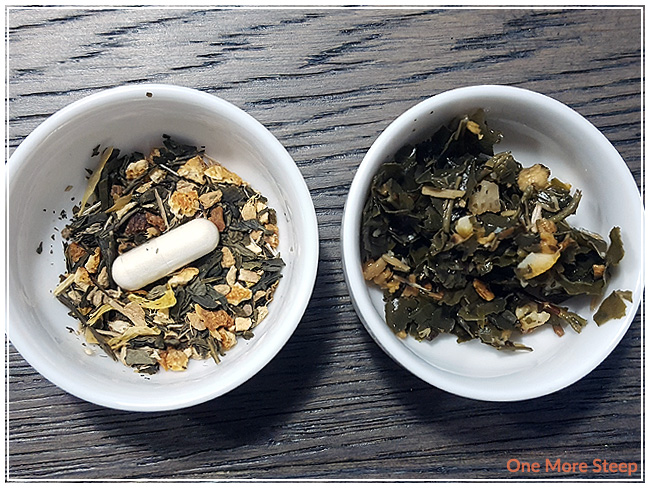 I liked Kailo Tea’s Wake Up. I’m not sure how the vitamins really made a difference in the flavour, but I found that the tea itself had a great flavour profile with the citrus, ginger, and peppermint. The cloudiness to the tea, once you realize it’s from the vitamin capsule, isn’t off-putting. I wish it had held out for one more steep because the flavour in the initial steep was so bright and inviting. I had this tea hot, but because of the citrus and ginger flavours, I think it would do well being iced. It has a nice natural sweetness that I think doesn’t require more sweetener.