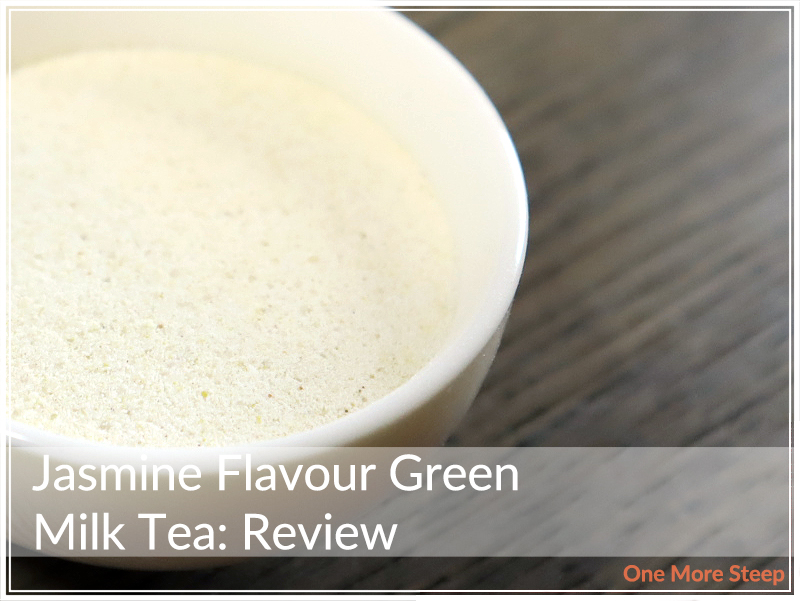 Jasmine Flavour Green Milk Tea was an impulse purchase of mine at my favourite Asian grocery store. Since it’s opened a location in my area, I’ve had a fun time just going down the tea aisle and picking up something new-to-me to try every time I go grocery shopping. 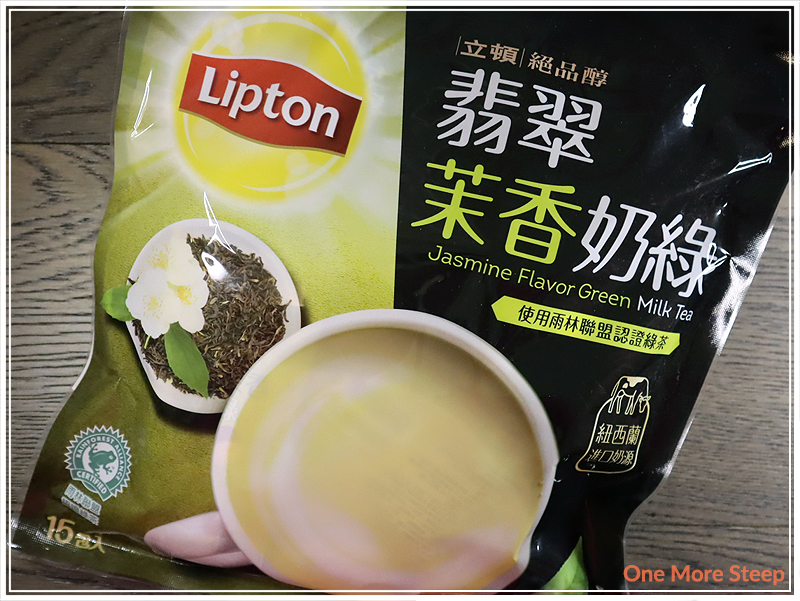 Jasmine Flavour Green Milk Tea intrigued me because I often see a jasmine milk tea as an option on boba tea menus, but I haven’t had the opportunity to get it yet because I often prefer any milky teas that I drink to be of the black tea variety, so why not try it? 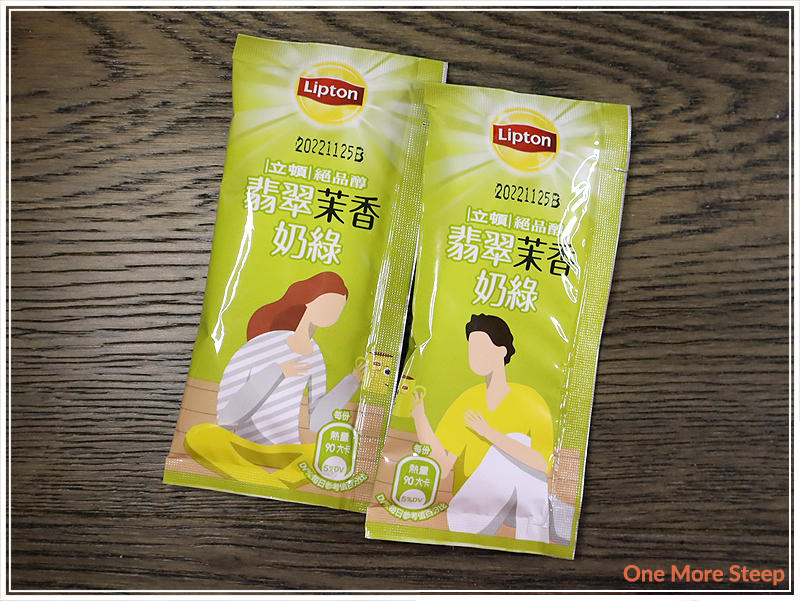 Being a fan of the little details, I like that it forms a picture when you put two of the sachets side by side.

I opted to try it as a hot preparation. 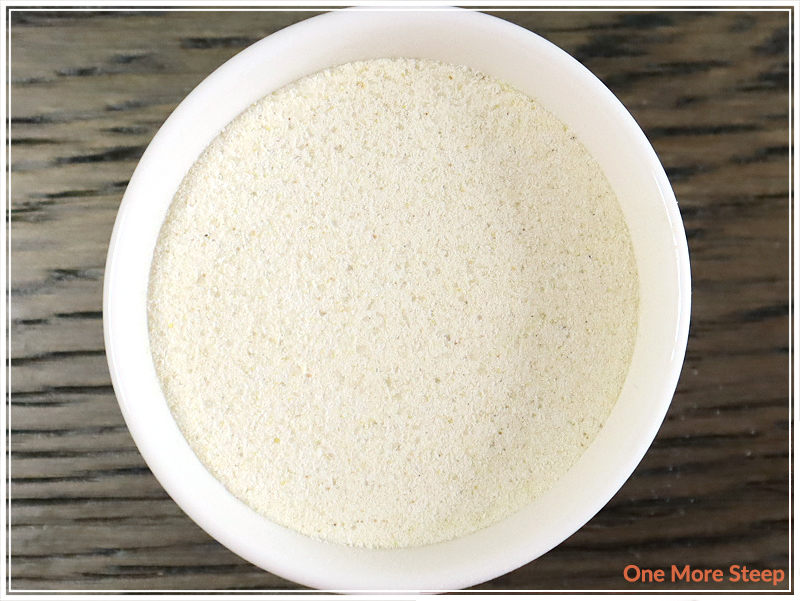 Jasmine Flavour Green Milk Tea mixes up quite easily with hot water, dissolving easily with a quick stir. The aroma is very strongly sweet floral – very over the top, with a very strong jasmine aroma. The flavour isn’t as perfumey as I had expected, based on the aroma of the tea. The flavour is lightly floral, creamy, and very sweet. I find it a bit much (on the sweetener level). 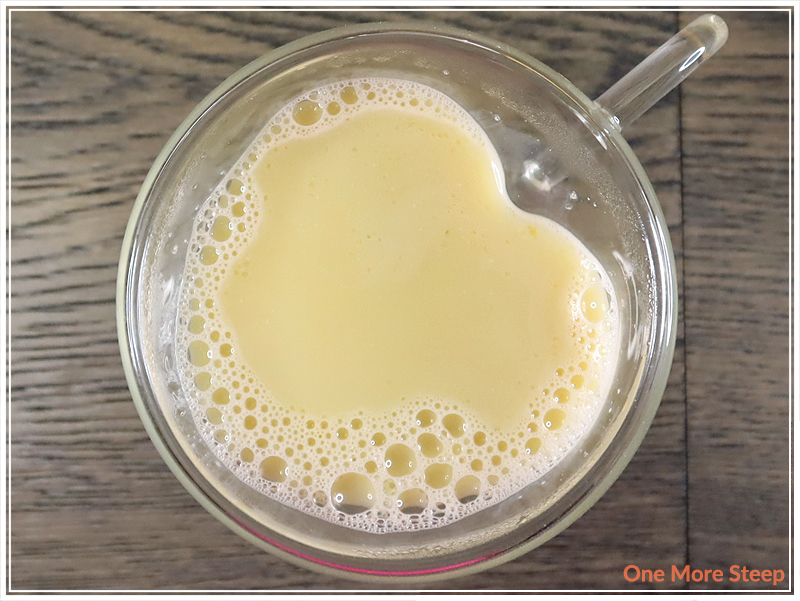 As the powder is part of a drink mix, there are no second preparations with the same mix.

I didn’t like Lipton’s Jasmine Flavour Green Milk Tea. While I can appreciate a nice jasmine tea from time to time (it’s one of my favourites!), I found this tea drink powder mix to be very sweet and very floral in aroma that it was hard to get around that to enjoy the drink itself. I might be persuaded to enjoy it more if it wasn’t as sweet. I will try it again with a more diluted preparation, or more heavily iced – and hopefully enjoy the rest of the sachets. 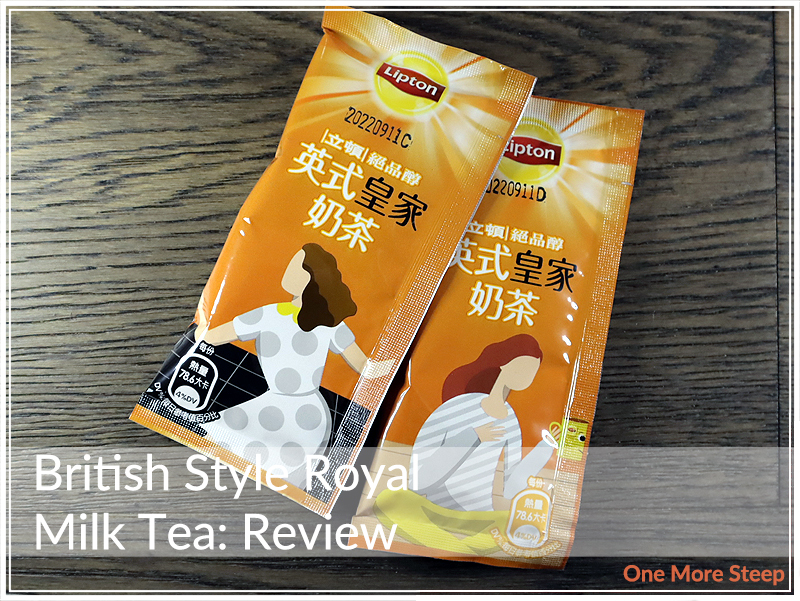 I dived into the depths of the internet to figure out what was the major differences between a British style milk tea and a Hong Kong style milk tea. The biggest difference that I could find? It all comes down to the type of milk being used in the preparation.

Fun fact, I grew up drinking milk purchased at the grocery store in bags, and remember carefully cutting the corner off when it came time to opening a new bag of milk. I’m not sure when it was phased out in my province, but I haven’t seen bagged milk in forever. Last I heard, it’s still available in parts of eastern Canada. 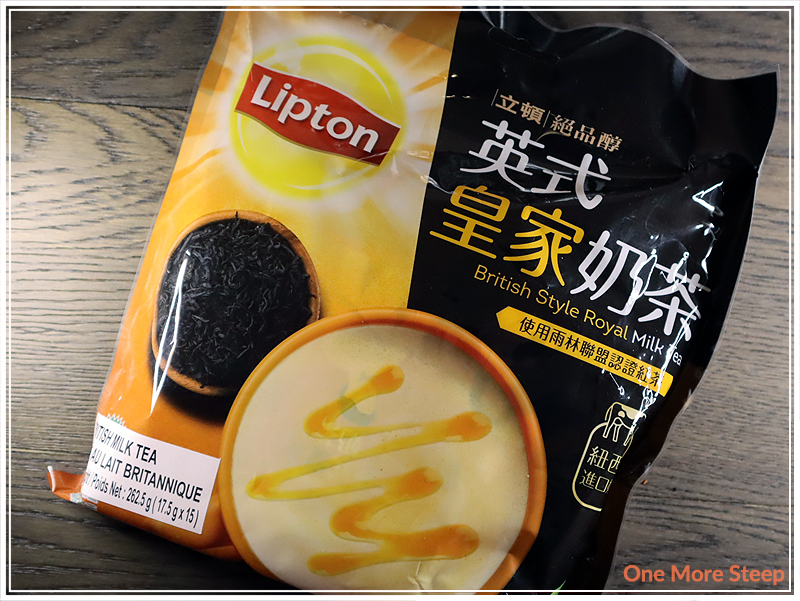 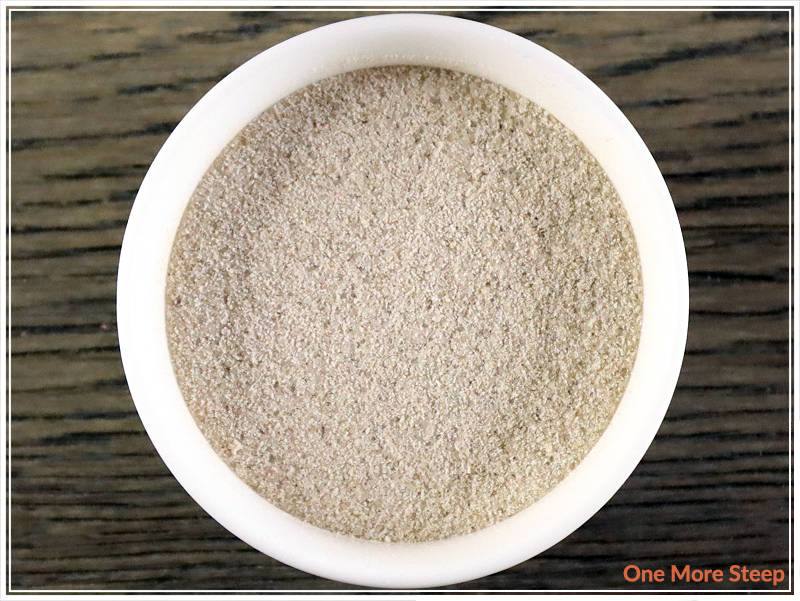 British Style Royal Milk Tea mixes up quite easily into what looks like milk tea. It fully dissolves well with a quick stir of a spoon and I’m left with a cup of milky looking tea. The aroma reminds me of a milk tea, with obvious notes of dairy. The flavour of British Style Royal Milk Tea is interesting. While there is the sweetness from the sugar, I wouldn’t call it overwhelmingly sweet. The black tea base is a touch astringent and even almost bitter. The dairy carries it through with a bit of a creamy aspect to it, but it’s not as rich as I’m used to with a milk tea. British Style Royal Milk Tea almost seems like it’s trying to be like a Hong Kong style milk tea, but missing the marks on smoothness when it comes to the black tea base. 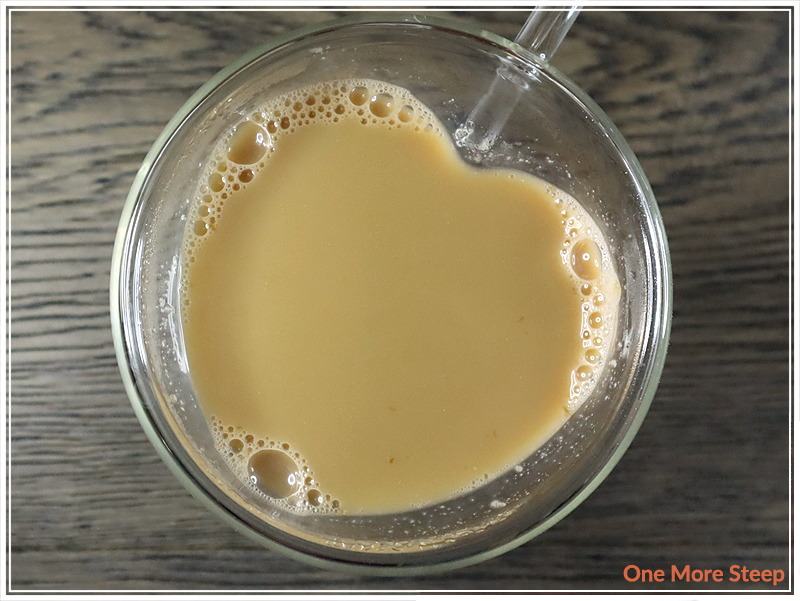 As British Style Royal Milk Tea is a powder/drink mix, there are no second steeps with the same powder.

I thought that Lipton’s British Style Royal Milk Tea was just okay. There’s something about British Style Royal Milk Tea that I liked when drinking it, but the astringency and bitterness that exist in the cup due to the black tea powder that was used in the creation of this drink mix lends itself to being a bit meh. I think coffee drinkers/lovers might appreciate British Style Royal Milk Tea more than I do because of that bitterness that might remind them of coffee. But for me, I lean towards more traditional teas, and also sweeter options when it comes to my milk tea. So while I will drink it (and finish the contents of the big package), I’m unlikely to reach for it again when I’m at the store. It’s not undrinkable, but it’s not a favourite. 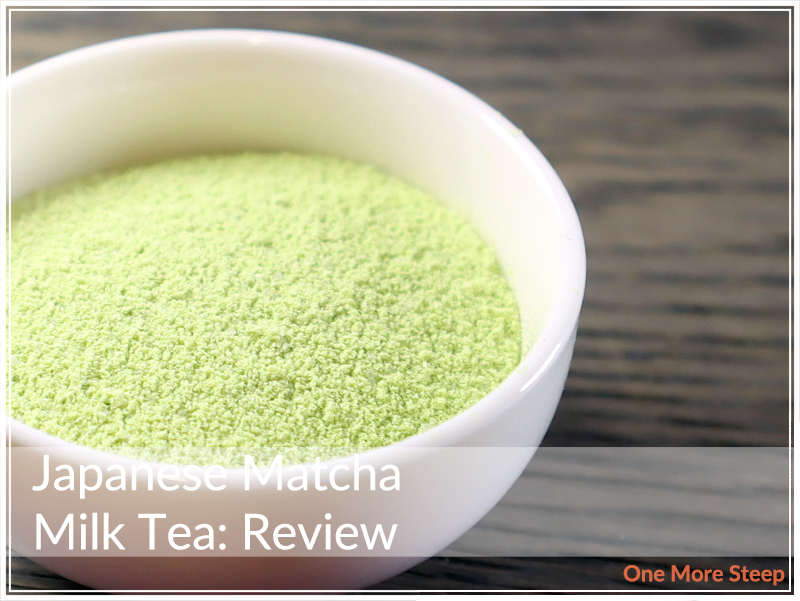 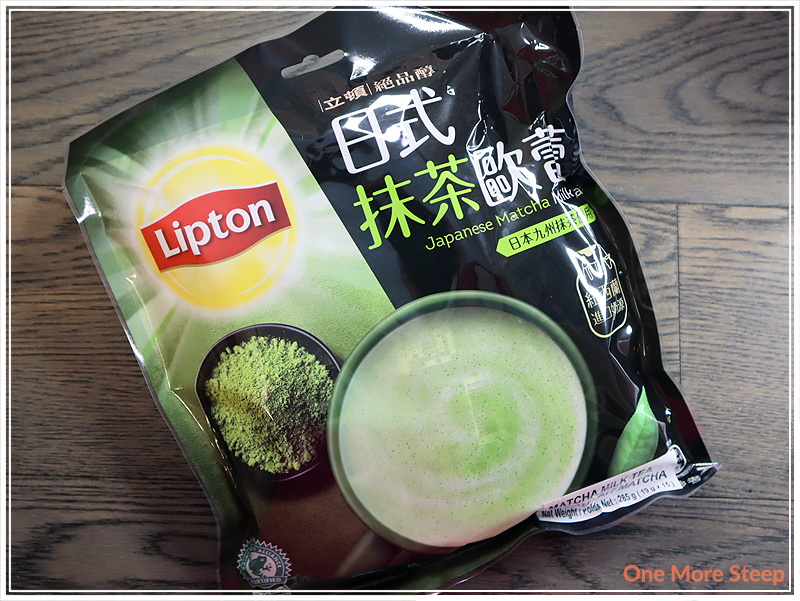 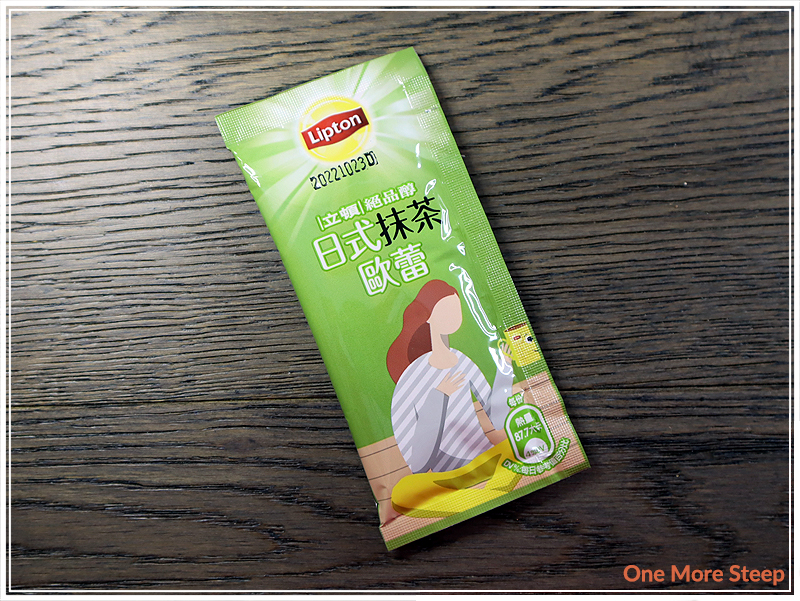 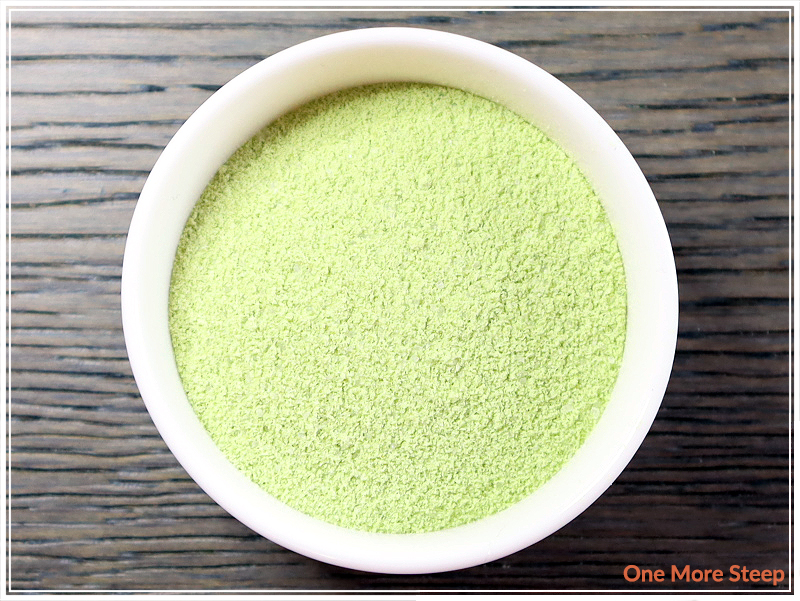 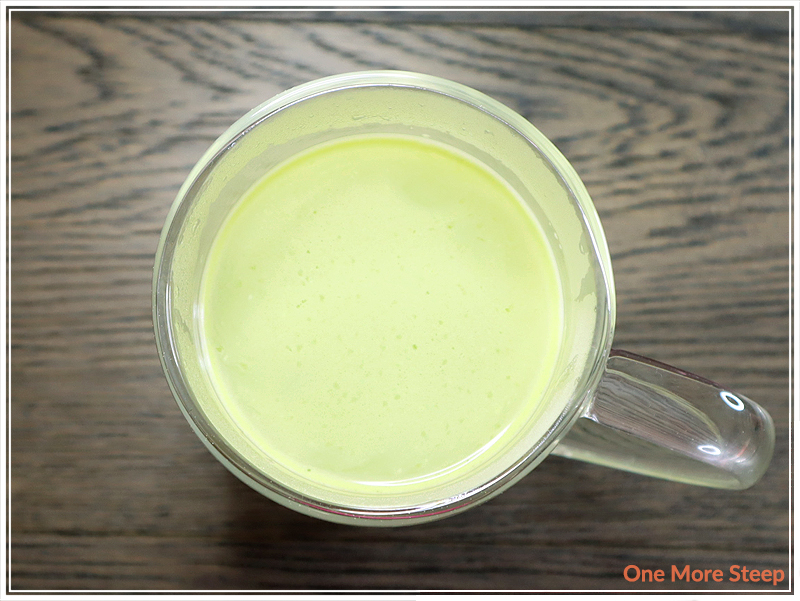