Liquid Proust Teas has provided me with Elixir #9 for the purposes of providing an honest review.
I received this product at no charge to me and received no other compensation. 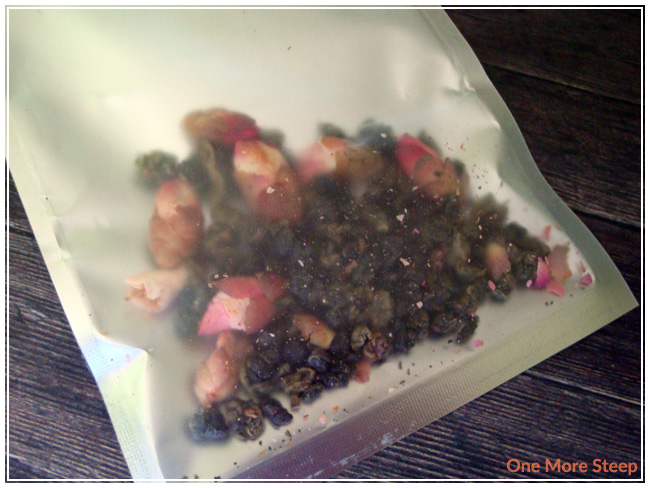 There are some teas that just make me go ‘awe’ at how pretty they are, and Elixir #9 is one of those teas. It’s definitely the peach blossoms that do it for me, because I’ve never seen peach blossoms in a tea before so I’m curious about how it’ll look when steeped. All of the oolong is rolled up into tight little balls, so I’m curious about how big the leaves actually are, given that they’ll unfurl when steeping. 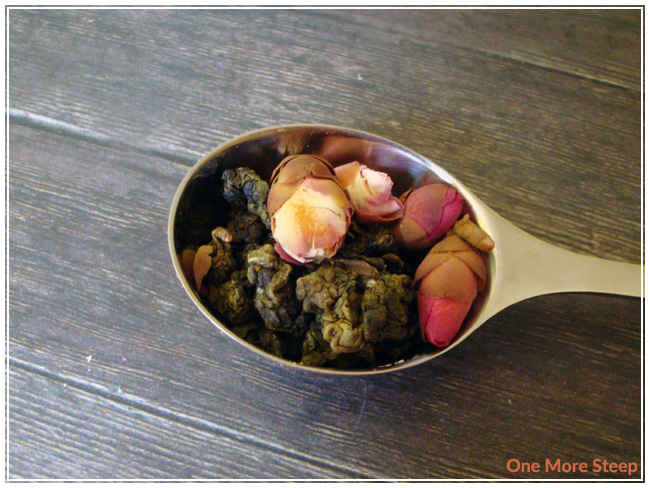 Elixir #9 is made out of green oolong (Vietnamese tung-ting), peach blossoms, and flavouring. After opening the bag, the first thing I smell is the beautiful smell of the tea leaves. Along with the smell of tea, it smells a bit sweet in a floral way but it also reminds me of longan at the same time. Given that the tea looks amazing, I looking forward to giving it a try.

The oolong unfurls beautifully when steeping, the peach blossoms darken a bit in the hot water but otherwise don’t seem to change. The tea is gorgeous though, it smells amazing when it’s steeping. Elixir #9 has a delicate floral scent to it, which is enticing, and it steeps to a beautiful yellow colour. 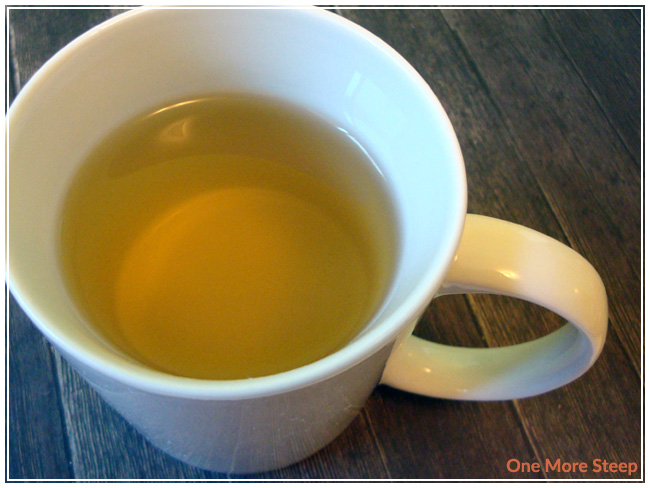 I really wanted to try resteeping the tea, so I did! It tastes just the same for the second and third steeps without any noticeable change in the flavour.

I loved Liquid Proust Teas’ Elixir #9. It has a beautiful aroma, delicate and delicious flavour, and is a pretty tea. Elixir #9 is an amazing tea, and great value in the fact that it can be steeped multiple times without any less flavour. The smooth taste and floral-mixed-with-tea flavour is amazing – plus that wonderful yellow colour is a delight in a cup!

Liquid Proust Teas has provided me with Peach vs. Bergamot for the purposes of providing an honest review.
I received this product at no charge to me and received no other compensation.

“Always try to keep a patch of sky above your life.” – Marcel Proust, Swann’s Way 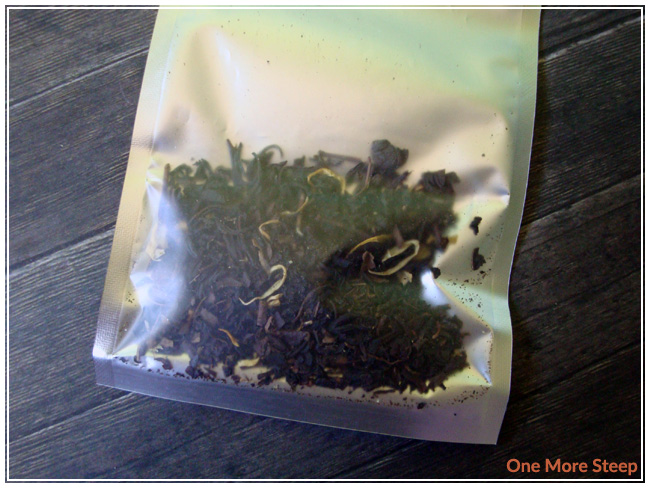 I was more than a little bit excited about this tea when I read the name because I really love Earl Grey teas so anything with bergamot oil gets me excited. Opening the bag to take a sniff, the first thing I can smell is peaches and it smells sweet – it reminds me a lot of fuzzy peaches candy. The underlying scent has some citrus notes to it, which I would think is the bergamot but it doesn’t pack a wallop like in some Earl Greys that I’ve had before. This is a lot more subtle, since the peach scent is definitely overwhelming the bergamot. If this was an actually some kind of match between peach and bergamot, I would say that peach is already winning in the fragrance department! 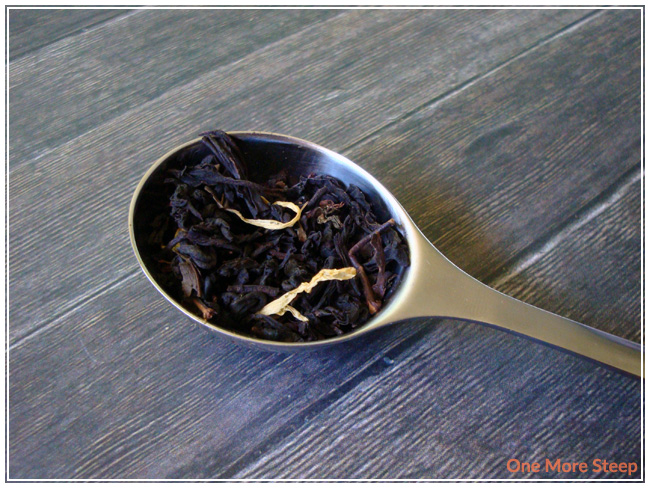 Peach vs. Bergamot contains: Formosa oolong, marigold, and flavouring. Without more information, my best guess is that the flavouring includes peach and bergamot. The marigold is easy to pick out, the oolong has subtle twists in the leaves. They are an amazingly dark colour though, and the flavouring stands out to the point that it is overwhelming to the natural fragrance of the tea.

Liquid Proust Teas recommends steeping Peach vs. Bergamot in 185°F (85°C) water for 3 minutes, I steeped for about 3 minutes.

Peach vs. Bergamot is a beautiful, clear golden brown colour and has a very light peach fragrance. I don’t really smell any bergamot, but the peach is very nice. With the first sip, the peach flavour is subtle and the oolong flavour comes out quite well despite it being hard to smell when the tea was dry. The tea is pleasant – smooth, no bitter notes. The peach flavouring is a quite nice pairing with the oolong. Because the flavouring isn’t overwhelming, oolong comes out in tea after steeping. I don’t really get any hints of bergamot flavour though, there’s no punch of citrus that I am used to from Earl Grey, but the peach is so pleasant that I don’t even care that I can’t taste the bergamot. 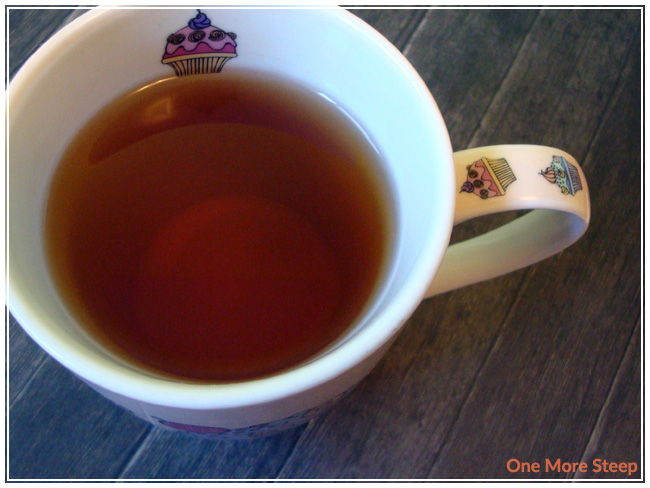 Steeping Peach vs. Bergamot again, most of the light peach flavour is gone and I get the full effect of the oolong. It actually resteeps quite well, despite not tasting the same. The second (and also third!) steep of Peach vs. Bergamot brings out more of the straight oolong taste as most of the flavours are gone. Because the flavour changes so starkly, it’s almost like getting to try a whole new tea.

I loved Liquid Proust Teas’ Peach vs. Bergamot. In a battle between peach and bergamot, peach is the winner – but the clear champion overall is the oolong. The peach flavouring lasts well for the first cup, but each subsequent steep brings out more and more of the oolong and it’s a beautiful flavour. I think the first steep would also make a really nice iced tea, the delicate peach flavour lends itself well to a tea for summer and would probably taste fantastic with some ice, maybe a fresh sprig of mint. Hot though, the tea is great and I love the changes in flavour as the oolong comes out. 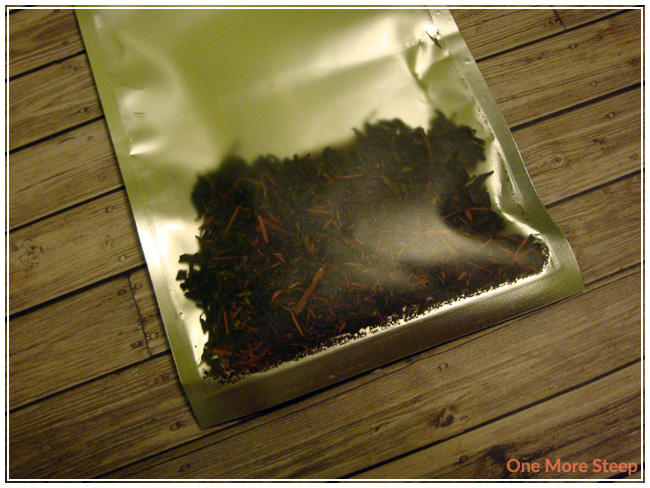 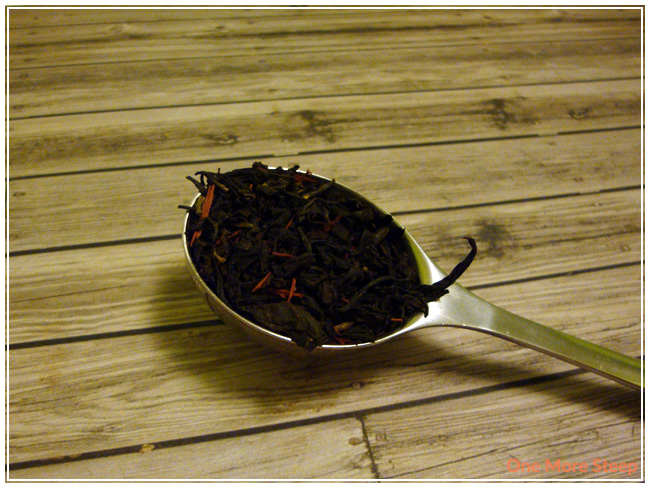 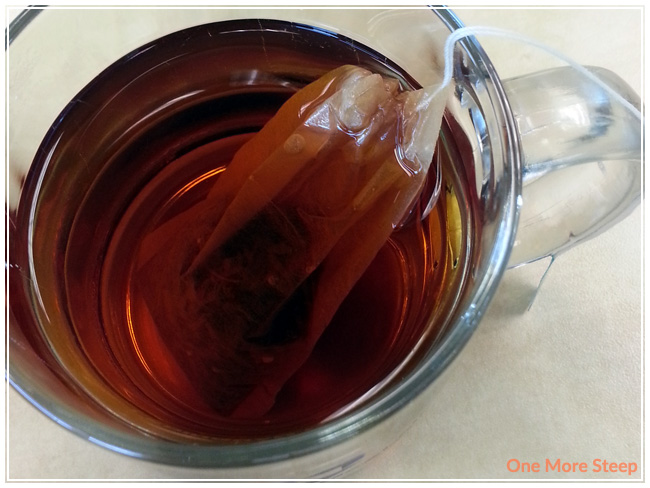