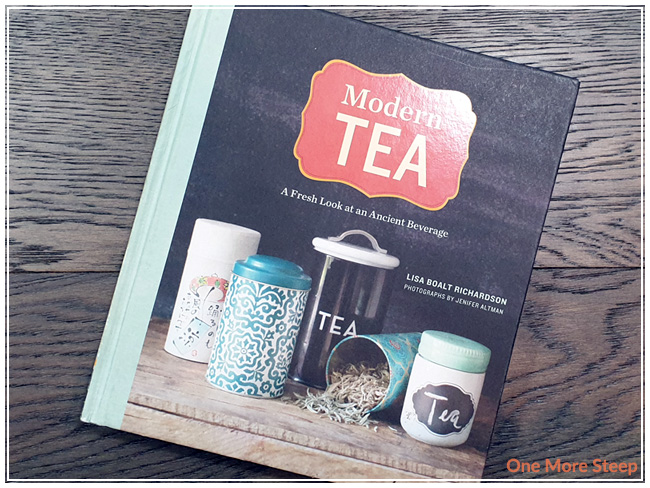 Modern Tea by Lisa Boalt Richardson is a book that I purchased early on in my tea blogging days (so likely circa 2016 or so). It’s a small, square book – hardcover, with full colour illustrations. The book itself is split into five generalized chapters: What is Tea?, The Art of Tea, Tea Ceremonies and Rituals, Beyond the Cup, and The Buzz About Tea.

In the first chapter, What is Tea?, Richardson touches on the types of tea, tea production and farming, and examples of specific types of tea within each type of tea (white, green, etc.). The photos are lovely, although not as vibrant as I would expect from a colourful illustrated book. The second chapter, The Art of Tea, covers how to prepare tea, equipment and water, and also has a section on how to eyeball water temperature without a variable temperature kettle – although for the sake of simplicity, I still prefer the ease of selecting a button for my preferred water temperature. 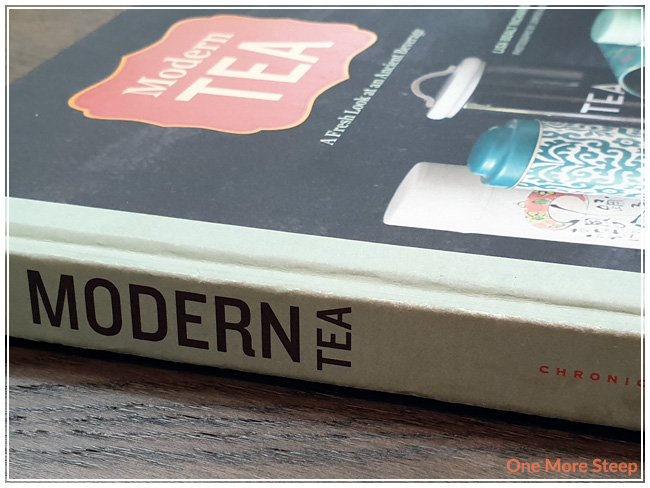 Tea Ceremonies and Rituals was the most fascinating to me, because Richardson goes over various cultures and their ceremonies – Chinese, Japanese, Moroccan, to name a few. With photograph examples of most, it’s nice to contrast and compare the teaware between cultures. Beyond the Cup goes over cooking with tea and also food pairings, which is something that I do reference when I’m thinking about my tea recipes. The Buzz About Tea covers caffeine, fair trade, environmentalism, and health benefits – although I think we’ve come a long way in science and understanding about tea since 2014, since matcha has spiked in popularity in the western world and more people in the western world are setting aside coffee for tea.

Things That Stood Out

I loved that Richardson included information about the difference between high tea and afternoon tea – a distinction that a lot of people don’t understand. If the tea that you’re thinking of includes dainty finger sandwiches, a tiered cake stand, and fine china – you’re thinking of afternoon tea. Richardson also goes over the origins of tea and cha – because of the different dialects of the Chinese language and how the language evolved and changed as it travelled (for example, in India, tea is chai and the Mandarin pronunciation for tea is cha). 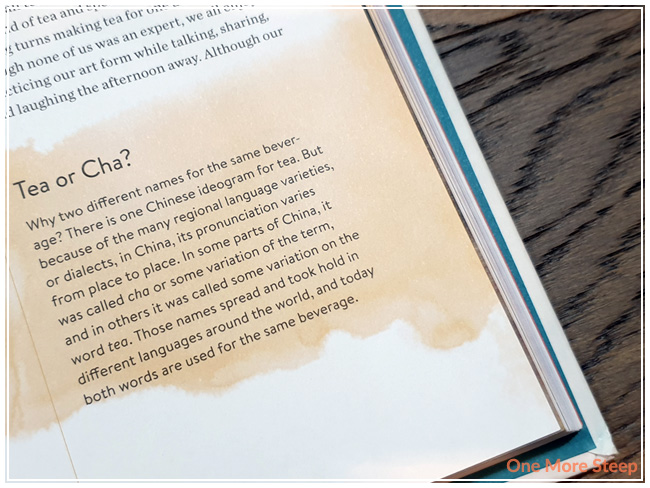 I really liked the section in Modern Tea about how to incorporate tea into food and how to create food pairings. I think it’s a great reference for beginners wanting to add tea to their cooking or baking, because it gives some great examples (but the part that I didn’t appreciate was the lack of actual recipes for testing out the methodology).

I liked Lisa Boalt Richardson’s Modern Tea. I think it’s a fantastic book for those who are interested in tea, or a beginner tea fan. Richardson covers the basics of tea fairly well and in a language that isn’t too complex. I do think that if you’re more into the tea scene, you might find it not as informative because you might already know a lot of the information – but it doesn’t mean it might not be a great addition to your tea shelf. Richardson lays out the information in a great format that is easy to digest with some pretty photography. At the cover price, it’s not unaffordable and might even be available via your local library (which I always encourage trying first in case you can’t find a copy of it, since it was published in 2014).