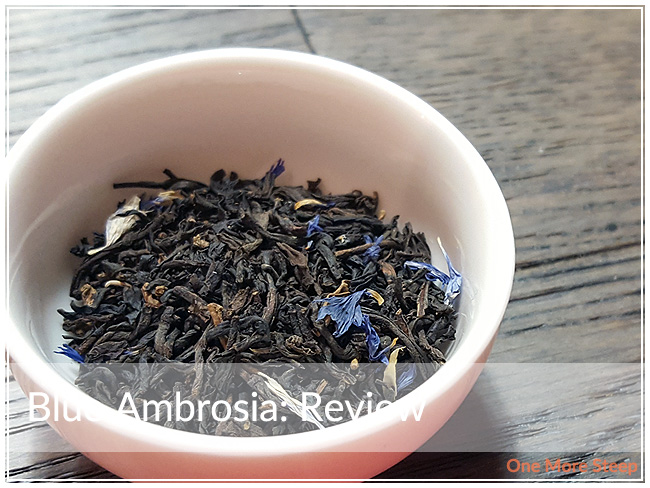 Blue Ambrosia by Tea in Texas is the third of the Tea in Texas trio of teas that I received for my birthday last year, and when I smelled the dry leaf, I was beginning to think that I had saved the best for last. Blue Ambrosia has this amazingly fruity smell to it. It reminds me a bit of pineapples and mango, so it wasn’t that big of a surprise to read the label on the bag that suggests that it’d be great for an iced tea. 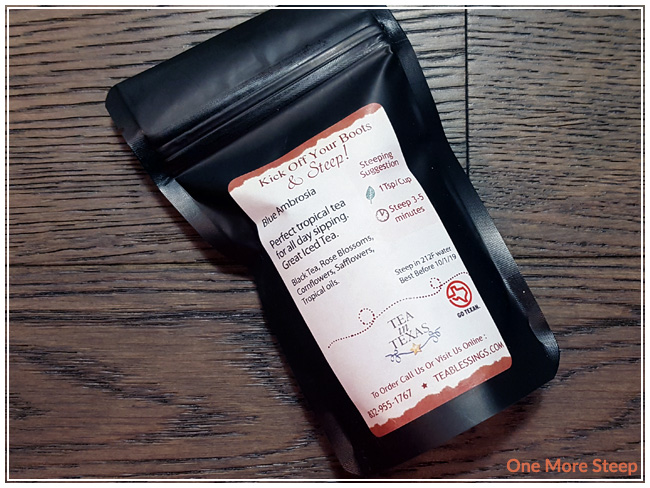 Blue Ambrosia is made up of: black tea, rose blossoms, cornflowers, safflowers, and tropical oils. I do wish that they had included what the tropical oils were, but alas, they did not. 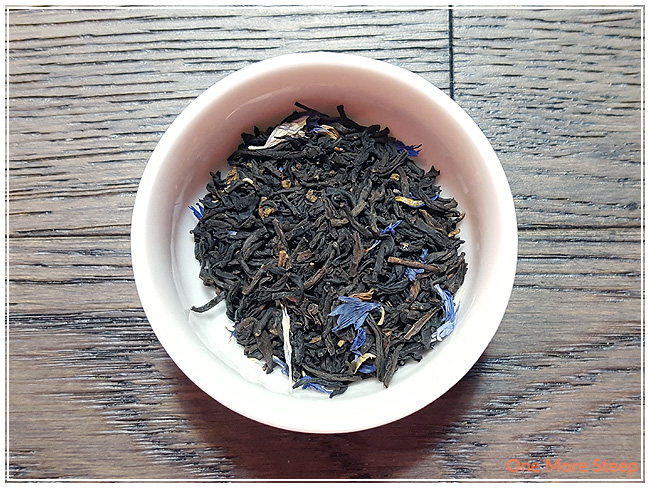 The steeping instructions for Blue Ambrosia are to steep in 212°F (100°C) water for 3 to 5 minutes. I opted to steep for 4 minutes.

Blue Ambrosia steeps to a dark orange, with a beautiful fruity aroma. When tasting the tea, I found it to be smooth with zero astringency. The flavour of this tea has a sweetness to it, which I attribute to the flowers mostly. The tea is quite tasty, and I enjoyed the fruity flavours. I wish I knew which tropical fruits were represented in this blend, but it does have a great fruit flavour to it with a slight floral flavour. 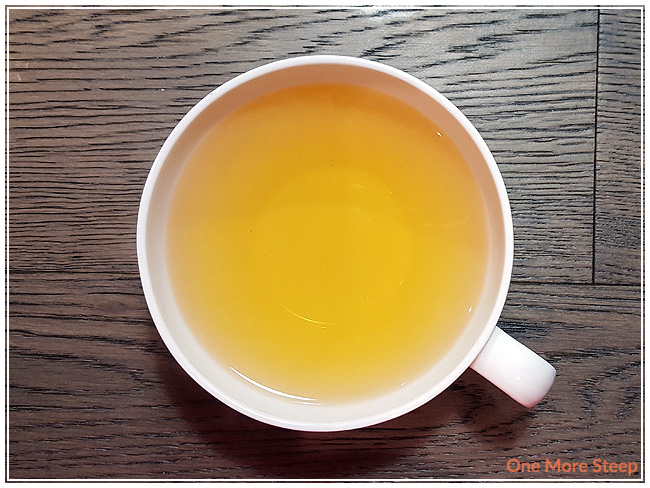 As an aside, Tea in Texas is accurate in this tea being a great iced tea.

I resteeped Blue Ambrosia, and found that while that the floral flavours and sweetness were much stronger in the first resteep of these tea leaves. However, the tropical flavours were quite weak and mostly gone. I’d say that if you enjoy the fruity flavours, then Blue Ambrosia is good for one steep. 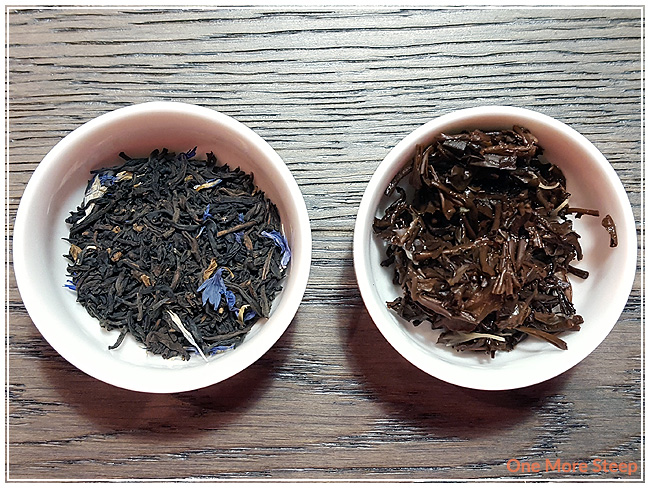 I loved Tea in Texas’ Blue Ambrosia. I really enjoyed the flavours of this black tea blend. I wish I knew what the fruity flavours lasted more than one steep, because that was one of my favourite aspects of this tea. The shift from fruity to floral still makes this tea tasty though, and I found that Blue Ambrosia had a very sudden shift in flavour and still didn’t need any sweetener added to it to make it a delicious cup of tea. 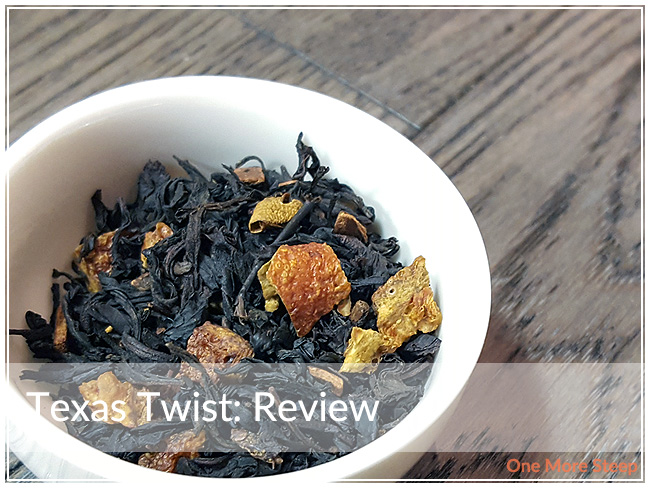 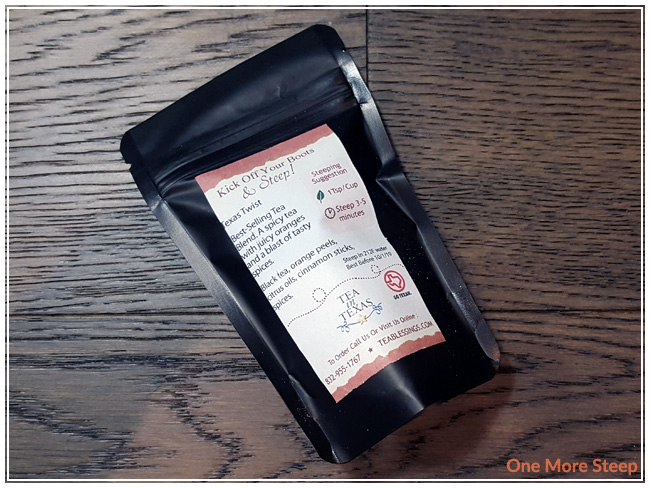 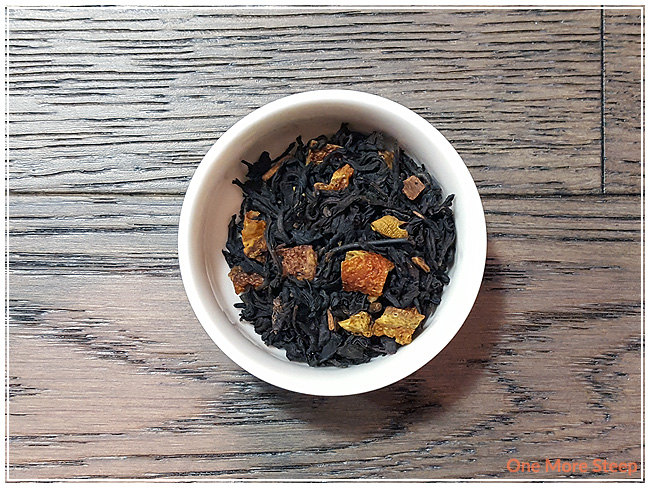 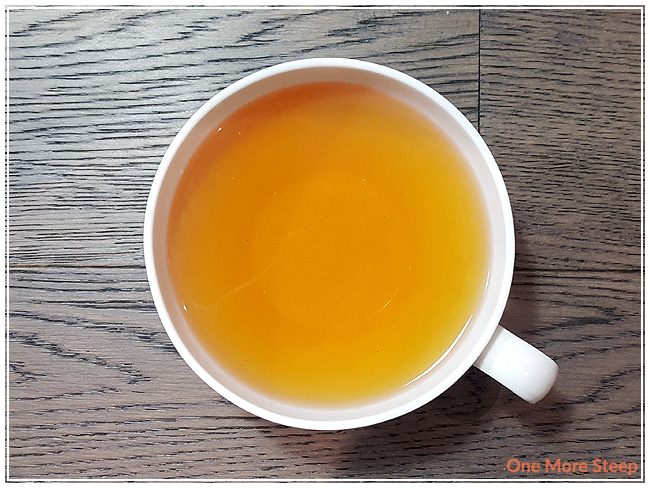 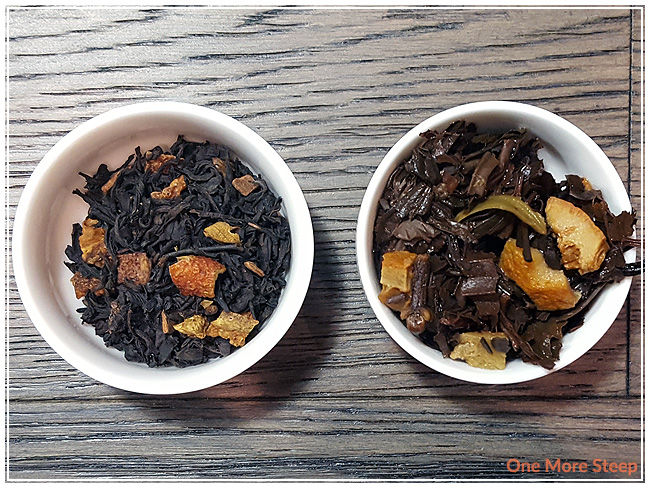 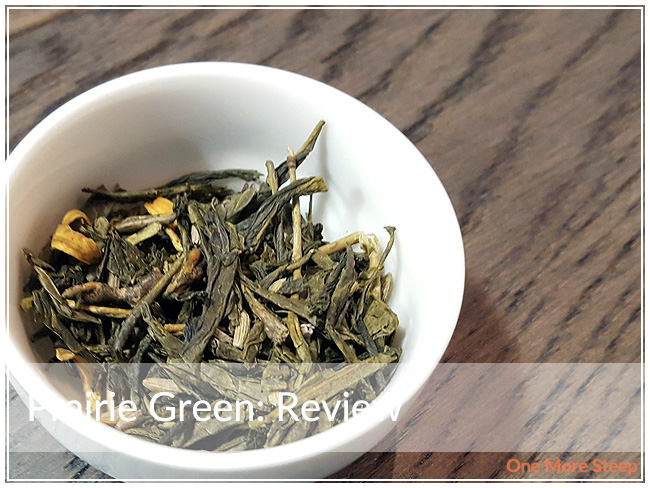 I got a trio of teas blended from Tea in Texas as a birthday gift this year, and this review is of the first one that I tried – Prairie Green. What drew me most of this tea as I was smelling the aroma from the dry leaf is the bright freshness of the orange and lavender in the blend. The citrus is fresh smelling, and the lavender has a sweet floral aroma. 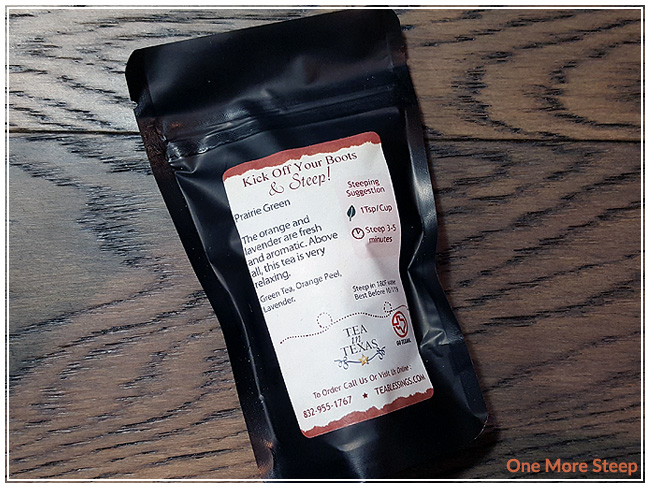 Prairie Green is a blend of green tea, orange peel, and lavender. All of the three ingredients are visible in the green tea blend. 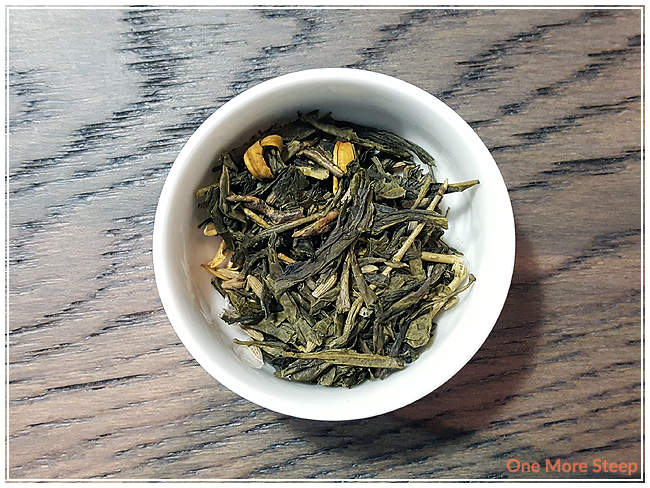 Prairie Green steeps to this beautiful yellow. The aroma that wafts up from the steeped tea as I poured from teapot to teacup was one of mostly citrus and lavender. The aroma is so inviting. The lavender is light and strong enough to be noticed over the orange peel. The citrus notes are fresh, bright. I can make out the green tea base – it has a vegetal undertone that is nice. When I sip this tea, I can taste the individual ingredients and yet they’re blended so well. I find that there’s a great floral taste, a sweetness to the citrus, and there’s the vegetal earthiness to the green tea base that’s so inviting. The tea lacks bitterness and astringency at the temperature and length of time I initially steeped it for. 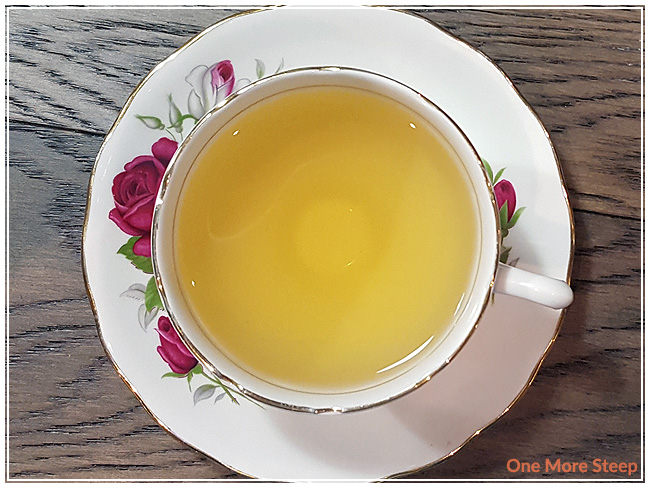 I resteeped Prairie Green twice, adding an extra 30 seconds per steep. I found the first resteep to be just as bright in citrus flavours, although the lavender wasn’t as strong. The green tea is beautiful to watch unfold, and the vegetal flavours are delicious. The second resteep is less vibrant in flavour, but still tasty. 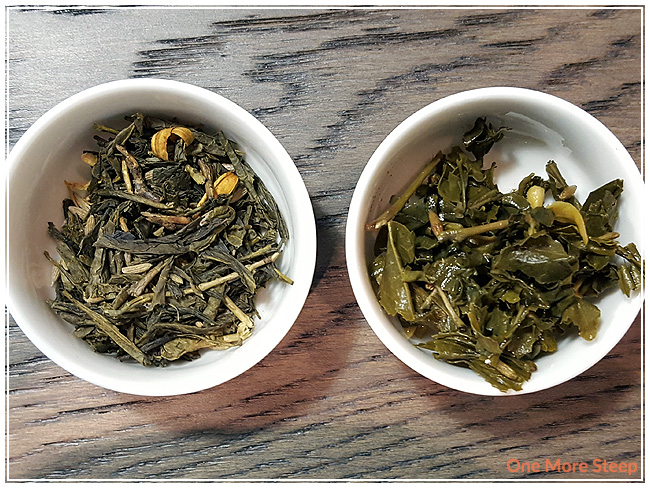 I loved Tea in Texas’ Prairie Green. There’s just something really inviting by this blend of green tea, orange peel, and lavender. I really enjoyed the citrus notes in the dry leaf and steeped tea, while the floral notes from the lavender carried over well to the tea. I thought the tea steeped well, and would definitely recommend a second steep of the same leaves. It would go great with savouries, but I also think it would be an excellent tea iced because of the citrus flavours.