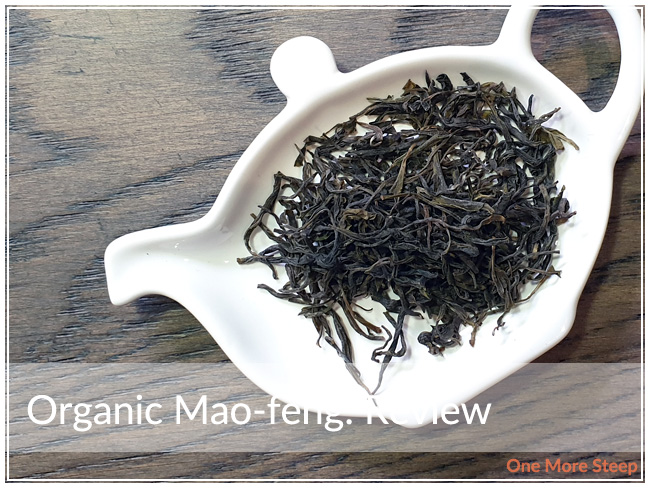 Organic Mao-feng comes in a sealed matte black pouch that is resealable (so great for proper tea storage!). It honestly feels like there’s a lot more than 50g in the pouch because of the fact that this is just such an airy tea and takes up so much space – which isn’t a bad thing because then I know that the leaves aren’t being crushed in a tiny space. 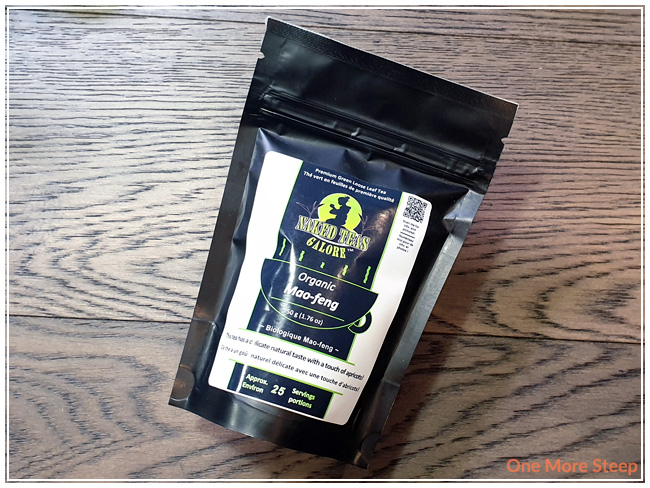 The leaves of this Chinese green tea are wiry – mostly brown with some hints of a dark olive green. The aroma of the dry leaf is primarily dry apricots and some grassy notes. It’s quite appealing and doesn’t smell too vegetal, which is a nice quality of this green tea. The tea is from the Zhejiang Province of China. 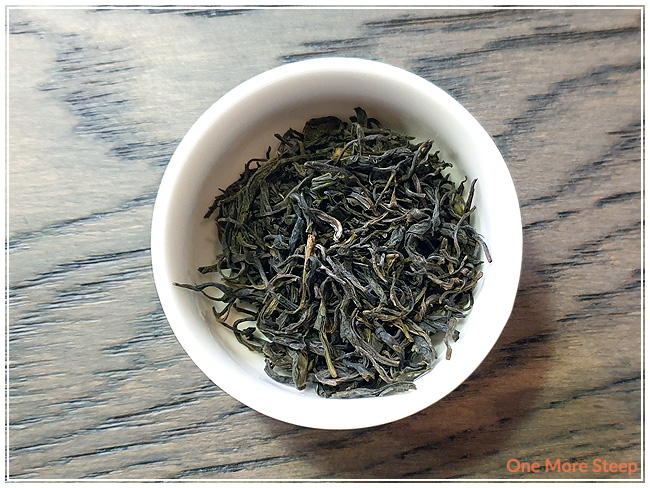 Naked Teas Galore recommends steeping Organic Mao-feng in 70-80°C (158-176°F) water for 1 to 3 minutes. I used my Breville IQ Kettle to heat the water to 79°C (175°F) water and then allowed it to cool for a few minutes prior to steeping the tea leaves for 2 minutes.

Organic Mao-feng steeps to a bright yellow, it’s really sunshine-y and inviting – which I like! There’s light sweetness to the tea, which reminds of apricots again. It’s not overwhelmingly fruity, which is nice considering I’m drinking a straight tea. For the amount of time that I steeped it for, I found that the tea was smooth with no bitterness or astringency. 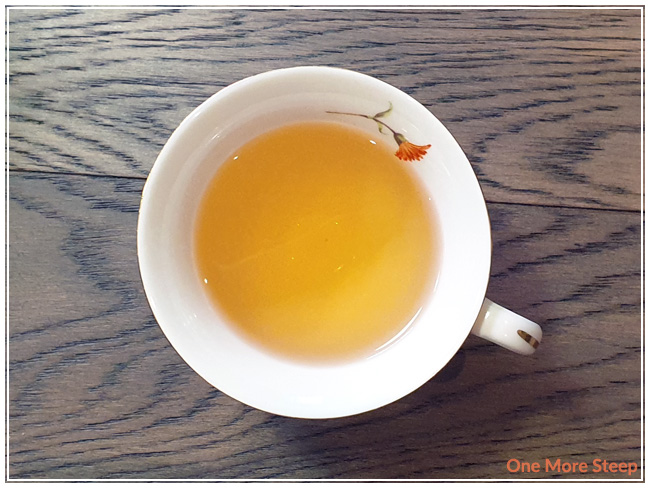 I resteeped Organic Mao-feng a total of five times, opting to add an additional 30 seconds for each subsequent steep. I found that the tea steeped a little bit darker each time, and tasted consistently the same as my initial steep of Organic Mao-feng, but did get weaker in flavour after the second resteep. 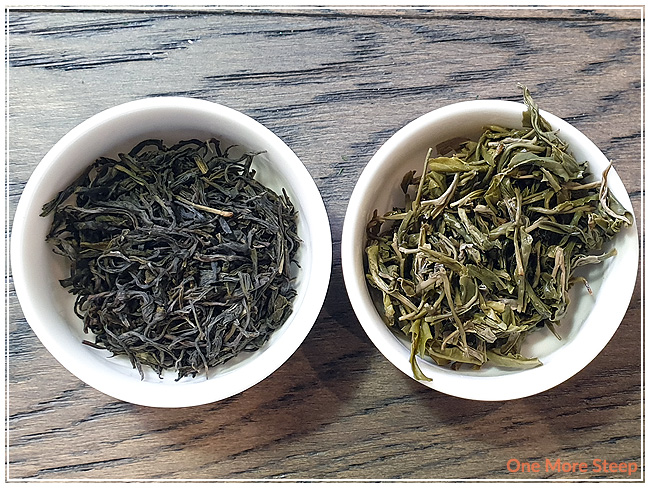 I loved Naked Teas Galore’s Organic Mao-feng. I really appreciated the aroma of the dry leaf and the flavour of the tea. I found it to be pleasant, with a nice amount of sweetness to compliment the natural flavours that remind me of apricots. I think this would be a nice tea option for either cold steeping or for an iced green tea to have over the summer because it does have those light floral and fruity flavors in it.