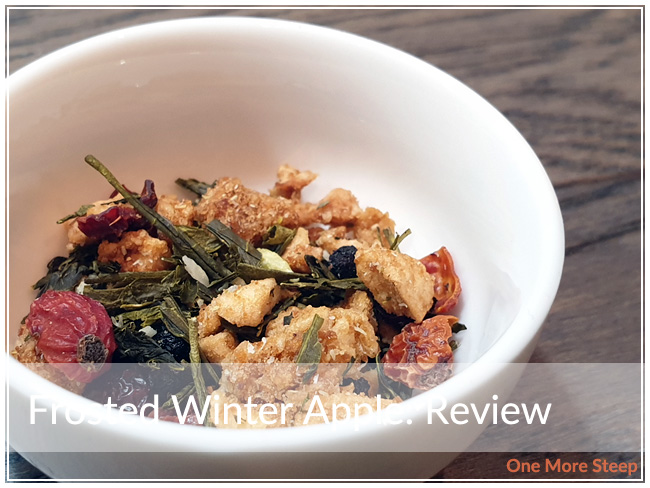 Frosted Winter Apple is an exclusive blend for Dessert by Deb subscription subscribers and is available for purchase by subscribers only at this time.

Frosted Winter Apple was a subscriber exclusive from the 2020 January/February Dessert by Deb subscriber box. This tea came in a foil pouch with a colourful label on the front. The tea has a lovely aroma – it smells like coconut and apples. It does have a nice sweetness to it, which is inviting and reminds me that all of the teas from Dessert by Deb are really sweets/dessert focused. 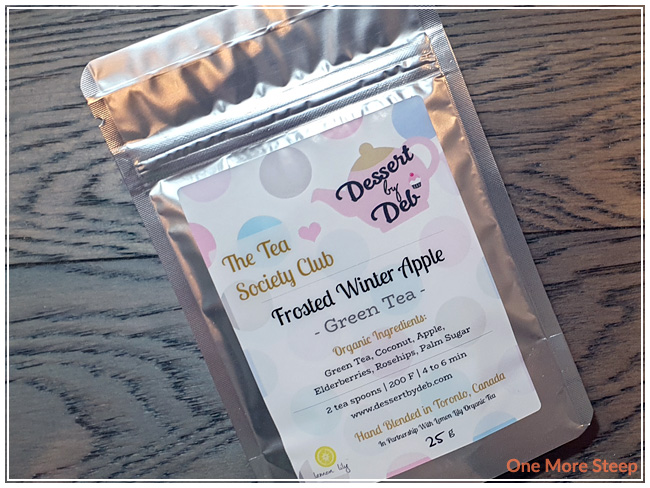 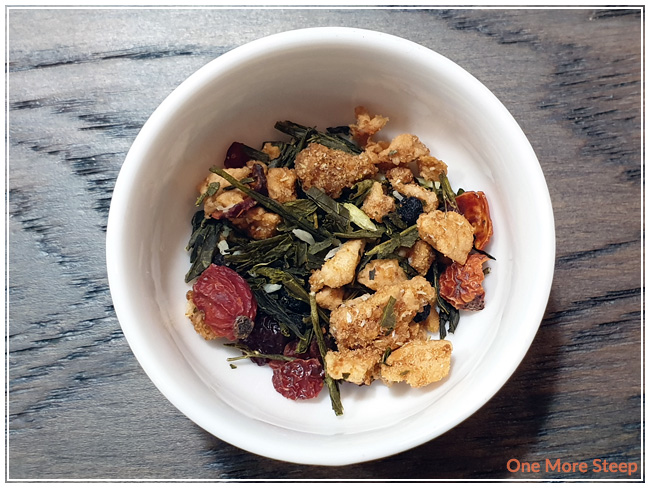 Dessert by Deb recommends steeping Frosted Winter Apple in 200°F (93°C) water for 4 to 6 minutes. I opted to do an initial steep for 5 minutes.

Frosted Winter Apple steeps to a pale peachy orange. There’s a bit of an oil slick across the top that I attribute to the oils from the coconut. There’s a sweet, slightly fruity aroma to it. On first taste, I really notice the coconut. There’s some fruity notes that I believe are from the apple – which make it quite pleasant. Frosted Winter Apple has a nice amount of sweetness to it. It’s pleasant to the taste buds, but the green tea base doesn’t shine through very much for me. 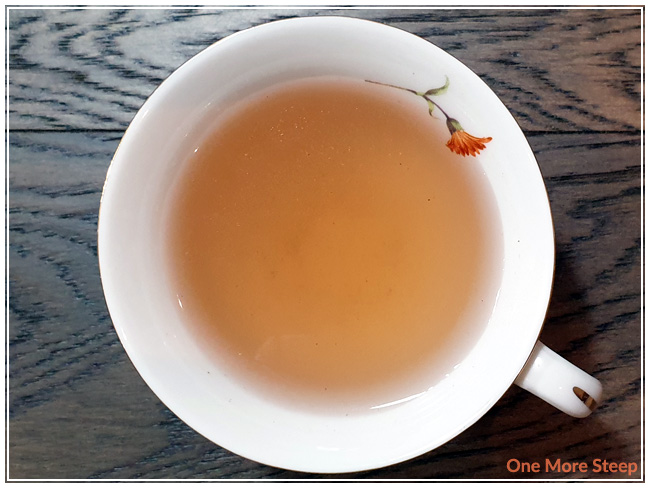 I attempted to resteep Frosted Winter Apple and fond that it didn’t do too well. There was a lack of coconut and apple in the follow up cup. 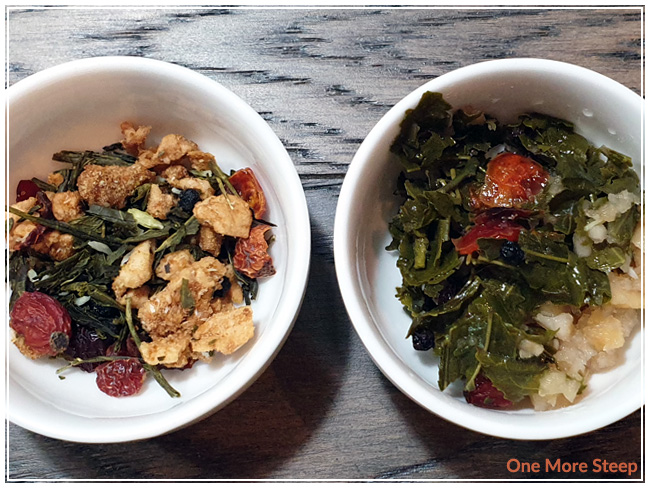 I liked Dessert by Deb’s Frosted Winter Apple. I found the coconut to be very pleasant and worked well wit the sweet, fruity notes. I did wish that the green tea shined through a bit more, and perhaps had more apple flavour versus coconut since apple is the ingredient that pops up in the name. It’s a pleasant dessert tea though, I found it to be nicely sweetened with the fruit and the palm sugar.