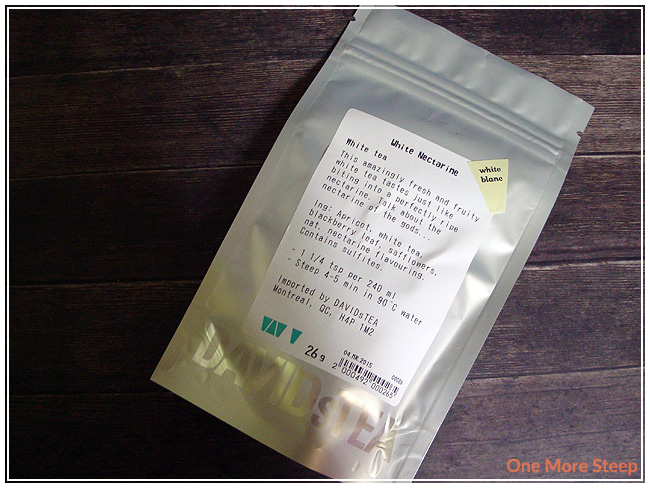 White Nectarine is a tea that DavidsTea put out last year, and they brought it back again for the spring. It’s a rather curious tea because while nectarine is in the name, the first listed ingredient is apricots. Nectarine comes into play as natural flavouring, but none of the actual fruit is included. That said, this tea smells amazing. It smells like a mix of nectarines and peaches, I can’t really discern any apricots from the scent at all. 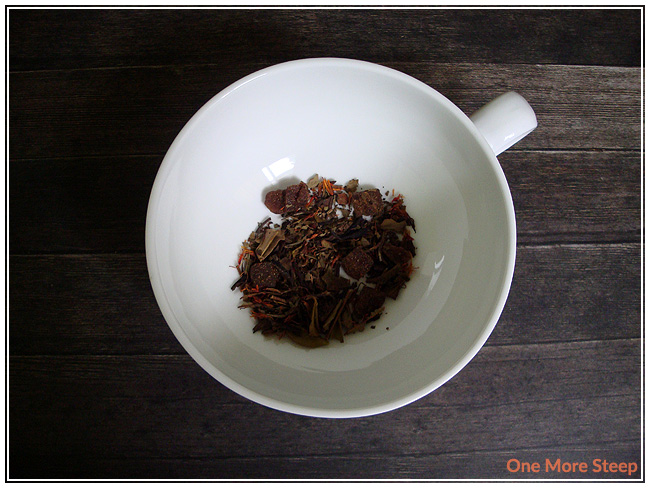 White Nectarine is made up of: apricots, white tea, blackberry leaf, safflowers, and natural nectarine flavouring. For those concerned, this tea does contain sulphites (in the apricots).

DavidsTea recommends steeping this in 90°C (194°F) water for 4-5 minutes. I steeped for about 4 minutes.

White Nectarine steeps to a nice medium golden yellow colour. It smells of a mix of peaches and nectarines, it’s a fairly strong scent too. The taste doesn’t quite reflect the fragrance of the tea though, as the taste of white nectarines isn’t as strong as you might expect. There is some sweetness to the tea. It’s an okay cup of tea, I allowed a cup of White Nectarine to chill in my fridge and it’s quite tasty. I think it’s far more enjoyable iced than hot. 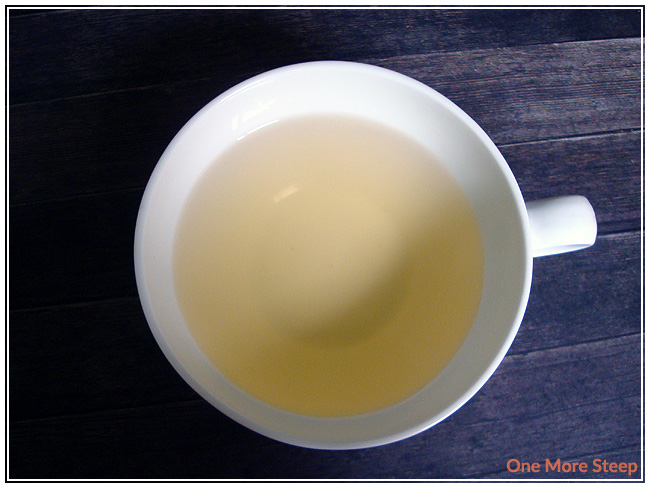 One more steep did not do White Nectarine any favours – the nectarine/peach smell isn’t nearly as strong, and the taste leaves a lot to be desired. I would say that White Nectarine does well for one steep only. 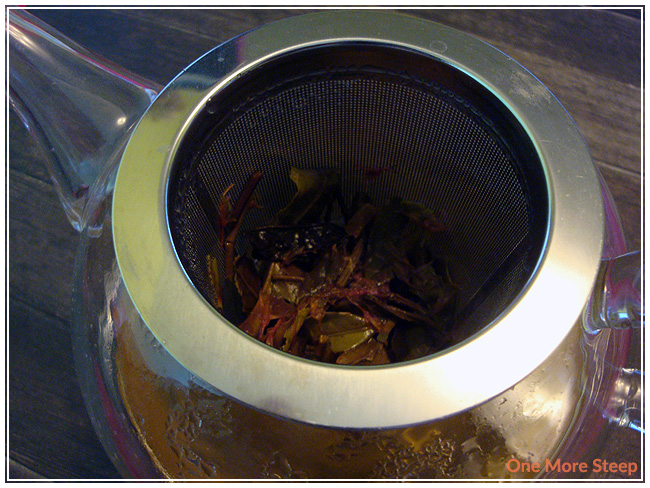 I thought that DavidsTea’s White Nectarine was just okay. I thought it did better as an iced tea than a cup of hot tea. The obvious mismatch in taste to aroma leaves something to be desired, and the tea doesn’t hold up well to being resteeped, which is disappointing. Adding a little bit of sweetener helps to punch up the flavour, if you’re finding that the tea is a bit bland. It’s fairly middle-of-the-road when it comes to price, and I think there are other fruity teas that do much better than White Nectarine does. However, I will be finishing off this bag that I have because it’s delicious as an iced tea, but I don’t think I’ll be buying more for my tea stash.