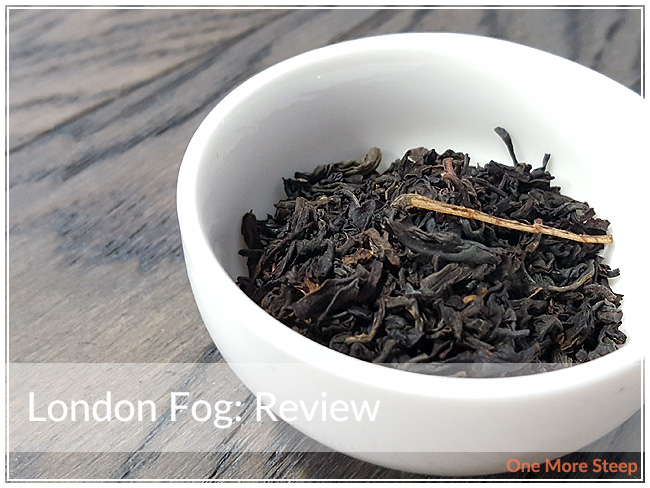 Lemon Lily’s London Fog came to me via The Sugared Tea Cup’s April themed subscription box (late spoilers: it was all things British in preparation for the Royal Wedding last month!). I can definitely smell the bergamot, it’s very strong and overwhelms the vanilla. I can see the pieces of vanilla bean, but smelling it is a whole other story. The black tea has some long, wiry leaves in it which is nice to see – I can’t smell them though since the bergamot is a force to be reckoned with. 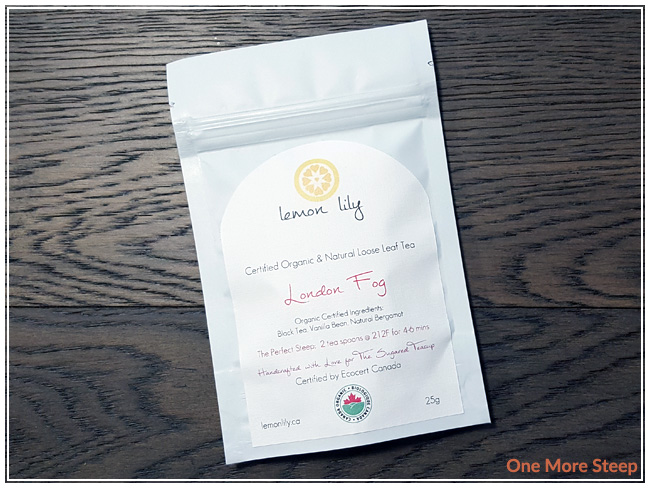 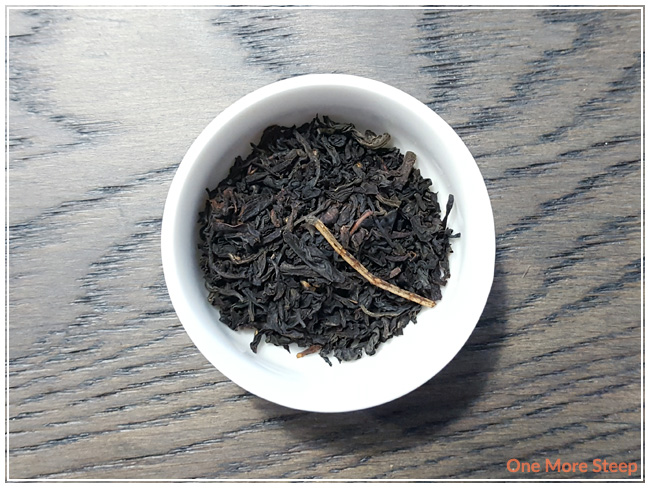 Lemon Lily recommends steeping London Fog in 100°C (212°F) water for 4 to 6 minutes. My initial steep of London Fog was for 5 minutes.

London Fog steeps to a deep reddish-brown colour. There’s a very mild vanilla aroma to it, with the bergamot being very much present (much like it was in the dry leaf). There’s a mild astringency to London Fog when I drink it, causing a little bit of a mouth pucker. I found there was a light vanilla flavour, with a slight creaminess behind each sip. The bergamot flavour is very present, with a bright citrus flavour throughout.

Given its name, I did try London Fog with a bit of sweetener (I used locally harvested honey) and evaporated milk. I found that the vanilla flavour to be more present once the bergamot had been tempered down. 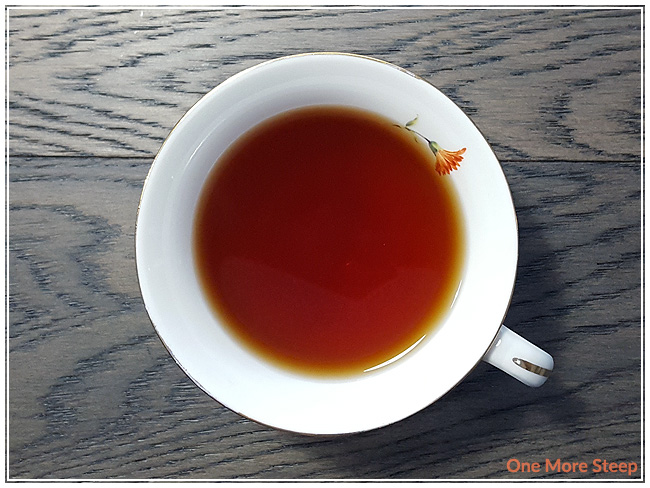 I resteeped London Fog twice, adding an extra 30 seconds for each subsequent steep. I found that the first resteep was very much like the initial steep, while the second had no vanilla flavour that I could find. I would say that London Fog is good for a least one more steep. 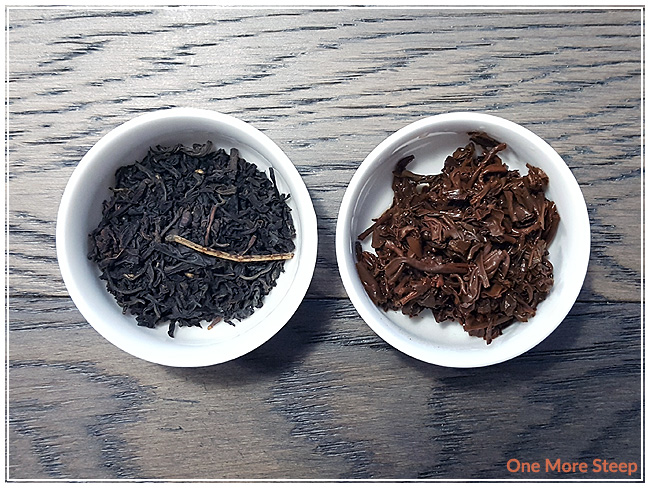 I liked Lemon Lily’s London Fog. I think it’s really great with some extra sweetener and milk. I found, for me, the bergamot was quite powerful and it was overwhelming the more gentler flavour of the vanilla bean and I would have liked for the vanilla to be more present. I think if the flavours had been a bit better balanced, I would have enjoyed it a lot more.