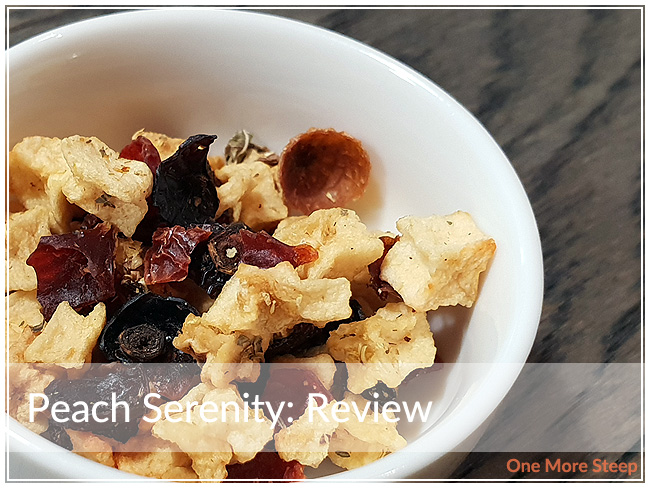 Adagio Teas’ Peach Serenity came to me in a resealable pouch. When I ripped it out, there was an overwhelming aroma of peaches. It smelled very fruity and really summery. Which is perfect considering it’s still summer. I just wanted to point out how much I appreciate Adagio’s labeling – it’s so concise and has pretty much all the information that I’m looking for, which is so great! 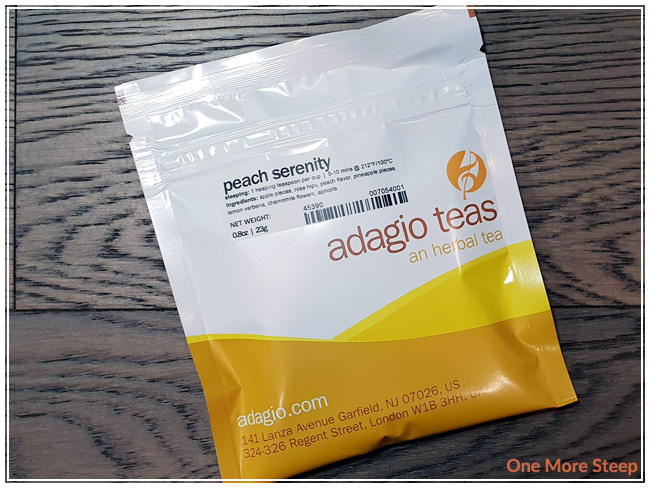 Peach Serenity consists of: apple pieces, rose hips, peach flavour, pineapple pieces, lemon verbena, chamomile flowers, and apricots. Looking at the dry leaf, I’m really surprised there isn’t dried peaches in there because that’s the majority of what I smell. 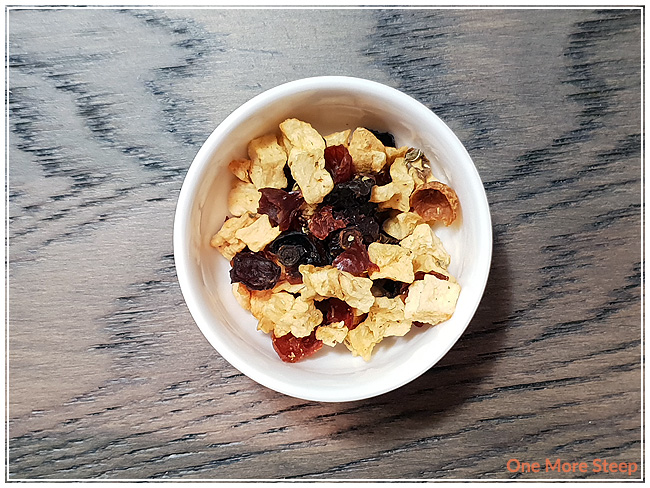 Adagio Teas recommends steeping Peach Serenity in 100°C (212°F) water for 5 to 10 minutes. My initial steep was for 10 minutes. At the 5 minute mark, the tea seemed pretty weak in colour so I just continued to steep it.

Peach Serenity steeps to a lovely golden orange colour that reminds me a bit of cider. Texture-wise, I found Peach Serenity to have a bit of a thickness to the tea itself, with a coating mouthfeel to it. That said, there’s a nice balance between the apple and peach flavours. Peach Serenity does have a good amount of sweetness to it, that isn’t overwhelming or cloying.

I allowed some of the tea to cool in a separate glass with some ice cubes and it was amazing iced! 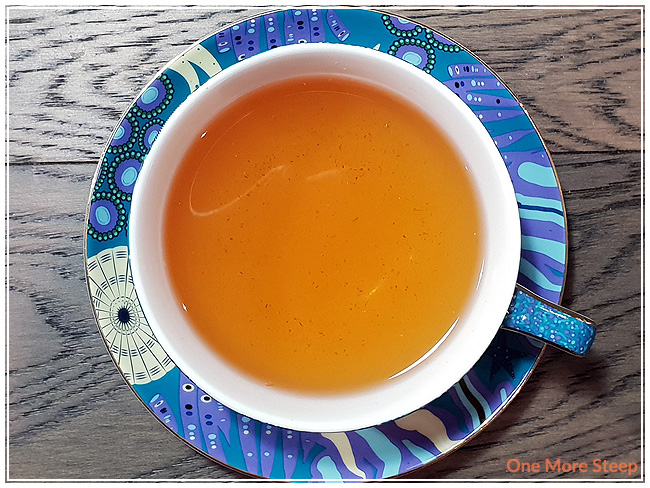 I attempted to resteep Peach Serenity, but found that the resteep tea was lacking in peach aroma or flavour. The apple was still fairly present, but the tea lacked the thickened texture that the initial steep had. 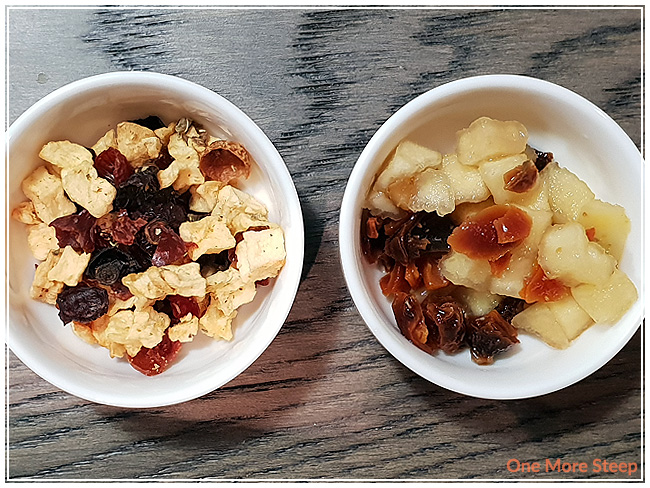 I loved Adagio Teas’s Peach Serenity. I found the flavour to be excellent for the initial steep – and that it was both pleasant hot and iced (although I would really recommend it iced). I found the texture to be interesting, and I’m guessing part of it came from all the fruits in the blend. I liked the sweetness to it, I think it’d be a nice kid-friendly iced tea since it’s caffeine-free. I do wish it did better being resteeped, but at the same time I’m not too surprised given that it’s a fruit infusion.