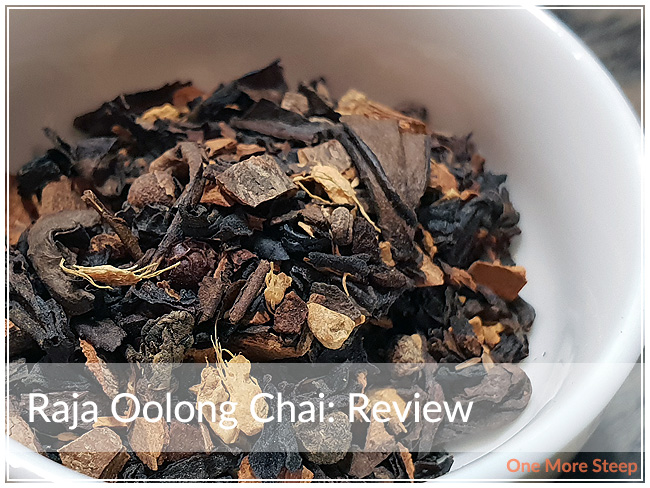 I’ve come to really appreciate Adagio Teas’ packaging – colourful, resealable, with all the information I need about each tea blend, right on the package. The bag for Raja Oolong Chai is no exception to that. The first thing that I smelled when I opened the bag was the smell of cinnamon. It’s strong and makes its presence known over the ginger and cardamom that I can see in the mix. The blend itself is beautiful, but heavy on the cinnamon. 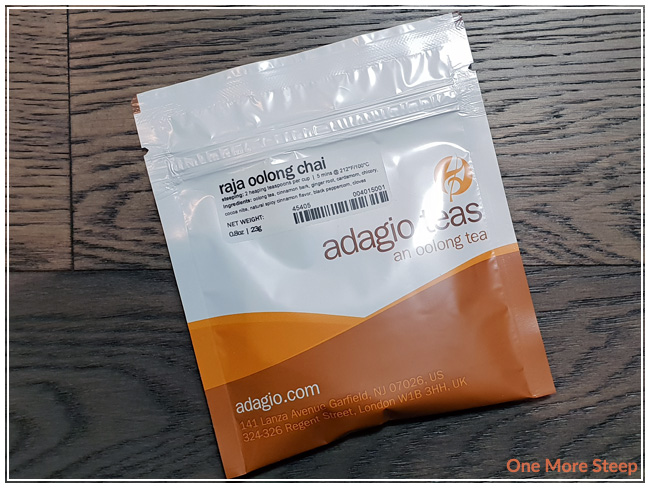 Raja Oolong Chai consists of: oolong tea, cinnamon bark, ginger root, cardamom, chicory, cocoa nibs, natural spicy cinnamon flavour, black peppercorn, and cloves. It’s easy to pick out the ingredients, although I did find that when I first took a scoop, there were no tea leaves! I gave the bag a good shake to redistribute the blend again, and got a more evenly mixed spoonful of tea. 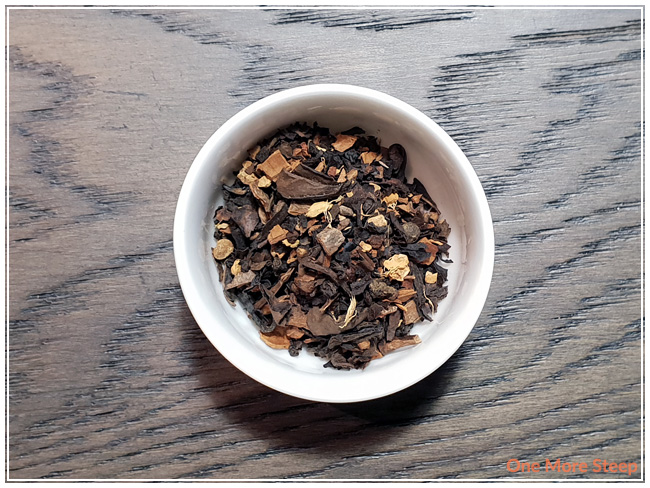 Raja Oolong Chai steeps to a beautiful, deep orange. The aroma is primarily the cinnamon, although I can smell the ginger root as well when I smell the tea. The flavour of the oolong tea blend itself is mostly cinnamon, with some of the warming qualities of ginger and black peppercorn, with a hint of creaminess that I’m attributing to the cocoa nibs. I found that the cinnamon was the strongest and most prevalent flavour in Raja Oolong Chai. I don’t really taste the oolong base, but it could be adding to the creaminess as well – I do find quite a bit of oolongs have a buttery quality to them. 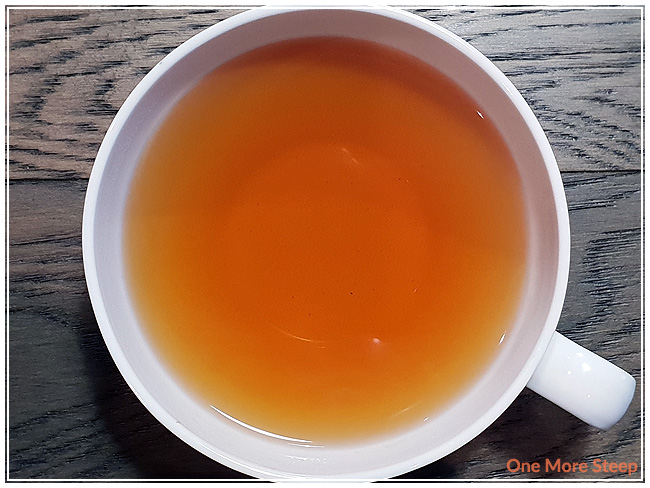 It does play nicely to be doctored – I added some evaporated milk to my cup and found that it helped to temper some of the cinnamon flavour while allowing the other spices to be more noticed. 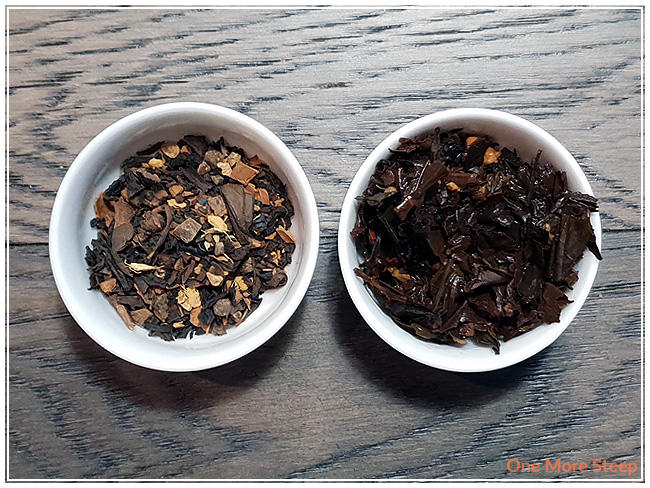 I thought that Adagio Teas’s Raja Oolong Chai was just okay. I found this tea to be very heavy on the cinnamon – which is great if you’re a big fan of cinnamon flavours. I was hoping for a more balanced spice flavour profile from this chai, and I think it could be accomplished with a bit less cinnamon bark or less of the cinnamon flavouring. This does work well with milk, so I think there is potential if you’re a fan of a chai latte. The warming qualities of cinnamon and ginger are quite nice in this oolong blend, so there’s a lot of potential in mixing it up with different dairy products or sweeteners.