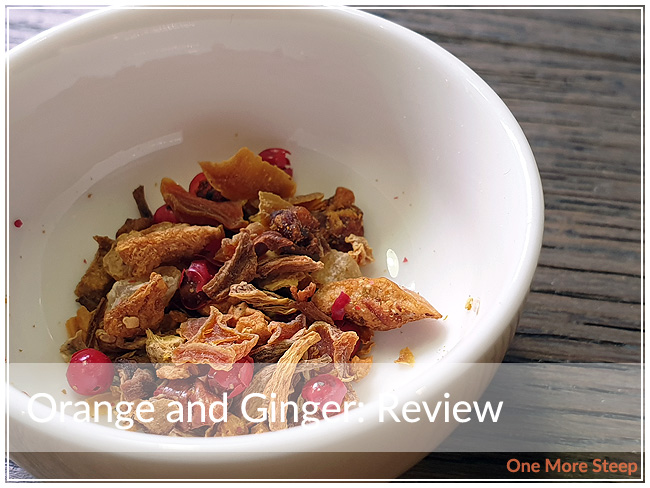 Oteas has provided me with Orange and Ginger for the purposes of providing an honest review. 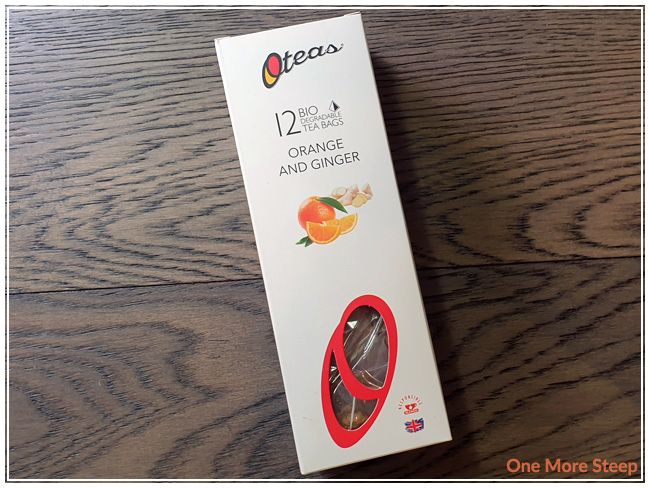 If you caught my Instagram Stories, you will have seen my unboxing video of the awesome package that I received from Oteas! They very kindly sent me 6 different blends to try and review, and this is the first one – Orange and Ginger. Each tea blend comes in a slender card stock box with the steeping instructions, notes on the tea, and ingredients printed on the sides of the box. The sachets themselves are inside of a sealed plastic bag that’s inside of the box. The sachets are made with a biodegradable material, which is really nice to read for those who want a greener earth. 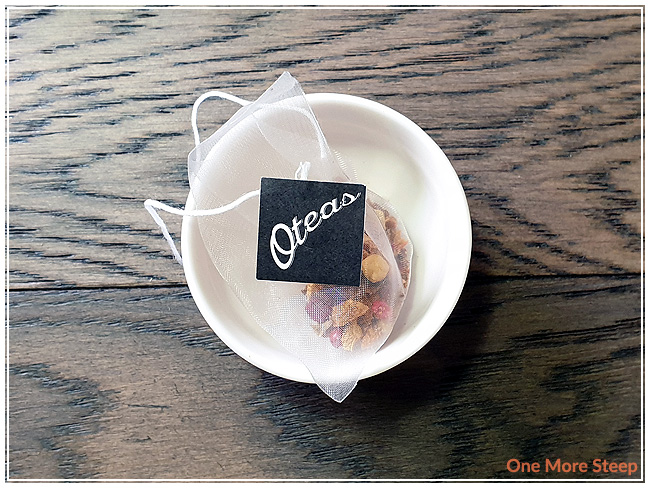 The tisane itself has some big pieces of dried fruit and whole pieces of pink peppercorn inside. The aroma is primarily orange and ginger with a hint of pepper. It reminds me of a nice ‘sick time’ tea to have, mostly because of the fragrance of the ginger. Orange and Ginger consists of: apple, carrot flakes, orange pieces, orange peel, white hibiscus, , candied ginger cubes, flavouring, pieces of ginger, pink pepper, and mullein blossom. 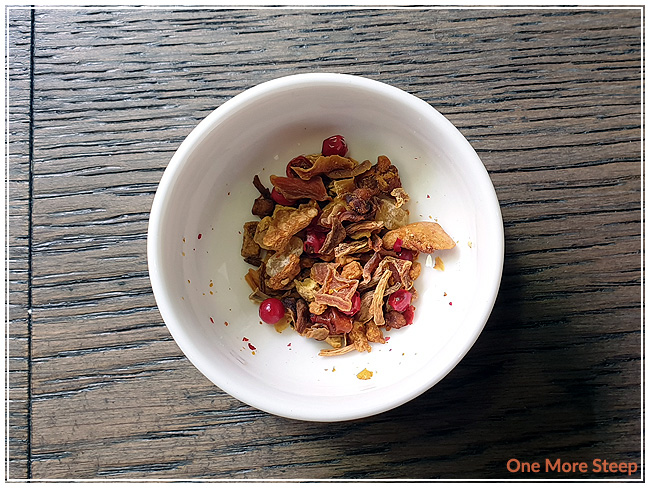 Orange and Ginger steeps to a beautiful golden yellow in colour. The aroma is primarily orange and ginger, which isn’t that big of a surprise given the aroma from the dry leaf. There’s a slight tangy flavour that I notice at the beginning of each sip, which gives way to the orange flavour. I found a nice sweetness to Orange and Ginger that’s just light and fruity, which I attribute to the dried apple pieces, as well as the nice warming qualities from the ginger. I did note a bit of spiciness from the ginger and peppercorns, but those flavours were primarily at the tail end of each sip. The combination of the flavours led to a nice, soothing drink – I happened to drink this one on a day that I had a mild sore throat and found that it helped! 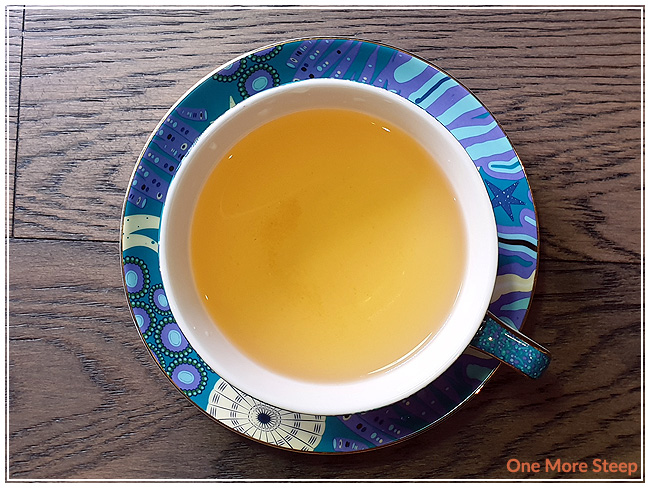 Because of sweetness from the fruit ingredients, I didn’t find that Orange and Ginger needed any extra sweetener added.

I attempted to resteep Orange and Ginger found it to be lackluster compared to the initial steep – however, this wasn’t a surprise to me as most tisanes don’t do well on more than one steep as the majority of the flavour is used up in the initial steep. 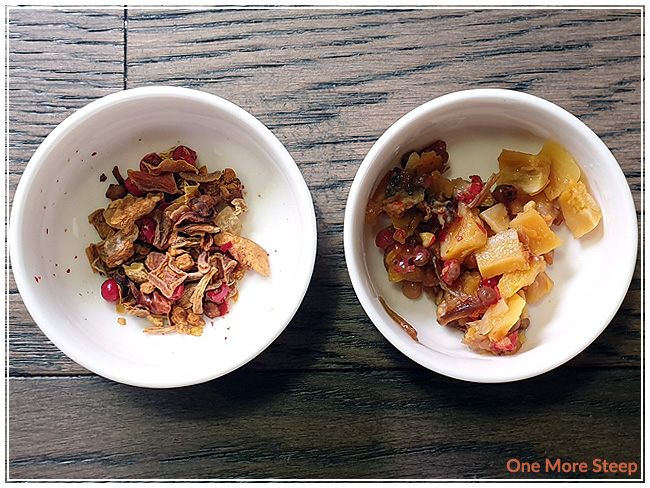 I loved Oteas’s Orange and Ginger. I found the flavours to be very pleasant, and the name of the tisane was accurately chosen given that I could smell and taste the orange and ginger throughout the experience. It’s definitely a pleasant blend, and I definitely would recommend it if you had a sore throat – I found the ginger to be quite soothing for my throat, and a little extra vitamin C never hurt anyone when they were sick!