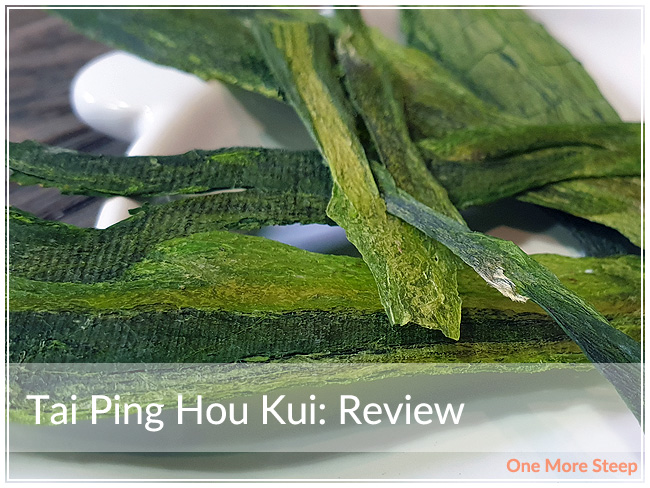 Masters Teas has provided me with Tai Ping Hou Kui for the purposes of writing an honest review.

I was really excited when Masters Teas reached out to me and asked if I wanted to try some of their teas. Masters Teas is a collection of teas from Adagio Teas, all single origin, specialty teas. Tai Ping Hou Kui is the first of my reviews from them. Tai Ping Hou Kui came in a sealed, printed and resealable bag. The leaves are very long, bright green, and thinly pressed. If you look, you can see the impression left on the leaves that looks like fabric – likely left behind from when the leaves were pressed in the processing method. 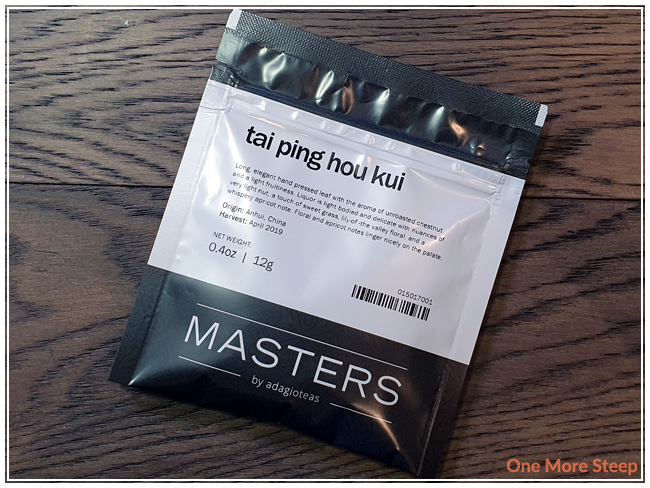 This beautiful green tea is from Anhui, China – specifically from the farmer Liang Yu Ming and was grown/harvested at 350m above sea level in April 2019. I found it really neat to be able to get so much information about this specific tea that I’m able to steep and drink. It’s rare to get that level of information about teas, I find – unless you happen to be buying a single origin tea. The dry leaf has a very light aroma to it, I would liken to it an almost floral aroma – but it’s quite light in the dry leaf. 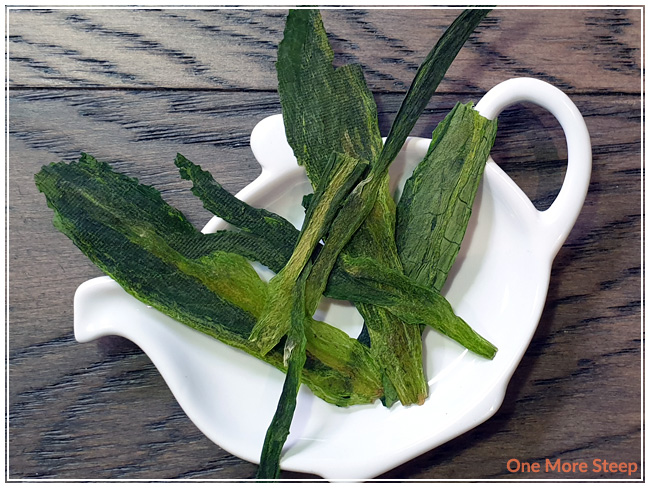 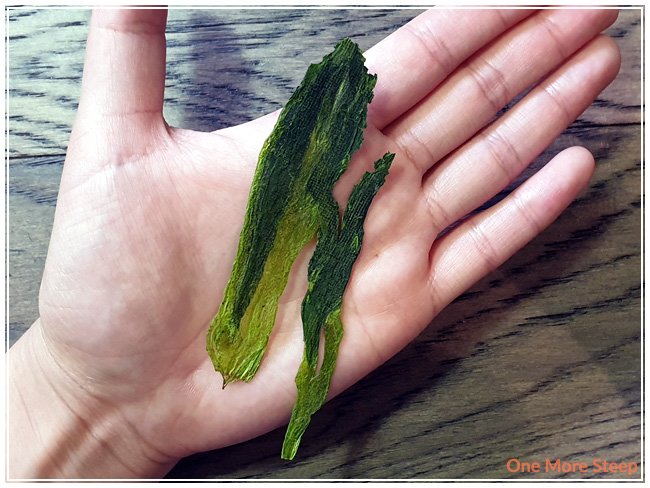 Tai Ping Hou Kui steeps to a light green colour after my initial steep of the leaves. I found that the aroma to be very light and floral, it’s pleasant and inviting. The flavour has a light mix of fruity and floral sweetness. I find the fruity elements remind me a bit of apricots and plums, while I’m not sure which type of flowers the floral notes remind me of. For the amount of time I had steeped the tea for, I found that it was very smooth with zero bitterness or astringency. There are some grassy notes in the tea, I found it to be nice and pleasant when I drank it because it balanced well against the floral and fruity elements. 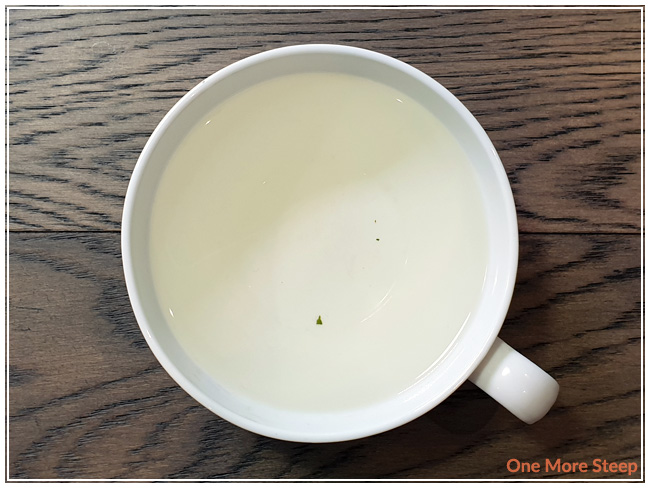 Masters Teas suggests that Tai Ping Hou Kui is good for up to seven infusions. I opted to attempt seven resteeps (eight steeps total with the same leaves). I steeped at the same temperature of water, while adding an additional 30 seconds for each subsequent resteep. I found that the tea got a bit deeper in colour, ultimately being a golden yellow colour by about the fourth or fifth resteep. The flavour of the tea remained fairly consistent throughout and was similarly balanced as the initial steep in terms of flavours that I found in it. 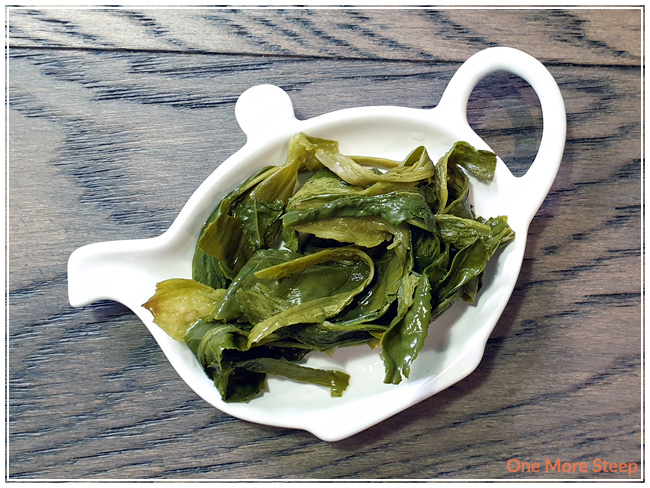 I loved Masters Teas’s Tai Ping Hou Kui. I just felt like it was a fun process to be part of when preparing this tea. From admiring the beautiful dry leaves to the act of steeping the same huge leaves again and again. The brightness in the dry leaf resulted in some beautiful spent leaves by the time that I was done. I enjoyed how well this tea steeped repeatedly, some of the tea that I had left from the eighth steep wound up being taken to work and I had coworkers who said that it smelled wonderful – even after the eighth steep of the same leaves. I would definitely reserve this tea for those days when you have time to dedicate to doing a few resteeps so you do get the most bang for your buck when it comes to this green tea.