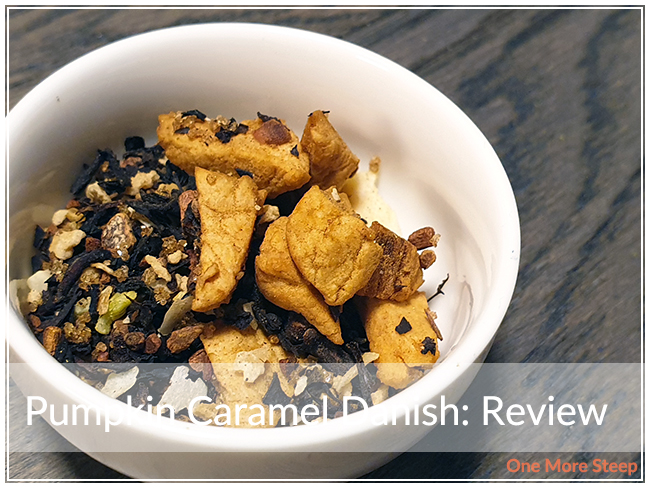 Pumpkin Caramel Danish comes in a lovely matte dark bronze pouch that’s sealed and resealable. I really love the look of that matte dark bronze colour because it’s such an autumnal colour that goes well with the pumpkin vibes. On the front is a colorful label that I’ve come to know and love (and be familiar with). Pumpkin Caramel Danish has a very spice-forward aroma that reminds me a lot of pumpkin spice, as well as having a heavy sweetness that mingles well with the spice notes. 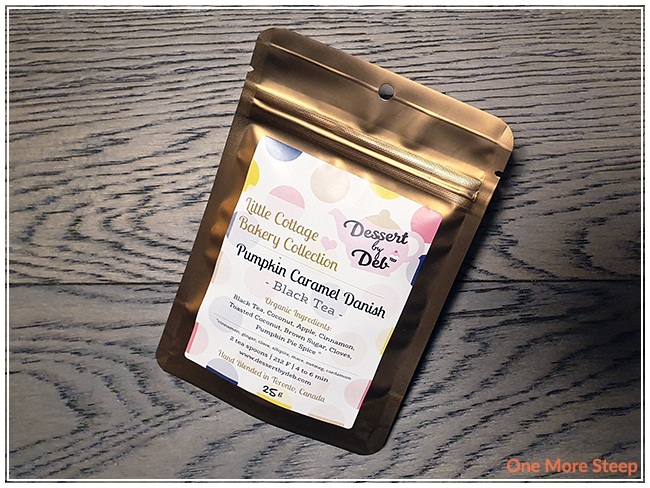 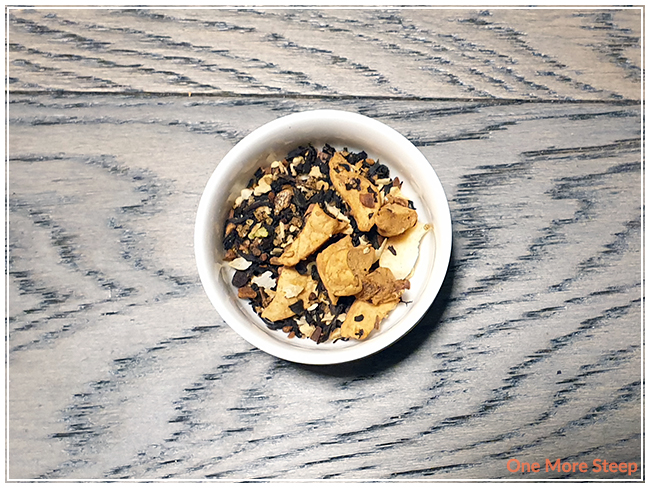 Dessert by Deb recommends steeping Pumpkin Caramel Danish in 212°F (100°C) water for 4 to 6 minutes. I opted to do an initial steep of 6 minutes, mostly because I forgot about it for an extra minute.

Pumpkin Caramel Danish steeps to a bright orange colour, with a very strong spice-forward aroma. There’s some nice sweetness coming off in the fragrance. On first sip, I taste the spices first – a lot of cinnamon, ginger, cardamom. Then there’s the brown sugar and sweetness from the apple that just goes really well with all of those spice notes (probably because those are also spices that can be found in an apple pie…). These are definitely spice flavours that I would expect to find in a pumpkin spice pastry, and that brown sugar definitely lends that sense of authenticity to it. The black tea base doesn’t really shine through, because of all the other ingredients, but the coconut flavour does add a sense of ‘lightness’ to a tea blend that might otherwise feel really heavy and rich. I feel like that black tea base just kind of holds everything up without being too obvious. 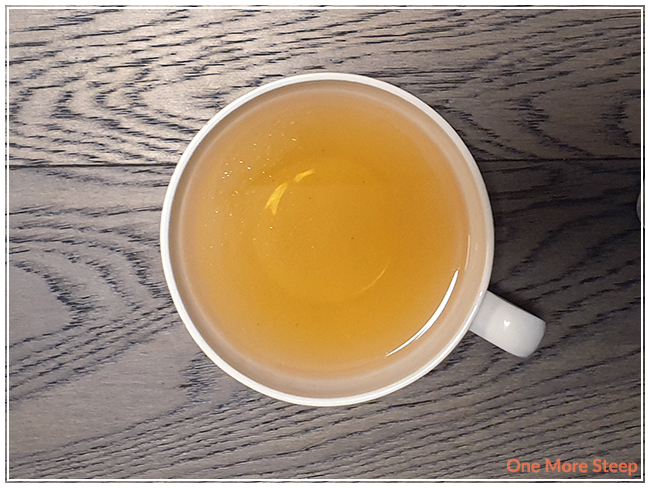 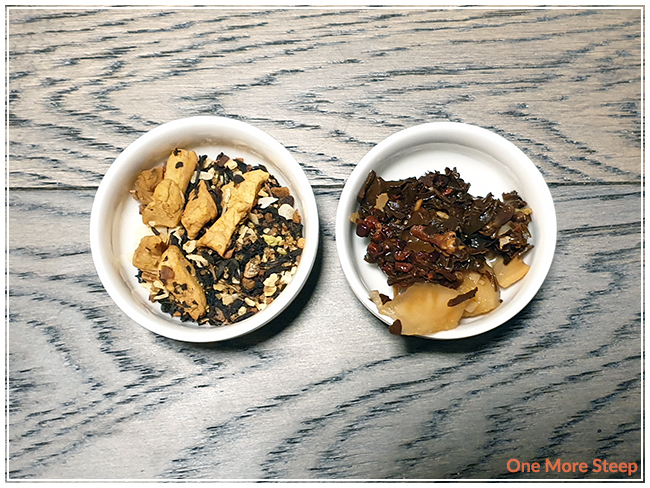 I loved Dessert by Deb’s Pumpkin Caramel Danish. I think the blend is really artfully done – with the balance between the spice notes and the coconut, apple, and brown sugar. The addition of brown sugar really makes it a dessert blend, while I think that if you were to turn this into a tea latte, the use of a vanilla syrup or vanilla flavoured agave, would really kick it up a notch in making it really taste like a pastry. That said, the balance of flavours is really good, and it’s a great candidate for a tea latte since the use of a black tea base lends itself really well to that.