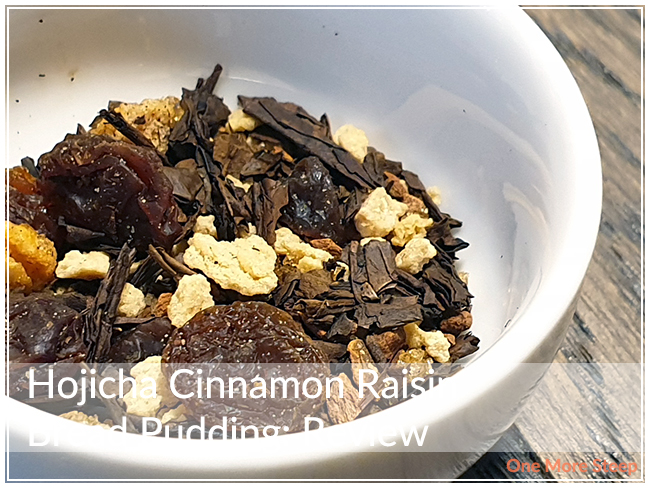 Hojicha Cinnamon Raisin Bread Pudding came in my birthday box (a perk for being an annual subscriber) from Dessert by Deb.

Hojicha Cinnamon Raisin Bread Pudding (say that one five times fast!) comes in one of my favourite tea pouch colours from Dessert by Deb – just this pretty matte bronze-ish pouch. So pretty, it definitely gives some fall vibes and as a fan of most things autumn, I don’t mind seeing it in January. This blend is part of the Little Cottage Bakery Collection and it just makes me want to get into it! The name is really the part that makes me want to try it. 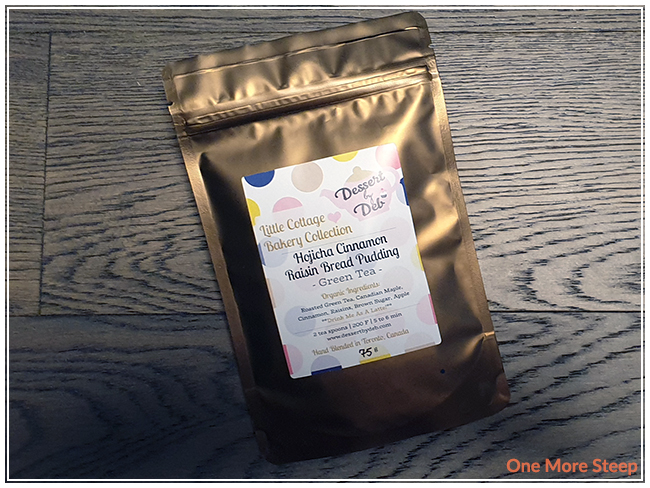 Ripping open the pouch and getting a sniff, it really does go well with its name! I definitely smell raisins, the brown sugar, and maple notes. All together, it makes me think of raisin buns from a bakery that I grew up near. Not a whole lot from the hojicha base, but there is a hint of nuttiness in the background that I’m going to attribute to the hojicha. Hojicha Cinnamon Raisin Bread Pudding consists of organic: roasted green tea, Canadian maple, cinnamon, raisins, brown sugar, and apple. 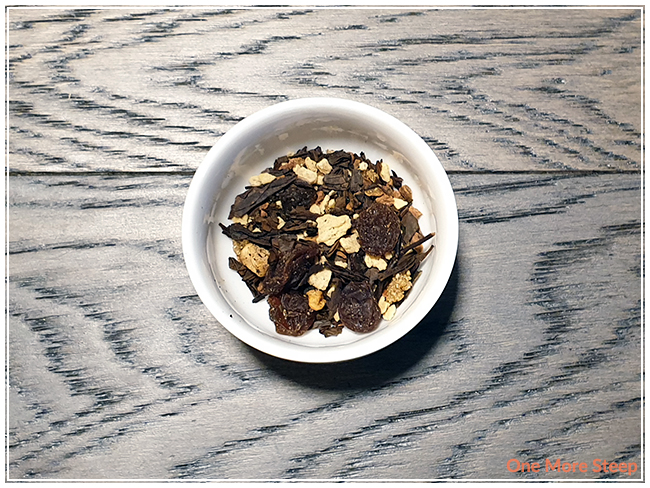 Dessert by Deb recommends steeping Hojicha Cinnamon Raisin Bread Pudding in 200°F (93°C) water for 5 to 6 minutes. I opted to do an initial steep for 5 minutes.

Hojicha Cinnamon Raisin Bread Pudding steeps to a very pretty reddish brown. It has some lovely raisin and cinnamon notes to it, and when I take a sip, the first thing that I notice is the raisins. Then it’s followed by some sweetness, molasses and maple notes, and just a hint of nuttiness. I did end up adding some evaporated milk to my cup, as the label suggests drinking it as a latte. Definitely adds a little something – some creaminess, a level of decadence. I’ve never had a cinnamon raisin bread pudding, but it definitely tastes like some kind of baked good to me. 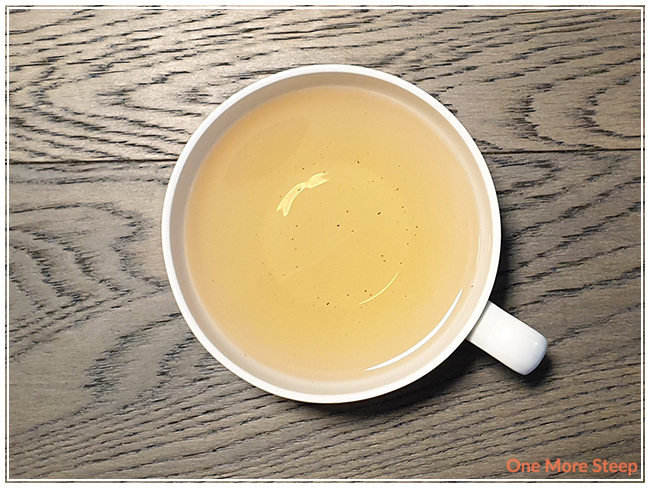 I did attempt to resteep Hojicha Cinnamon Raisin Bread Pudding. It didn’t do very well with the resteep, I think a lot of that has to do with the fact that the brown sugar and Canadian maple would have dissolved fully in the initial steep, so a lot of those flavours were missing in the second steep. However, there was more of a nuttiness from the hojicha base, so it was nice to find that come out. 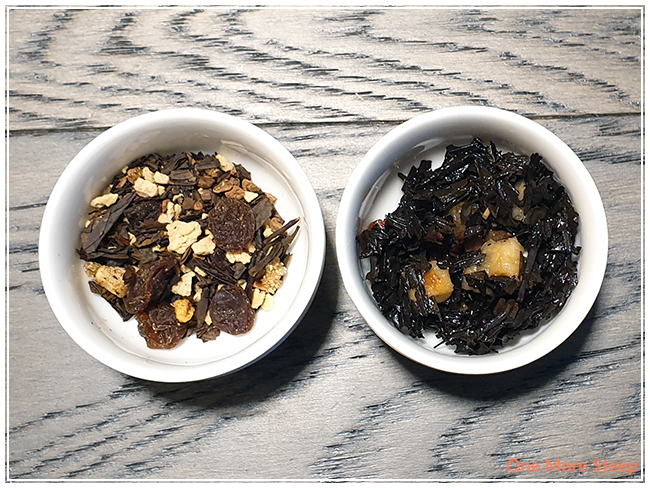 I loved Dessert by Deb’s Hojicha Cinnamon Raisin Bread Pudding. It has some great flavours that remind me a lot of a freshly baked raisin bun. I’d follow the recommendation from Deb to have this as a latte, as it just added a little something extra. However, the tea was very pleasant without the addition of milk, so it nice to have straight as well! I was a bit disappointed that the hojicha base wasn’t more prevalent in the flavour profile, but I still greatly enjoyed it and think it makes for a great dessert tea.