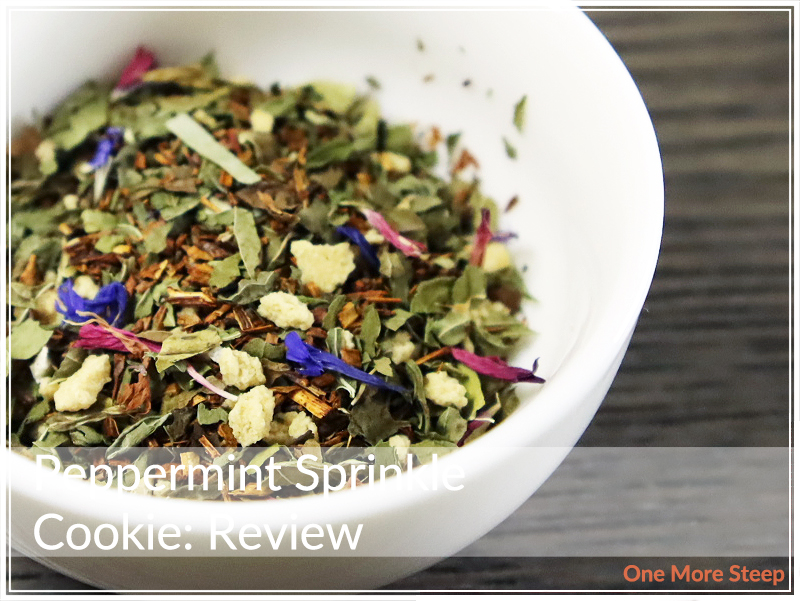 Peppermint Sprinkle Cookie came to me as part of the bimonthly subscription box from Dessert by Deb.

A bit late to the party (whoops!) with this part of Dessert by Deb’s Bed & Breakfast Holiday Inn tisane blend, so I wasn’t able to get the price of it off of the website (likely either a seasonal offering only, or discontinued). If it is seasonal and back later, the general pricing for most blends is $6.75 for 25g. 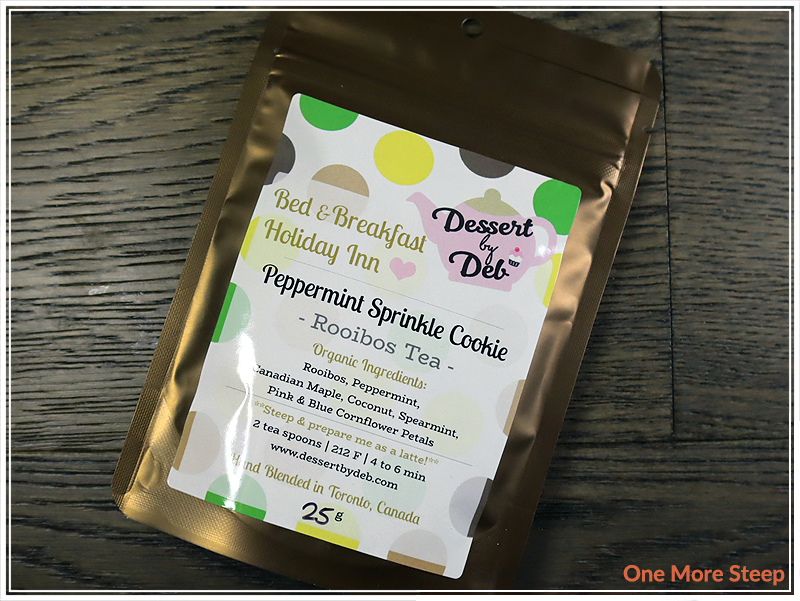 Peppermint Sprinkle Cookie comes in a rich brown metallic pouch that is sealed and resealable, with a colourful polka dot label across the front of it. This is a rooibos blend which consists of organic: rooibos, peppermint, Canadian maple, coconut, spearmint, pink and blue cornflowers. It’s a very pretty blend, the cornflower petals honestly adds such gorgeous pops of colour throughout the blend. I primarily smell the mint (peppermint and spearmint are in this blend), as well as a background of rooibos (that sweet, medicinal aroma). It definitely reminds me of mint! 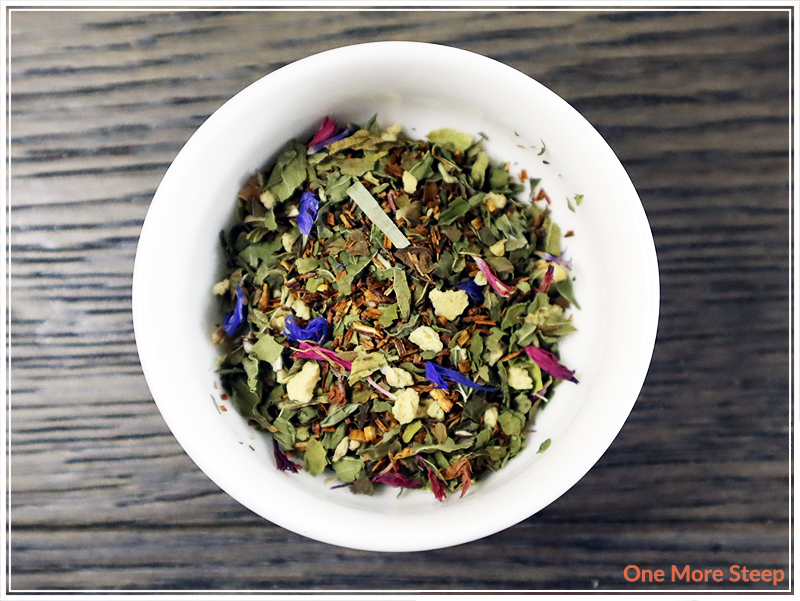 Dessert by Deb also recommends to prepare Peppermint Sprinkle Cookie as a latte. I tried it plain (hot) first, and then added milk to it.

Peppermint Sprinkle Cookie steeps to a deep reddish orange. There’s a strong mint aroma from it. It reminds me simply of a peppermint tisane, rather than a rooibos blend, because the mint is a very strong ingredient and greatly overpowers the other ingredients when it comes to the aroma of the steeped tisane. Taste wise, I found that I could taste the mint, as well as the rooibos. The rooibos was surprisingly stronger than I had anticipated, especially compared to the aroma of the drink. I can taste a light sweetness, hints of coconut, but mostly the medicinal quality of the rooibos and the mint from the peppermint and spearmint that’s present in the blend. The aftertaste on my tongue is the mint though, thankfully.

I did add some milk to the cup, and found that I could find the coconut a bit easier and the rooibos a bit less – so making it as a latte was definitely a win for me. 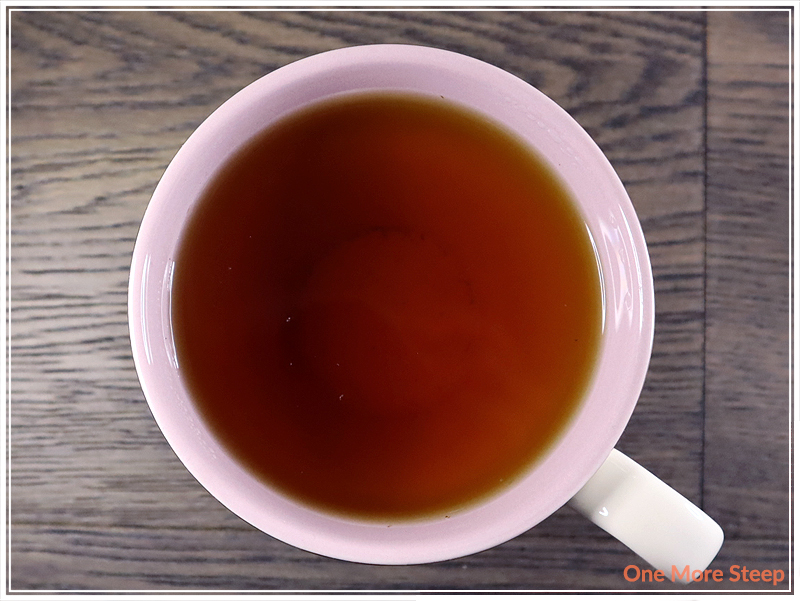 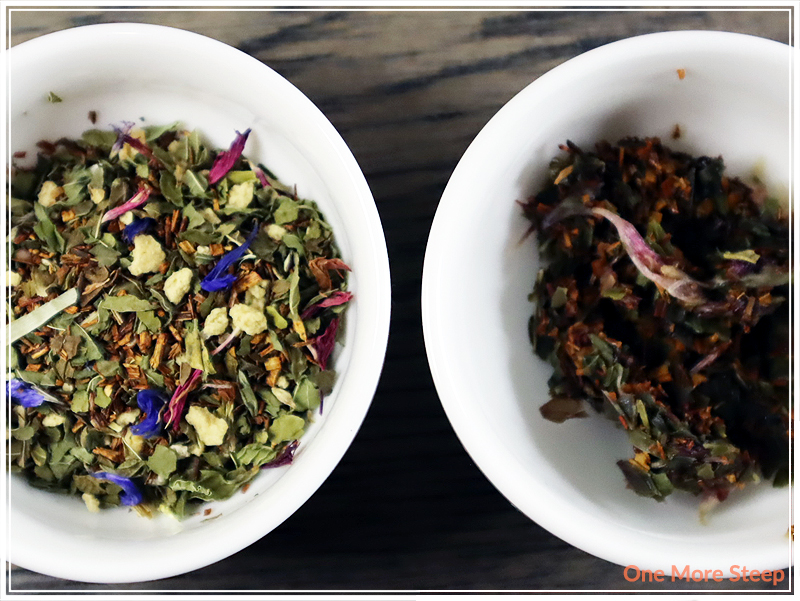 I thought that Dessert by Deb’s Peppermint Sprinkle Cookie was just okay. As a person who isn’t a fan of rooibos, I’m a terrible judge of rooibos blends. I’m the first person to admit that I don’t like rooibos and I find it to have a strange medicinal quality that I just don’t like. That said, I think Peppermint Sprinkle Cookie has some redeeming qualities for me. I like the mint and the sweetness from the Canadian maple. It has a great mint aroma to it, and I think those who are looking for a light, tummy settling blend would enjoy this blend (especially if you’re a fan of rooibos). If you’re not a huge fan of rooibos, I would highly recommend preparing it as a latte because it helps temper down that medicinal quality of the rooibos base.