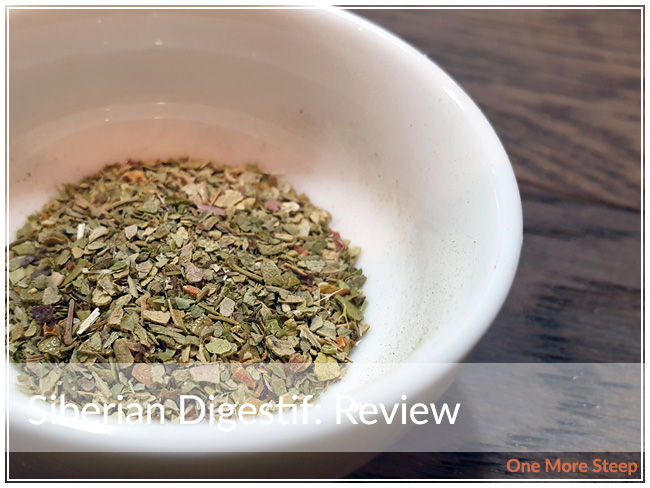 Birch Moon Wellness Co. has provided me with Siberian Digestif for the purposes of writing an honest review.

This is the third of my reviews of Birch Moon’s Wellness Trio – Discovery Bundle (the first two being: Sweet Zzz’s and Cha-Cha Chaga). Siberian Digestif comes in a colourful cardstock box, much like the other two in the bundle. This one with peach and reds for the motifs. Called a “herbal infusion digestive blend”, I opened up the box and found – like the other two blends – Siberian Digestif comes portioned into tea sachets in a resealable zip top bag. 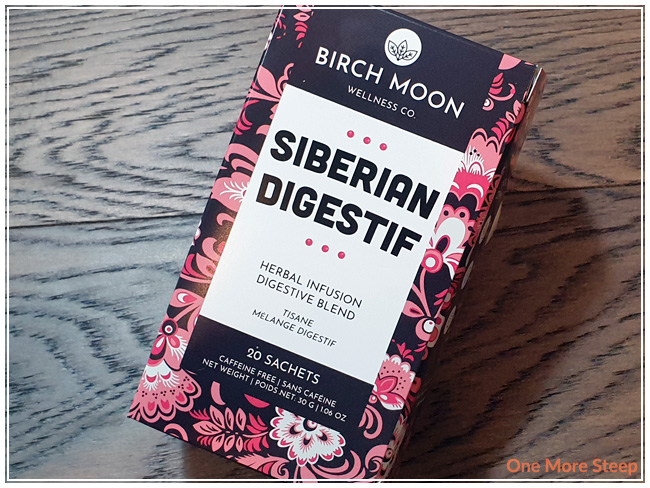 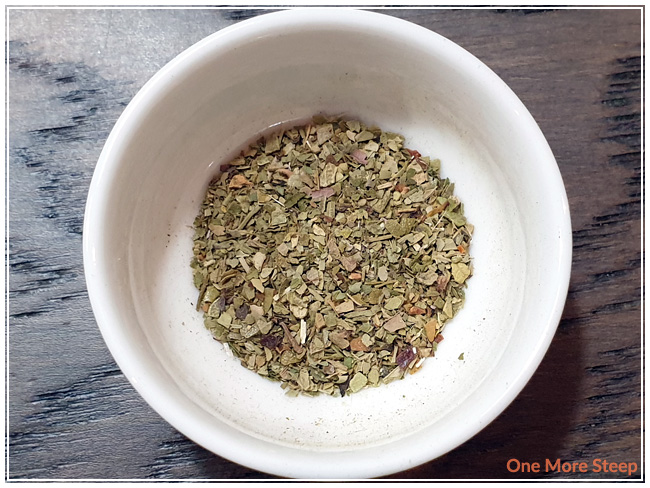 For those who are unfamiliar with some of the ingredients, senna leaves is the primary ingredient in medication like sennaside and is used as a laxative. Rosa canina is otherwise known as dog rose, which is a flower, and allegedly has gastro-protective properties (which was discovered in a study with rats), immortelle is another flower that is thought to have properties that help with upset stomachs, and oregano is thought to help with upset stomachs as well. A lot of these herbal ingredients have been used over time, but a lot of them haven’t been properly studied for efficacy in humans.

Birch Moon recommends steeping Siberian Digestif in boiling water (100°C/212°F) for 10 to 15 minutes. I opted for an initial steep of 15 minutes.

Siberian Digestif steeps to a lovely orange colour. There’s a slightly sweet aroma to it, I think in part to do with all of the floral ingredients. There’s a bit of a medicinal quality to the flavour – I can’t quite place it. I don’t find it unpleasant like I do rooibos, so that’s a plus. There’s a thickened mouthfeel to the tisane, and I find it easy to drink. I think it helps that it’s slightly sweet and has some floral notes as well. 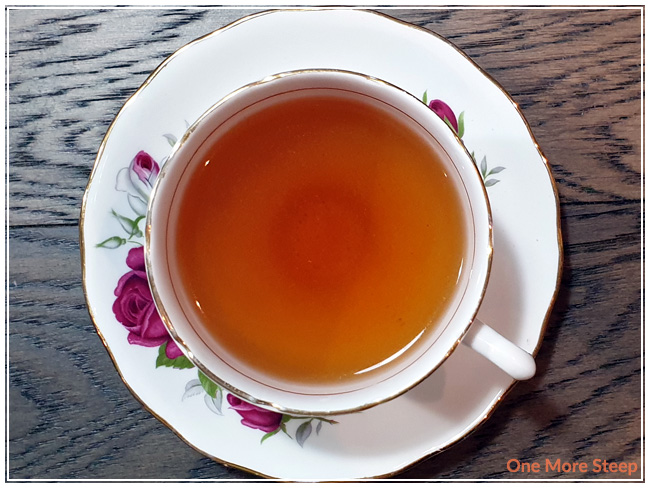 Resteeping Siberian Digestif resulted in a cup that wasn’t nearly as pleasant as the initial steep – it was more medicinal with less sweet. I wouldn’t have a second steep of it for that reason alone. 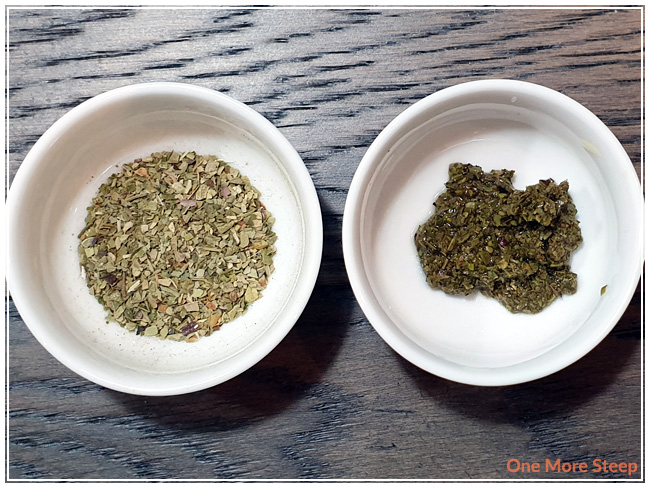 I liked Birch Moon Wellness Co.’s Siberian Digestif. I think if I was having GI issues and suffering from constipation, having a tummy time tea would be a lot easier on the system than taking pills (or worse, a suppository). Luckily, I’m not suffering from such issues at this time, so I can really only comment on the flavour. There is a slight medicinal quality to it, but it’s not off-putting, and it has some nice sweet notes to it. It makes for a pleasantly blended tisane but because I don’t require some of those herbal qualities in my life at the moment, it won’t make for a regularly consumed drink. 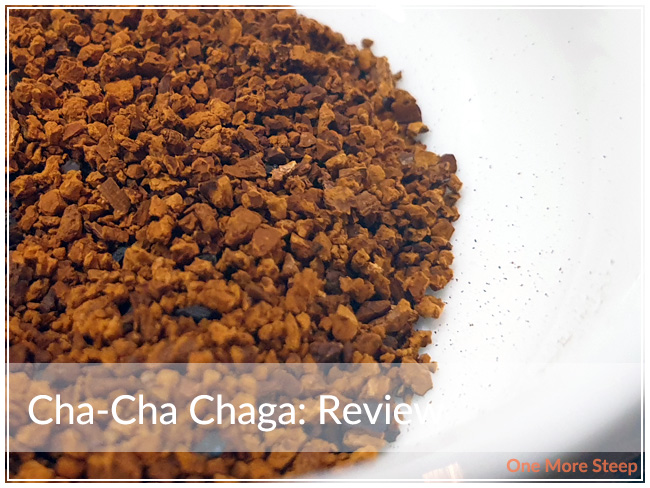 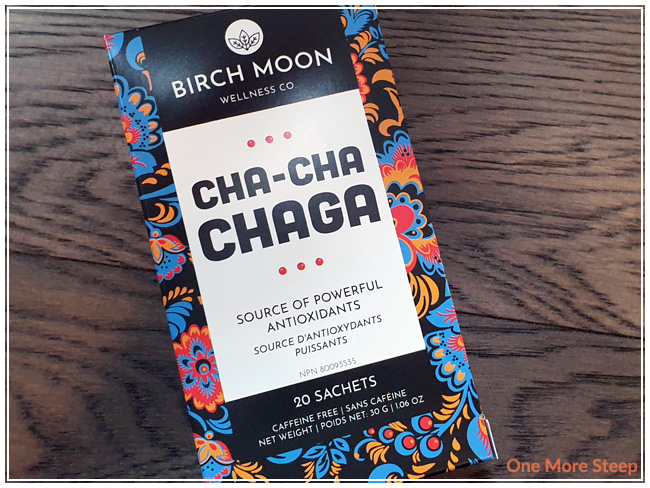 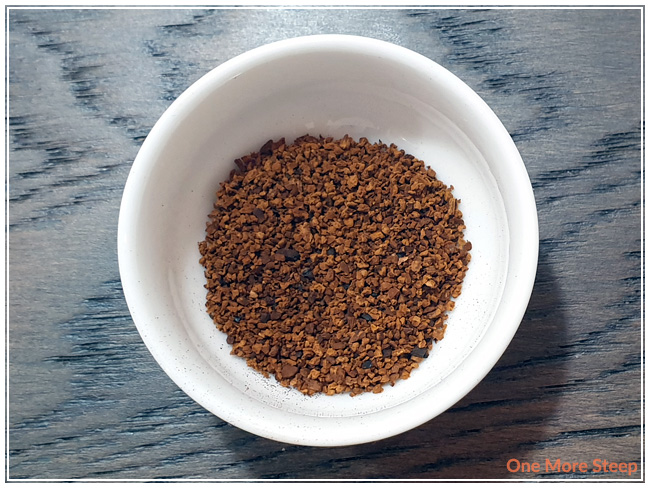 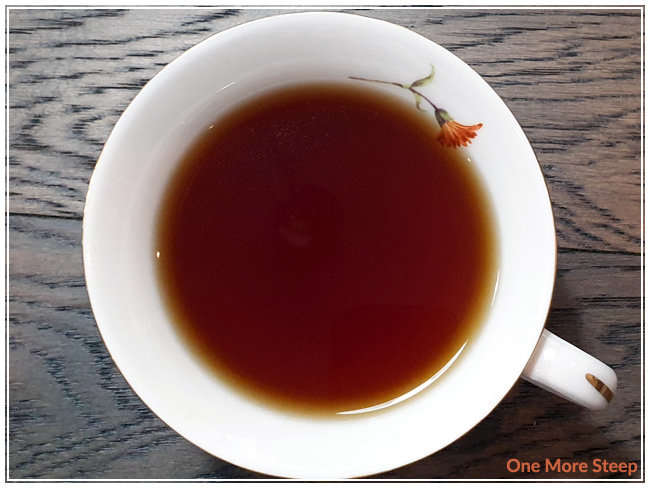 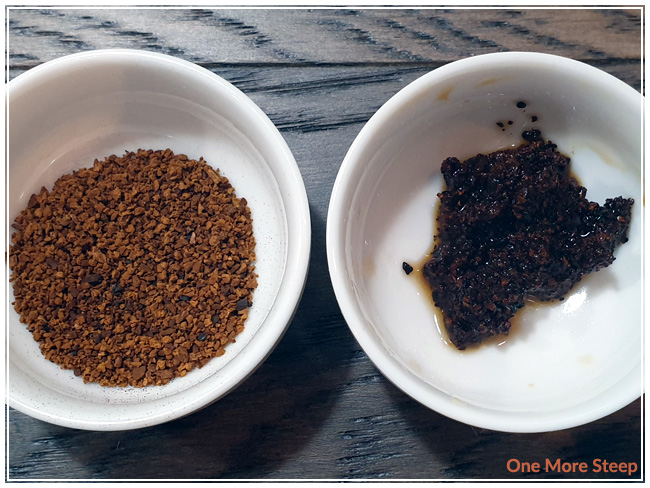 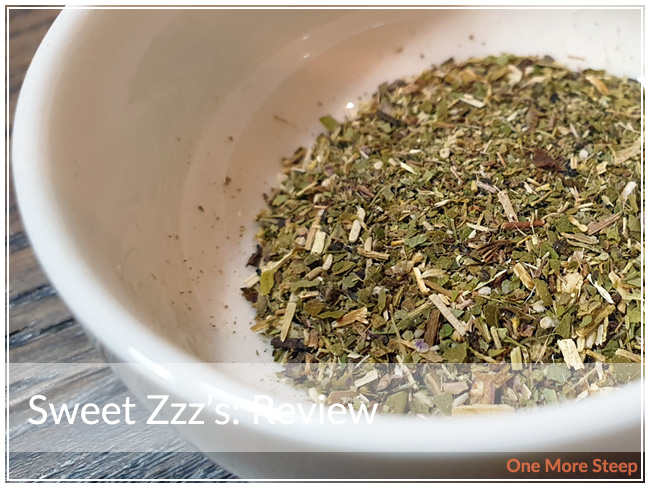 Birch Moon Wellness Co. has provided me with Sweet ZZZ’s for the purposes of writing an honest review.

Birch Moon Wellness Co. is a Canadian tea company located in Ottawa, Ontario with ingredients that are sourced from Siberia, Russia and the tisanes are blended in a Health Canada approved facility. Sweet ZZZ’s is one of their three tisanes found in the Wellness Trio – Discovery Bundle, which Birch Moon was so very kind to send my way to try (which means that this is the first of three tisane reviews for Birch Moon products!). 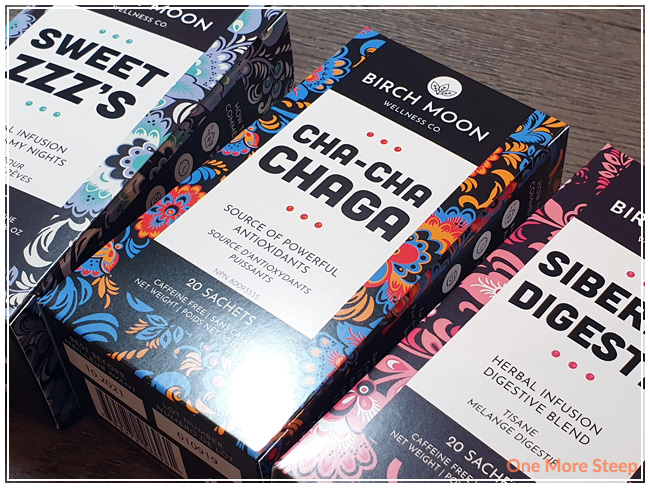 The packaging is pretty – I love the design on the boxes themselves. There was a plastic cellophane on the outside of the box that I removed prior to photographing the cartons. The boxes themselves are matte and cardstock  – so recyclable. The box easily opens on the side with a flap and the tea is prepackaged into square sachets – all inside of a resealable zip top bag for freshness. 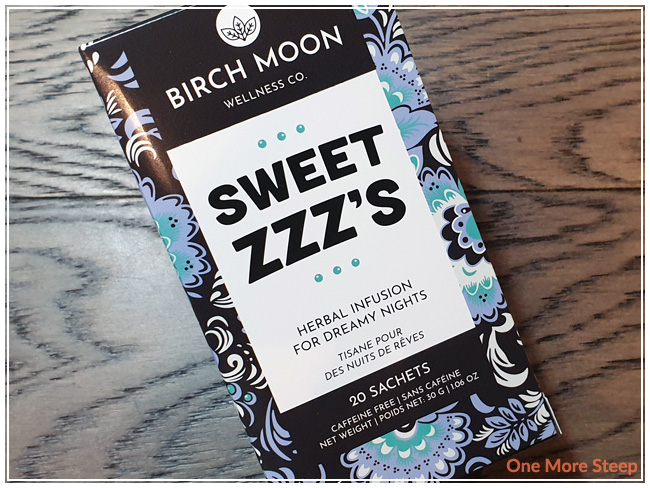 Sweet ZZZ’s has an interesting smell because I really can’t place what it reminds me of. I definitely can smell the lemon balm though, and some of the thyme. I’m not familiar with all of the herbal ingredients, so it’s hard for me to determine what’s what. Sweet ZZZ’s contains: chamomile, lemon balm grass, thyme, kuril tea, and motherwort. 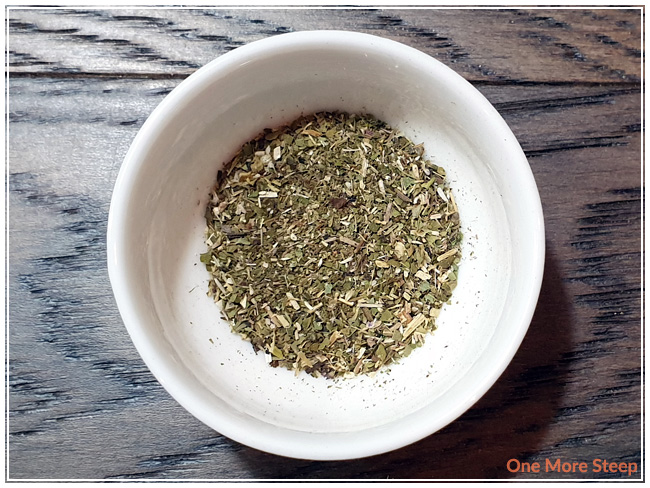 Sweet ZZZ’s steeps to a bright yellow that was surprising to me! I wish I knew more about some of the ingredients  so I knew which one was making it so bright. It reminds me a lot of sunshine in a cup. I can definitely smell the thyme and lemon balm, and something else. Flavour wise, I can taste the chamomile and thyme, and a hint of lemon balm in the background. I’m not sure what kuril tea or motherwort are supposed to taste or smell like, but there’s something in the tea that reminds me of a bit of ginseng – and not in a bad way. There is a nice pleasantness to it, with a hint of sweetness. 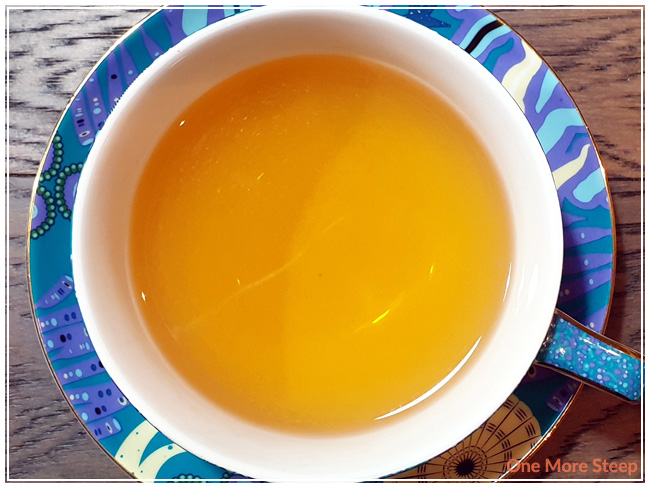 Birch Moon’s website suggests that their tisanes can be steeped 2-3 times. I did it twice, and found that the flavour does lessen considerably by the second resteep (third steep), so I might recommend just the one resteep (I did it for 15 minutes). 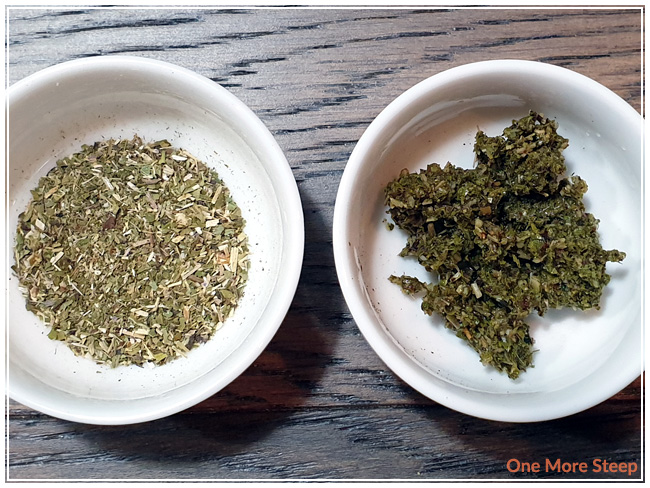 I loved Birch Moon’s Sweet ZZZ’s. The first time I tried out this tisane was when I was getting off a night shift and trying to sleep at about 8:30am. Just steeped a cup, sipped it down as I was puttering around before tucking myself in for a nap. It’s definitely more interesting for the taste buds than a plain chamomile, while still making me want to sleep. Nothing against a plain chamomile tisane, it’s just not my cup of tea.