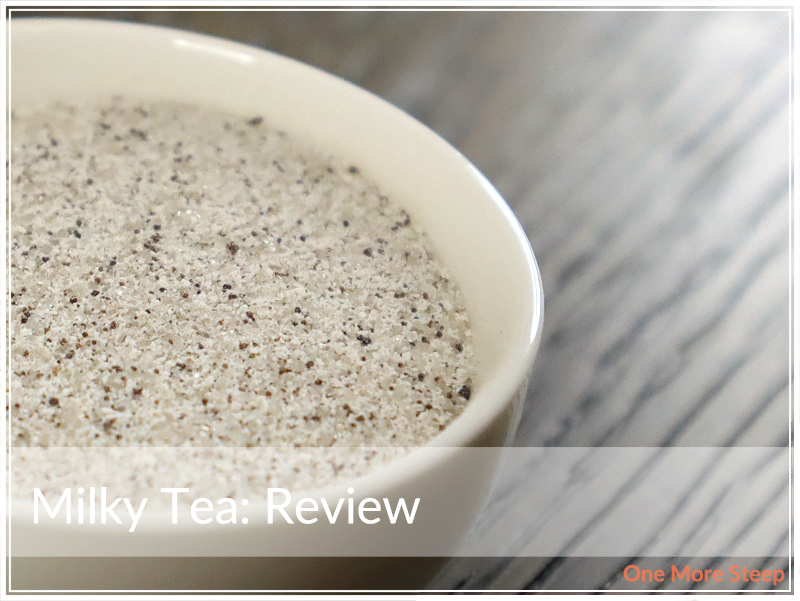 Another week, another post about my thoughts on another on-a-whim grocery store purchase. This is Milky Tea from Greenmax, another instant milk tea option for me to try in my quest for finding the ‘best’ one. 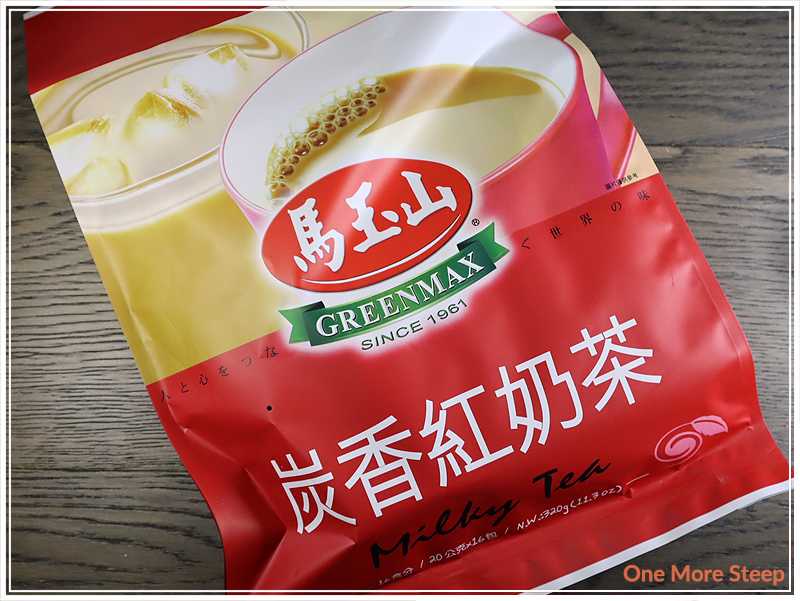 Milky Tea comes in individually portioned packets, each one with 20g. The product itself isn’t particularly much to look at – it doesn’t have much an aroma, milky white powder with the sparkle from sugar, and dark speckles throughout (that reminds me of how vanilla bean ice cream looks like). 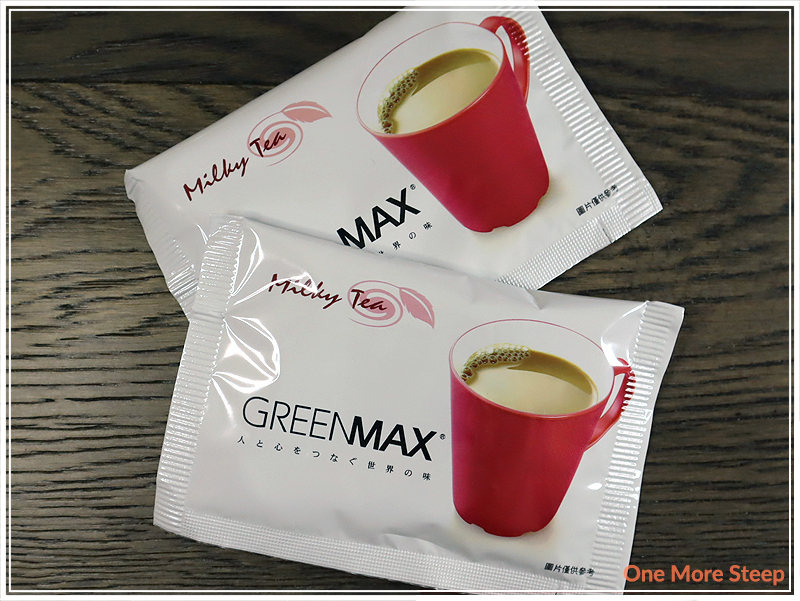 Greenmax recommends preparing Milky Tea with 150mL of boiling water (100°C/212°F) for a hot drink (and for an iced preparation, add ice cubes). I opted to prepare Milky Tea as a hot drink. 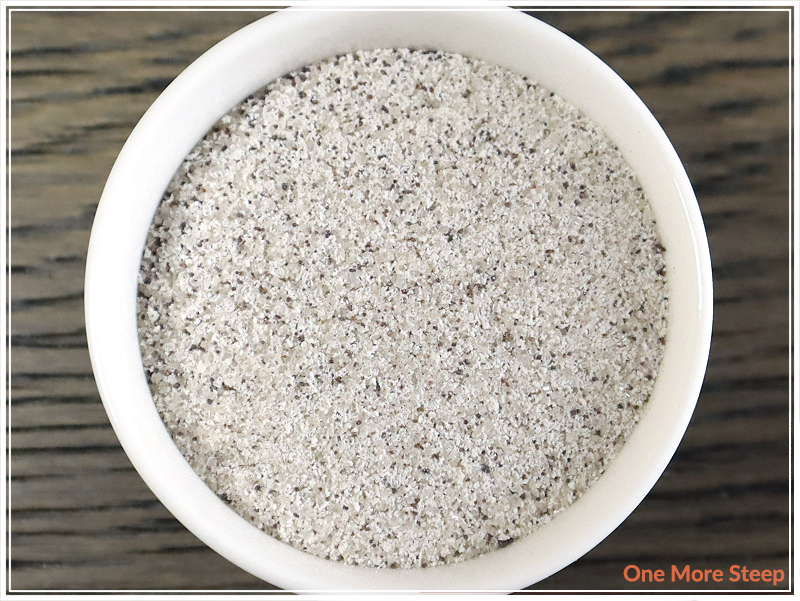 Milky Tea mixes up very easily. The aroma is sweet and creamy. The flavour is sweet, milky, with the black tea in the background. There’s some astringency, earthiness, and maltiness that all mingle well with the cream in the blend, but the foremost flavour in Milky Tea is the sweetness from the sugar. I was surprised at how much of the black tea does come through, but I do wish that there was less sweetness in it. 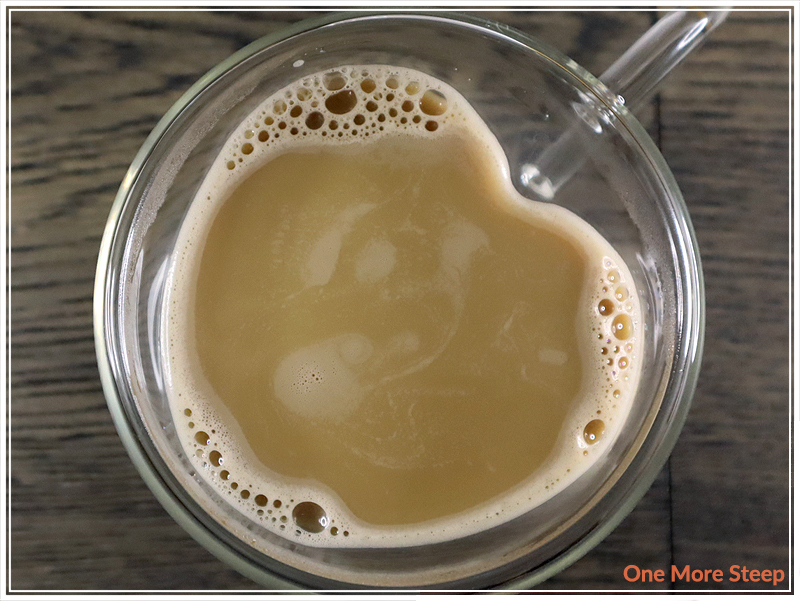 Given that Milky Tea is a beverage mix, there’s no second preparations with the same powder.

I thought that Greenmax’s Milky Tea was just okay. While Milky Tea was easy to prepare, but overly sweet for my personal tastes. There’s a nice amount of cream flavour in the blend, and there are some nice black tea notes that come through. I think this would be a great blend to have with boba or have iced – it just needs a little bit less sugar to be a drink I’d regularly reach for. 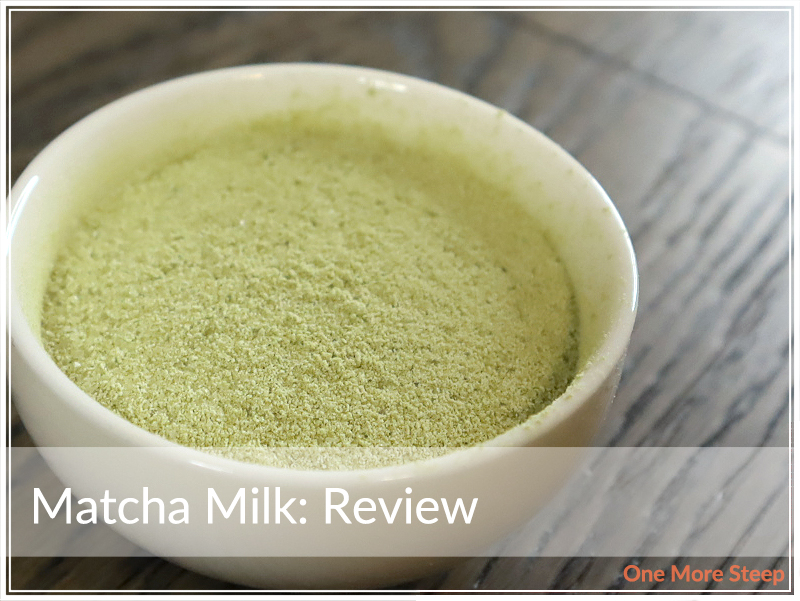 It’s a Monday, and this is a matcha. Seemed like a fitting option! Matcha Milk was an addition to my shopping cart during a weekly grocery trip – the bright green was certainly an eye catcher. 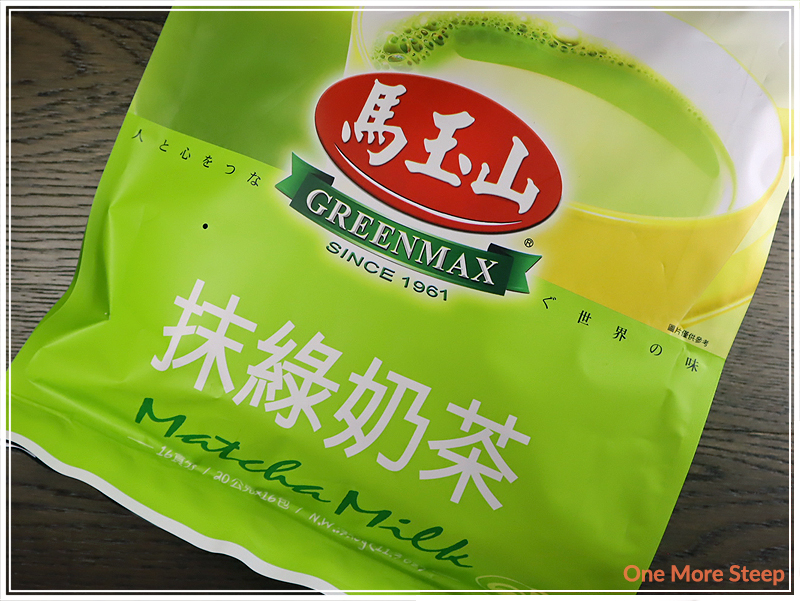 The bag has 16 sachets (20g each), each containing the Matcha Milk powder. The aroma is surprisingly fragrant compared to what I was expecting – there’s sweetness, creaminess, and a grassy note that has light vegetal notes. Matcha Milk consists of: sugar, creamer, matcha powder, and milk powder. 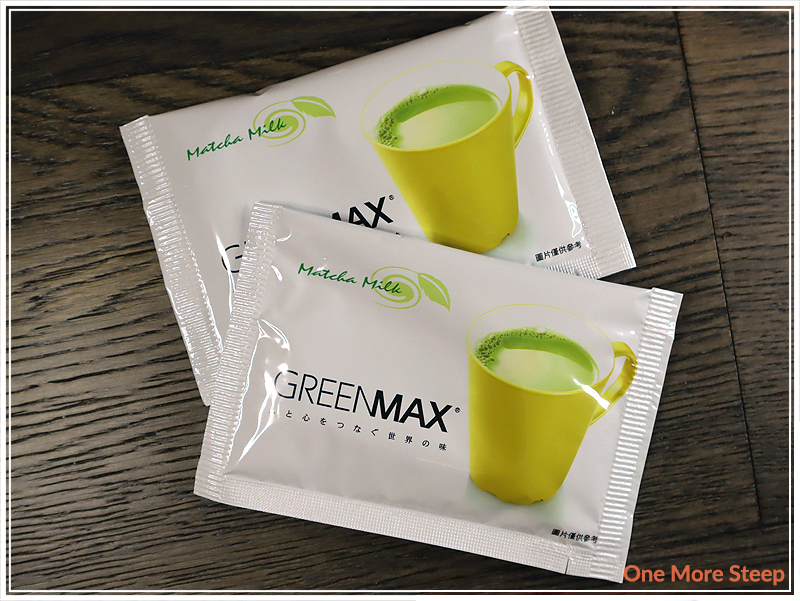 Greenmax recommends preparing Matcha Milk with 150ml of boiling (100°C/212°F) water, and to add ice cubes for an iced drinks. I opted to use a lower water temperature (79°C/175°F), and prepared it as a hot drink. 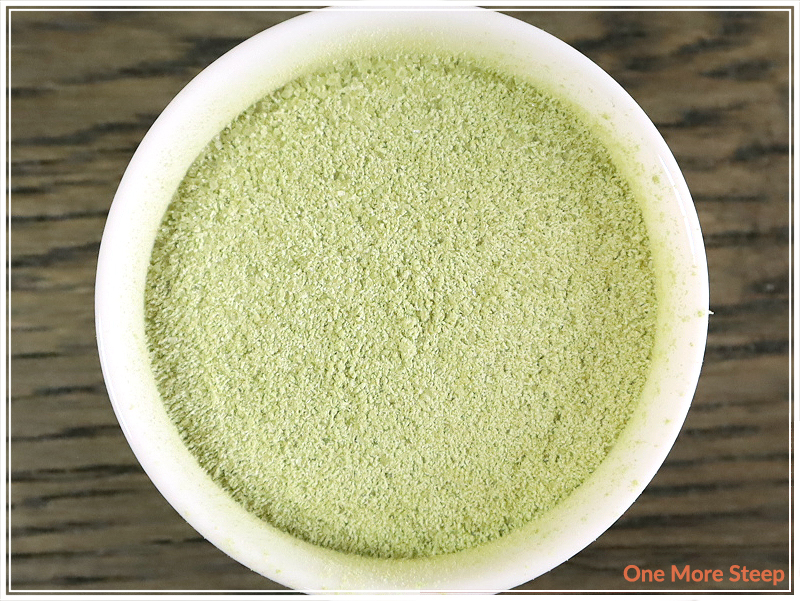 Matcha Milk prepares to a milky pear green. The aroma is grassy, vegetal with hints of cream. The flavour is sweet, grassy, slight astringency, and a creaminess from the milk powder that lends to the credibility as being a matcha ‘milk’ – thinking of this as a matcha latte option. 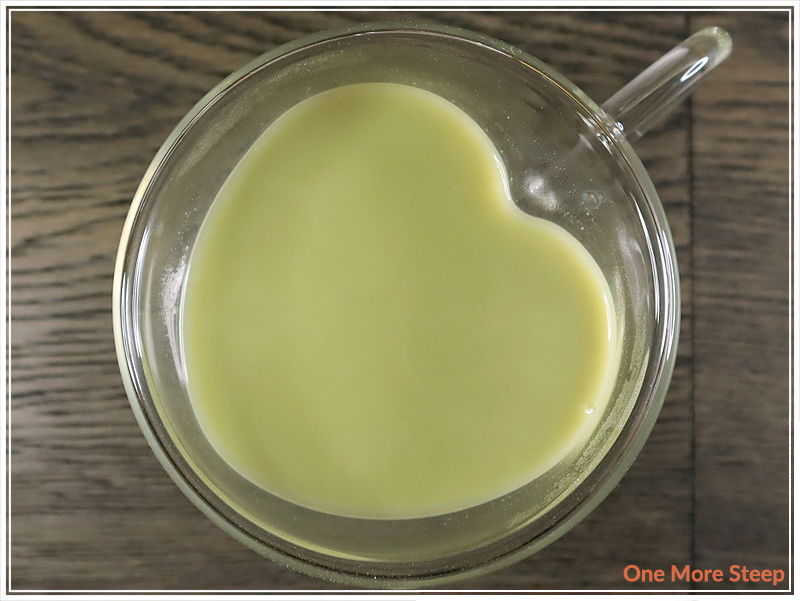 As it is a drink mix, there are no second steeps with Matcha Milk.

I loved Greenmax’s Matcha Milk. There’s something pleasant about Matcha Milk in that it does taste like matcha and isn’t overly sweet – it makes it an attractive option as a matcha latte on-the-go. The price also makes it a great option (50¢ per serving!), although I do wish that there was less packaging involved – a tin of just the powder would be great for making it better for the environment.