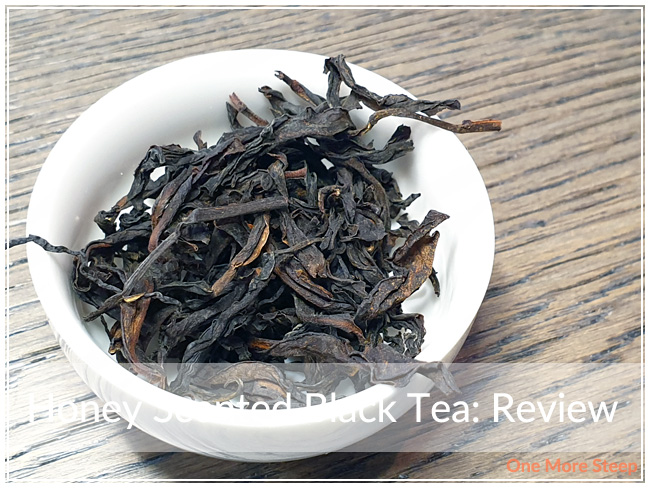 Oollo Tea was a vendor at the 2018 Vancouver Tea Festival, and I’m always pleased to sample teas at their booth because oolong is one of my favourites. And then there’s this tea, which is not quite an oolong. Honey Scented Black Tea is described by Oollo Tea as a “secret hybrid tea” as a mix between a black tea and an oolong tea. Either way, it was delicious when I sampled it which just meant that I had to try it. 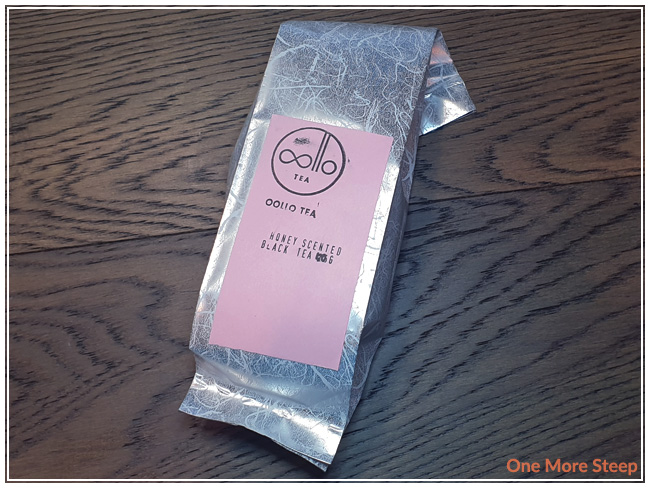 The tea itself comes in a silver package – it was actually part of a ‘mystery’ grab bag that was available at the Tea Festival (I love grab bags, I don’t know why – I just like the surprise aspect of it, I think). The packaging is not resealable, which was okay because I do have extra tea tins around. If you lack a tea tin, you can put the packaging into a glass jar or a resealable bag – the important thing is to keep tea from going stale by keeping it away from light, air, and moisture. 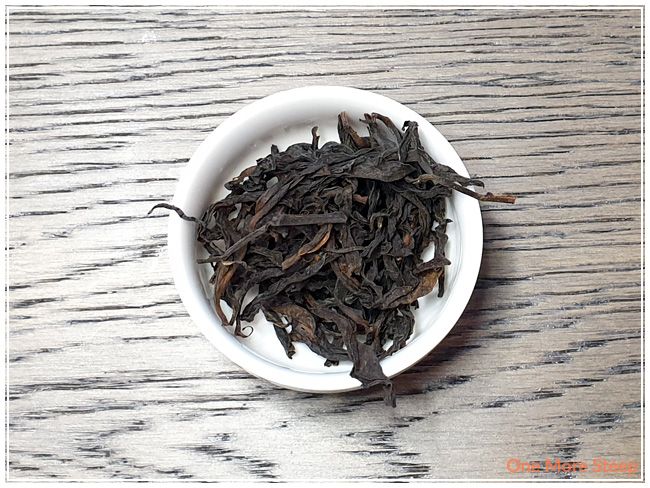 Besides the stamped information on the front of the packaging, there wasn’t any other information regarding this tea. Luckily, Oollo Tea keeps information up on their website. The leaves themselves are dark, long, and wiry. The aroma from the dry leaf is primarily sweet like honey, with a hint of honey dew and flowers. Honey Scented Black Tea is from a Qingxin Oolong varietal, which was grown by the Fu family in Pingling, New Taipei, Taiwan at 400m elevation above sea level and harvested during the winter of 2017 – in case you wanted to ever pin point exactly when your tea was harvested.

Honey Scented Black Tea steeps to a beautiful orange colour, with a lovely honey aroma to it. No surprise, given the name of the tea. On first taste, I can taste the honey sweetness, it has a thin textured mouthfeel to it that easily coats the mouth. I found the honey dew freshness at the end of each sip, which makes the tea all the more pleasant. There’s a touch of astringency at the end of each sip as well, but it isn’t too much to make the tea off-putting. Surprisingly, there is no floral flavours in the Honey Scented Black Tea, despite me initially tasting it. 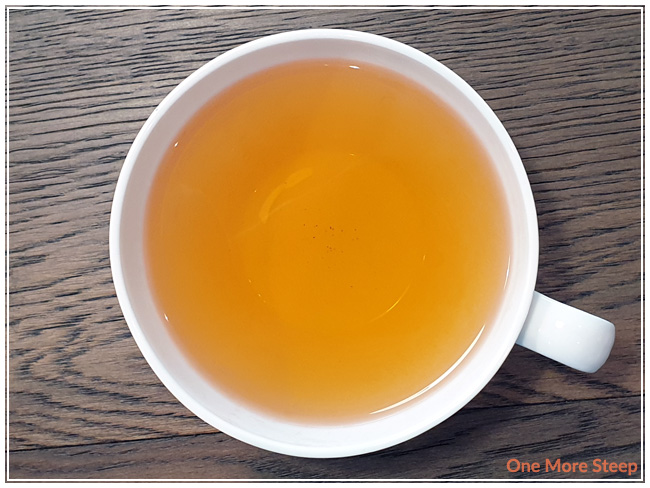 I resteeped Honey Scented Black Tea three times, adding an additional 30 seconds for each subsequent steep. I found that the flavour stated pretty consistent as I drank each steep, I found that the flavour stayed pretty strong through each steep, although was a touch weaker for the third resteep (fourth steep total). I would say that Honey Scented Black Tea is good for at least two additional resteeps, as recommended by Oollo Tea, and I would push it for a third if you really want to get your money’s worth out of this tea! 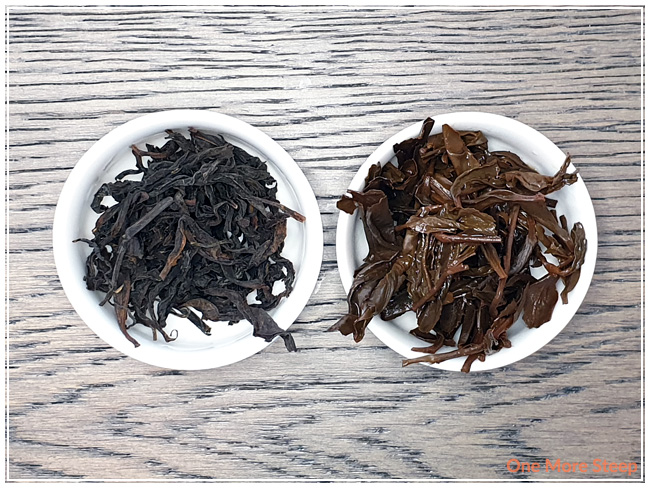 I loved Oollo Tea’s Honey Scented Black Tea. It has a great honey flavour, with the crisp freshness from the honey dew flavours. If you don’t like astringency in your tea, I would suggest lowering the amount of time spent for each steep (perhaps 90 seconds instead of 2 minutes!), and definitely resteep this one to get all the flavour out of those leaves. It is a very enjoyable black tea, I think it’d be a great afternoon tea alternative from the classic Earl Grey because of the honey notes. That said, it’d probably take cream and sugar well since it is a black tea, but I don’t think you need to go too each on the sweetener!