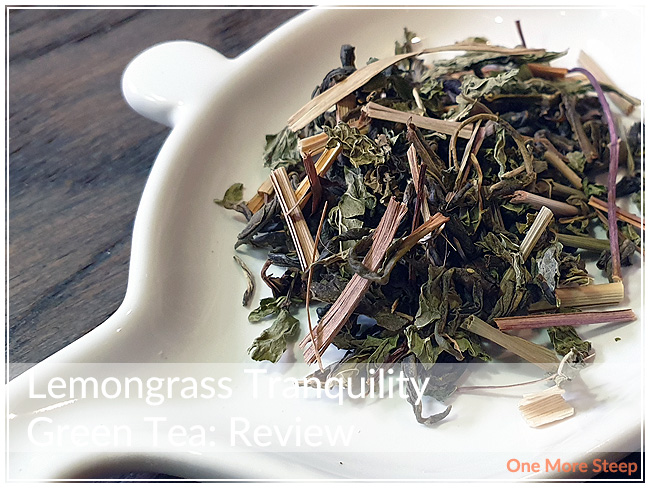 Udyan Tea has provided me with Lemongrass Tranquility Green Tea for the purposes of writing an honest review.

Lemongrass Tranquility Green Tea came in a sealed matte black resealable pouch. The labelling for the packaging is minimal, telling me the name of the product and the weight, with very little else. I had to go onto the Udyan Tea website for additional information about this green tea blend – which luckily did have more information about this tea! The aroma of Lemongrass Tranquility Green Tea is primarily lemongrass with a slight minty aroma to it. I don’t really smell the green tea base, which is unfortunate since I can definitely see it. 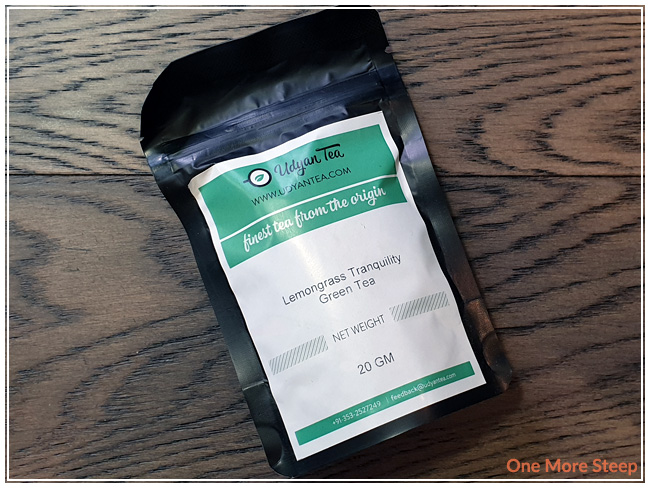 It won’t be a surprise that this tea consists of: green tea, lemongrass, and spearmint leaves. Not surprisingly, there is mint leaves in the blend. I find both lemongrass and mint to be very strong aromatic herbs so it’s no wonder that one of them is able to outshine the other. All three ingredients are visible, but the aroma of the lemongrass definitely stronger than the rest. 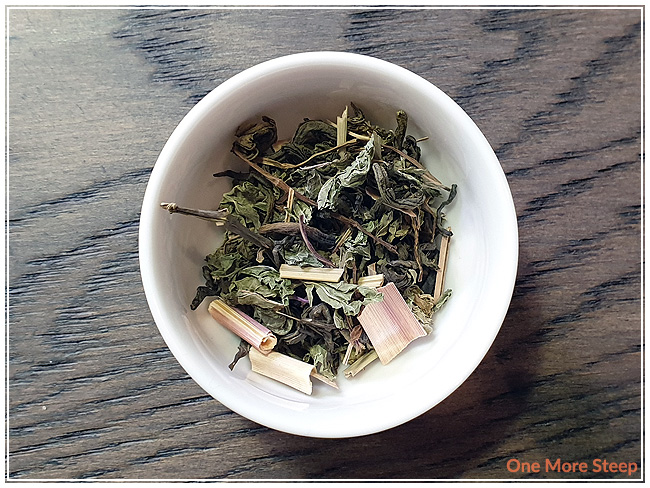 Lemongrass Tranquility Green Tea steeps to a bright golden orange colour. I found that the steeped tea had a very strong lemongrass aroma, and I didn’t really smell much of the green tea base or spearmint leaves. When I tasted it, I found that there was primarily a lemongrass flavour. This green tea blend is smooth, and has a slightly minty flavour that is more pronounced at the end and in the aftertaste from the tea. I found there was touch of astringency at the end of each sip as well, but it wasn’t too harsh or off-putting. 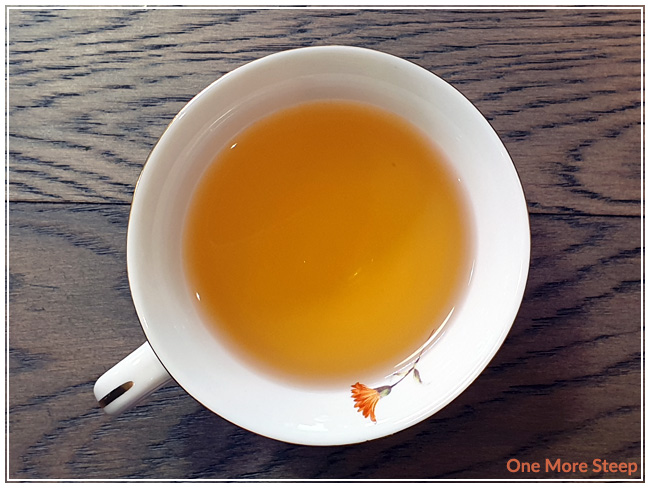 I resteeped Lemongrass Tranquility Green Tea for an additional 2 steeps, where I added an extra 30 seconds for each subsequent steep of the leaves. I found that the lemongrass flavour got progressively weaker while the mint and the green tea base actually got a chance to make themselves known. The mint flavour got a bit stronger with each steep while the green tea base – which I found to remind me a bit of dark leafy green vegetables – was noticeable in each of the resteeps while it was virtually unknown in the initial steep of the same leaves. 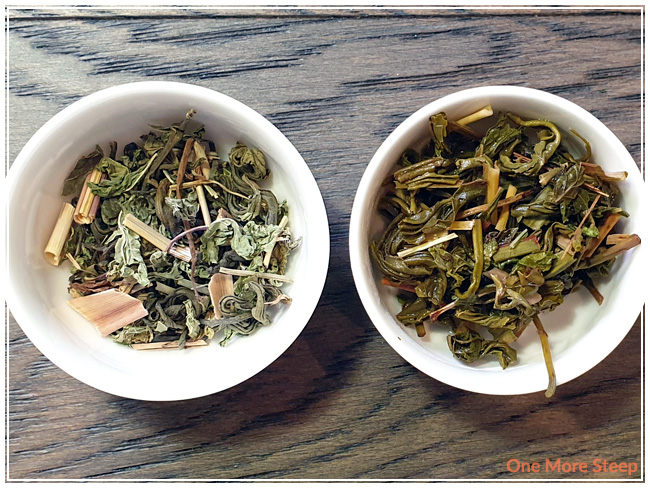 I liked Udyan Tea’s Lemongrass Tranquility Green Tea. I found that it had a lovely flavour, although I wish that the mint and the green tea base were both more present in the initial steep. It would have been nice to have the experience of all the ingredients equally in the initial steep. However, I did enjoy the fact that both the spearmint and green tea were present in the subsequent resteeps. It made for a tasty cup of tea and I enjoyed this tea hot.