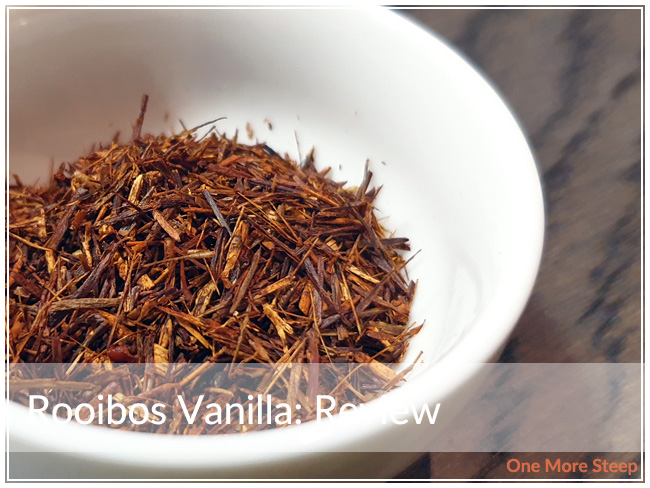 Oteas has provided me with Rooibos Vanilla for the purposes of writing an honest review.

Rooibos Vanilla came in a shrink wrapped cardboard box that holds the 12 tea sachets – made of biodegradable material. There’s a bit of information on the box regarding the origin of rooibos – from the South African coast near the Cedar Mountains and how it’s been cultivated since 1930. There is a strong rooibos aroma, with light notes of vanilla in the background. 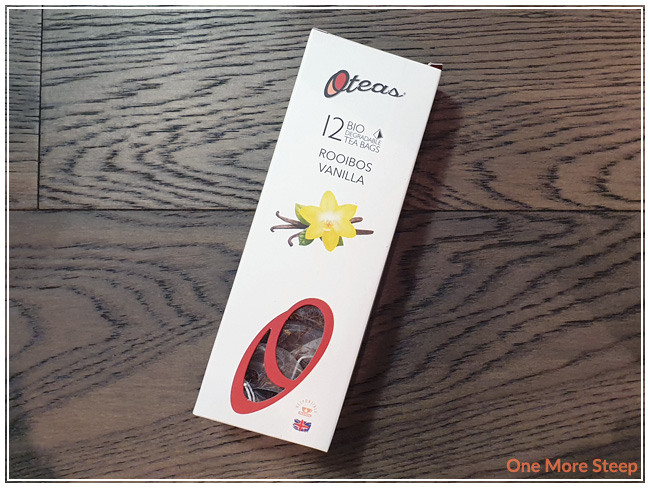 Rooibos Vanilla consists of the ingredients in the name: rooibos and vanilla. The strong rooibos aroma is medicinal to me, which is great for people who enjoy rooibos. 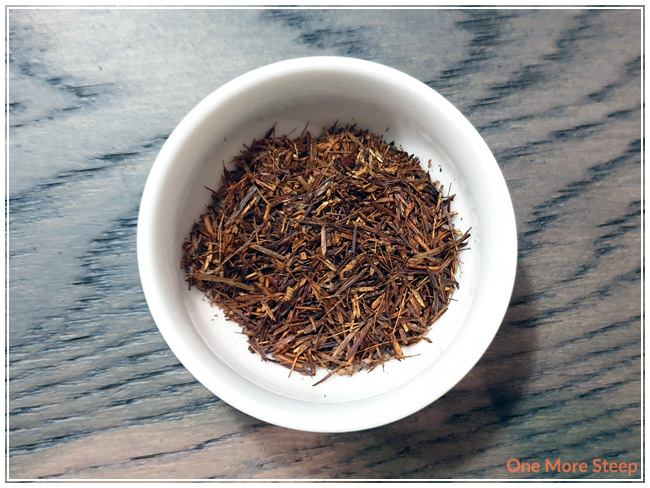 Rooibos Vanilla steeps to a golden red colour. There’s a strong rooibos aroma from the steeped tisane. I found that the taste was primarily of the rooibos – it has a strong medicinal flavour to it. There was a light sweetness of vanilla throughout. I enjoyed the vanilla flavour, but not so much the rooibos base – but rooibos isn’t my favourite. 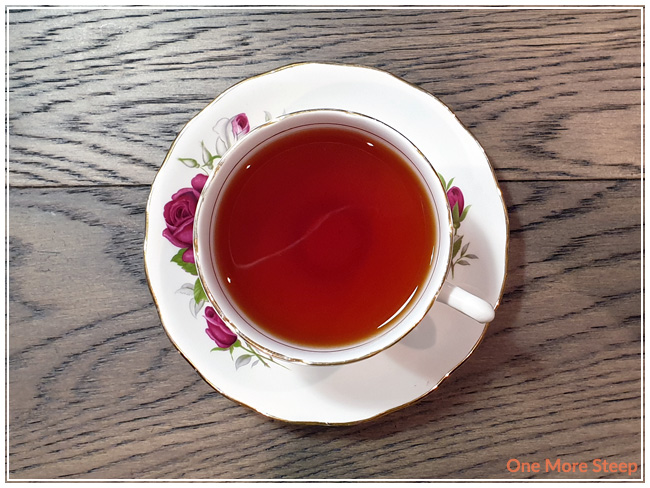 I resteeped Rooibos Vanilla once, and found that the vanilla flavour was mostly gone in the second steep of the same leaves. I would have enjoyed more vanilla notes. 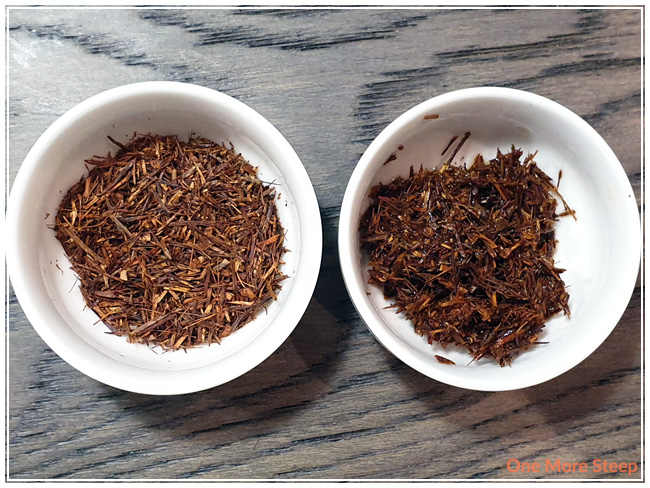