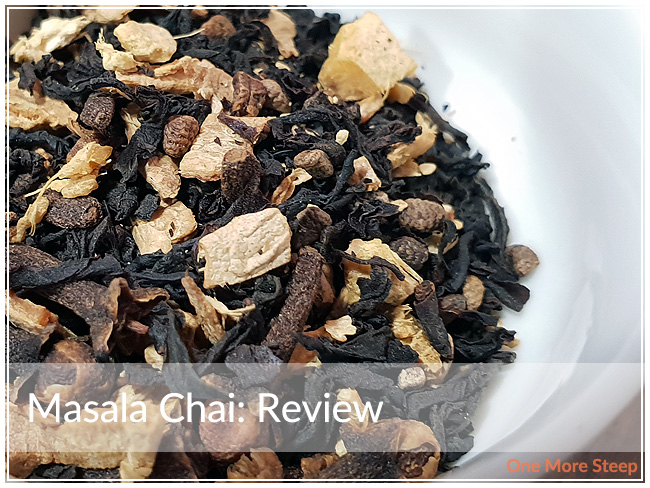 Masala Chai came to me in a resealable pouch that had all the necessary information on the label – which is always a nice touch. I have friends and family members with food allergies, so it’s always important to me to be able to check at a quick glance what ingredients are present in a tea blend (thankfully nobody has told me so far that they have an allergy to tea yet!). The rich aroma from the dry leaf is primarily that of the spices that are present in the blend. I can mostly smell the cinnamon and the ginger, as those are the strongest fragrances that I can pick out. 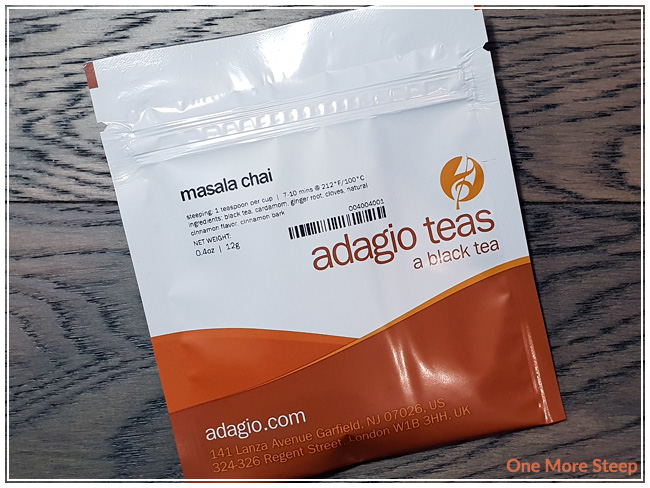 Masala Chai consists of: black tea, cardamom, ginger root, cloves, natural cinnamon flavour, and cinnamon bark. What’s nice is that the ingredients are easy to identify in the blend, there seems to be a fairly even distribution of most of the spices throughout the chai blend. 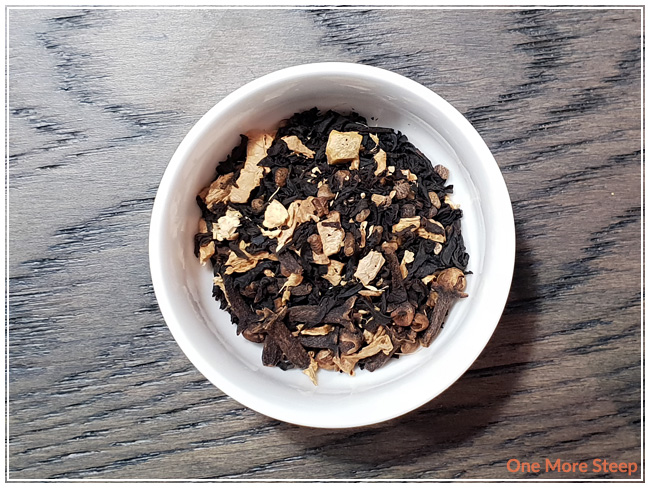 Adagio Teas recommends steeping Masala Chai in 100°C (212°F) water for 7 to 10 minutes. I followed the steeping recommendations and did an initial steep of 10 minutes.

Masala Chai steeps to a golden brown with a rich, spicy fragrance from the chai mix. I can easily taste the cinnamon, ginger, and cloves. There’s a pleasant sweetness in the tea, which balances well with the spicy notes with this black tea blend. I do find myself searching a bit for the cardamom, which is a flavour that I quite enjoy in chai blends but I also do recognize that it can be easily overpowered by strong spices such as the ginger and cinnamon.

I did pour myself a cup of Masala Chai, and added a healthy amount of locally sourced honey as well as some evaporated milk. Like many chai blends, this is a tea that takes to the addition of sweetener and milk or cream well. 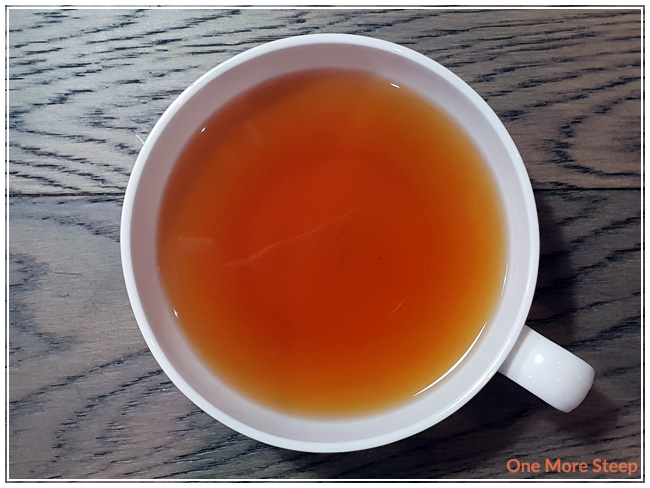 I resteeped Masala Chai twice, adding an additional 30 seconds for each subsequent steep. I found that the first resteep was most similiar to the initial steep – it was a bit watery compared to the initial steep. The second resteep did not fair well, and frankly I did not enjoy it at all. I would say that Masala Chai is good for one more steep. 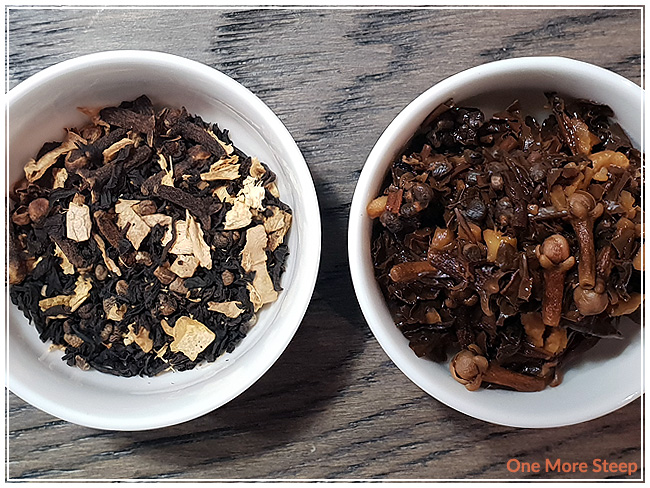 I liked Adagio Teas’s Masala Chai. The flavours of the spices were pleasant, and it did hold it fairly decently to being resteeped. I found myself wishing that the cardamon was more present in the initial steep, and would have liked for it to have a heavier presence in the tea. The other spices were well represented in Adagio Teas’ version of Masala Chai, and I found it to make for a nice cup of tea.