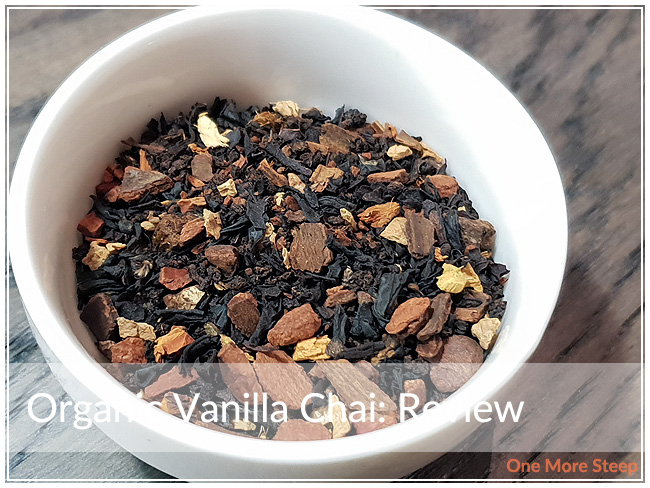 Organic Vanilla Chai came up as listed on the DavidsTea website as an online exclusive, which of course meant that it somehow wound up in my shopping cart when I was putting in an order. Described as “warm vanilla comfort”, I was intrigued about the Organic Vanilla Chai because I really like vanilla and I also really like chai. There is something warming about a good cup of spiced chai and I really did have high hopes for it when I picked it. 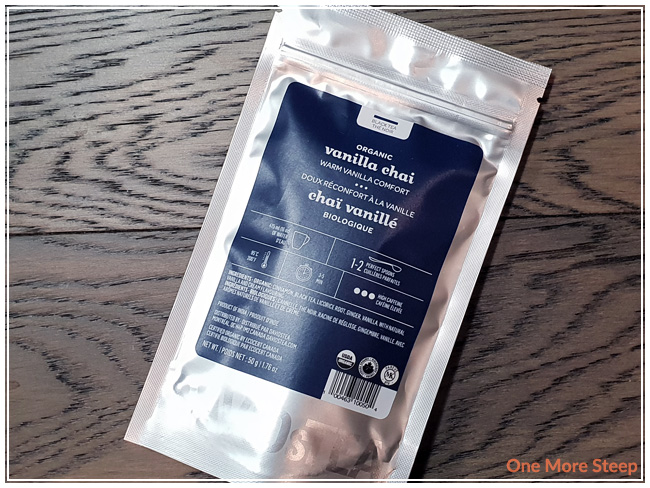 Like most of the online tea offerings from DavidsTea, Organic Vanilla Chai came to me in a sealed (resealable) foil bag with a printed label that had all the information needed on it. If you’re familiar with some of the older label styles, you’ll notice some slight changes to it. The tea itself smells sweet, I can smell the cinnamon with licorice root with some mild vanilla undertones. I really do wish that the vanilla was stronger, especially given the name of the tea. I cannot smell the ginger, which is a bit of shame since that’s usually such a strong flavour. 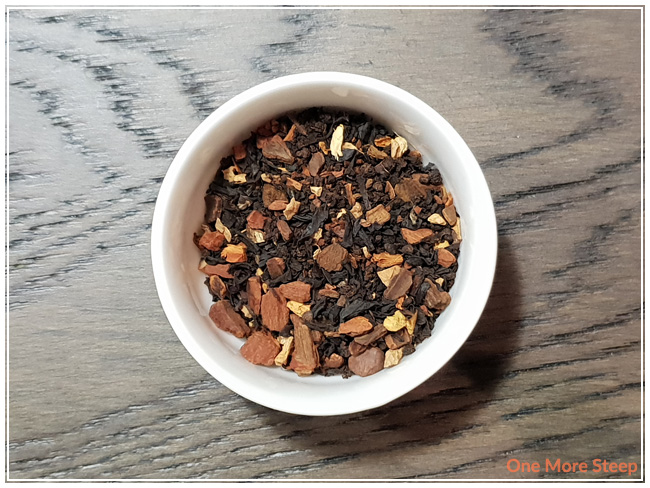 Organic Vanilla Chai steeps to a reddish orange. The aroma of the spices in this chai blend become much more obvious once the tea is steeped. I found that the fragrance of the vanilla to be soft compared to the spices, which is to be expected. On first taste, I do notice that tea is just not as sweet as I was expecting. The dry leaf had a very sweet smell, while the steeped tea wasn’t very sweet. I can taste the spices – the cinnamon, licorice root and ginger are very obvious. I like that there’s the noticeable warming qualities from the cinnamon and the ginger, and the vanilla is a bit of an aftertaste since the spices are quite strong. I found that the tea overall had a pleasant creaminess to it that makes me think that it needs added cream. 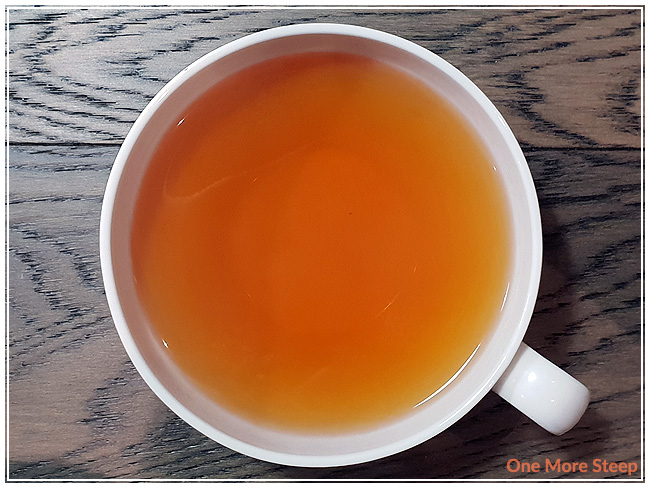 I resteeped Organic Vanilla Chai twice, adding an extra 30 seconds per subsequent steep. I found the first resteep to be fairly close to the initial steep, while the second resteep barely had any spice flavour at all. I would say that Organic Vanilla Chai is good for just one more steep. 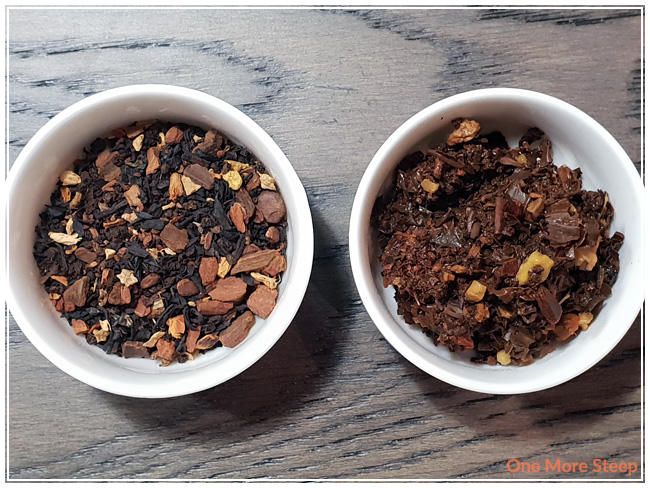 I liked DavidsTea’s Organic Vanilla Chai. I think this black tea blend is a great candidate for a tea latte, and could really benefit from a touch of sweetener and cream to really accentuate the cream flavouring in the tea and to also boost the flavour of the vanilla. I found the flavour balance to be quite good, the initial steep was enjoyable for me. The one thing that I do wish is that the vanilla flavouring was a bit heavier handed, it’d be nice if the creamy notes from the vanilla was stronger and I think it would have definitely played off of the cinnamon or ginger really nicely to balance with the warming spices.