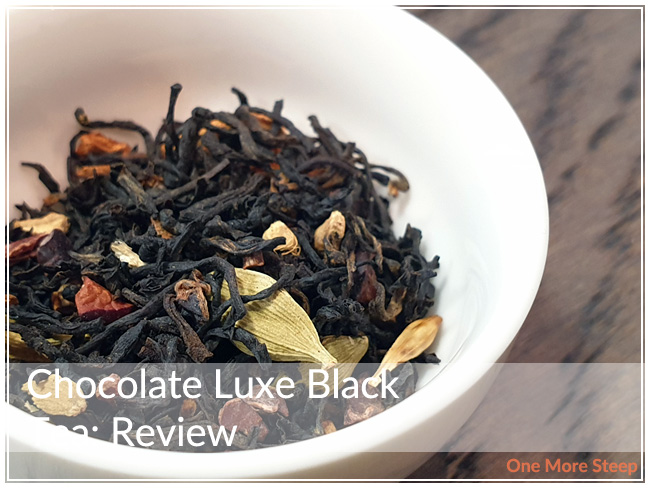 Udyan Tea has provided me with Chocolate Luxe Black Tea for the purposes of writing an honest review.

Udyan Tea’s Chocolate Luxe Black Tea came in a sealed, resealable matte black foil bag. The label doesn’t provide a whole lot of information about the tea, I had to pop over to the product page on their website for details about the tea’s ingredients and steeping instructions. 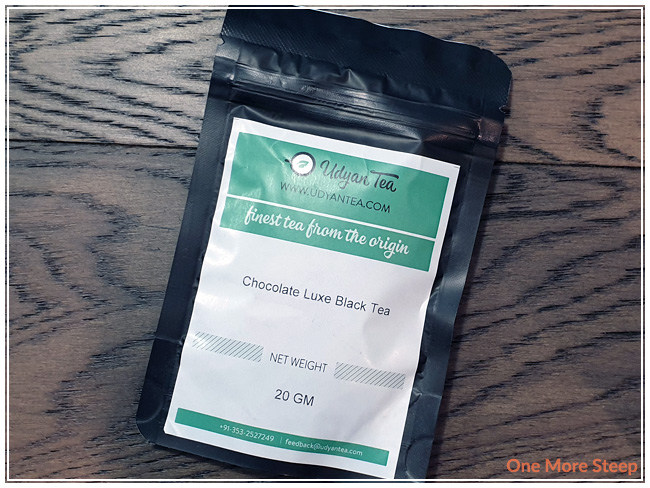 When I first opened the package, I noticed that I could definitely smell the spices. I could primarily smell cinnamon and cardamom, with hints of chocolate in the background. Chocolate Luxe Black Tea consists of: black tea, natural chocolate flavour, cocoa nibs, ginger, cardamom, cinnamon, and hops. 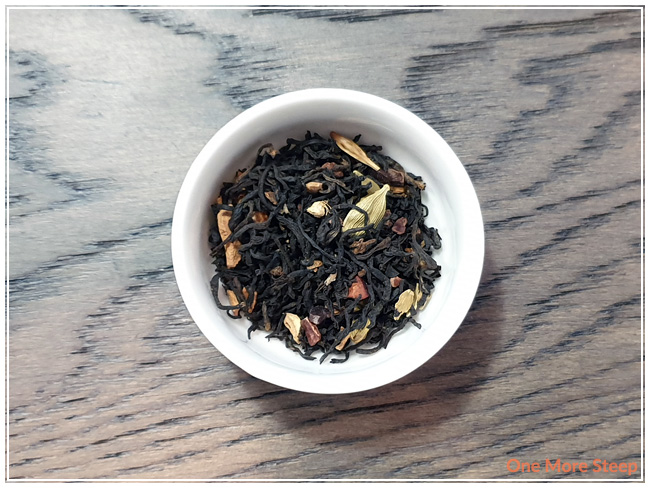 Chocolate Luxe Black Tea steeps to a deep reddish brown colour, with little flecks of oil on the surface of the tea. The aromas are a blend of chocolate, cardamom and cinnamon. When I tried the tea, I noticed it was slightly bitter with a slightly oily mouthfeel. I could taste the cinnamon and cardamom, and noticed a warming quality that I’m attributing to the presence of ginger, but the bitterness is what stands out the most when I sip this tea. It makes me think of like a mix between hot chocolate and masala chai – which worked for me taste-wise when I added a bit of evaporated milk to help temper the bitterness that I noticed. 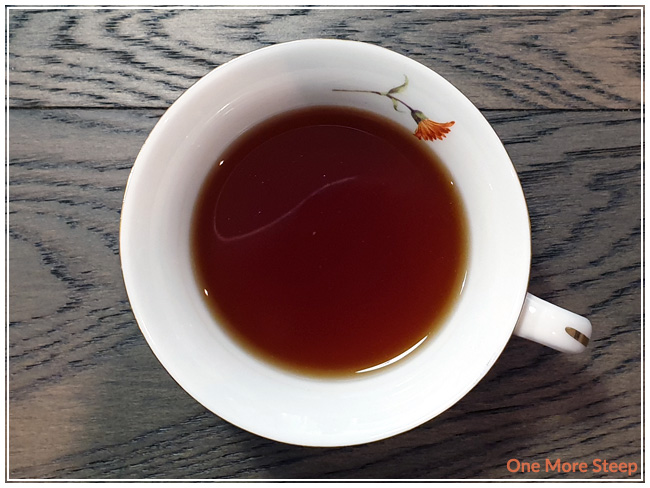 I resteeped Chocolate Luxe Black Tea once, adding an additional 30 seconds for the resteep. I found the flavour was pretty similar to the initial steep with less chocolate flavour. 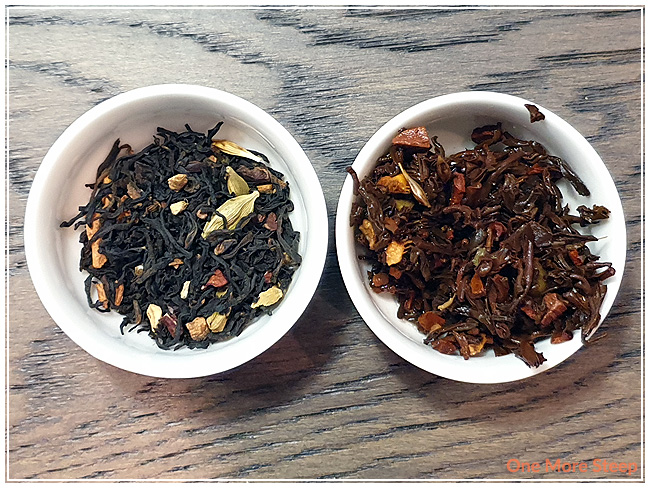 I thought that Udyan Tea’s Chocolate Luxe Black Tea was just okay. The spices were nice in this black tea blend, but there was just something about the chocolate flavouring and/or cocoa nibs that just left a bit of bitterness in the tea that was just not appealing to me. The addition of evaporated milk definitely helped to improve it by making it more like a hot chocolate chai drink, and I really did enjoy the cinnamon, cardamom, and ginger in this blend. I just wasn’t a huge fan of the oily mouthfeel that I got mostly in the initial steep. I think this black tea could be better if prepared on a stovetop in milk, as if you were making a proper chai since the milk did help with the bitterness.