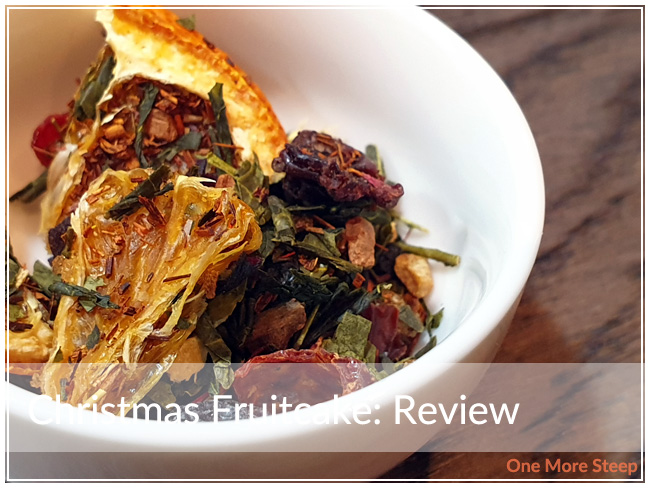 Christmas Fruitcake is an exclusive blend for Dessert by Deb subscription subscribers and is available for purchase by subscribers only at this time.

Christmas Fruitcake came in a sealed, resealable silver pouch and was part of my December box from Dessert by Deb – which was the very first box of the bimonthly year tea subscription. This is also one of two subscription exclusive blends – what a great incentive to join! I like being part of the super secret club. 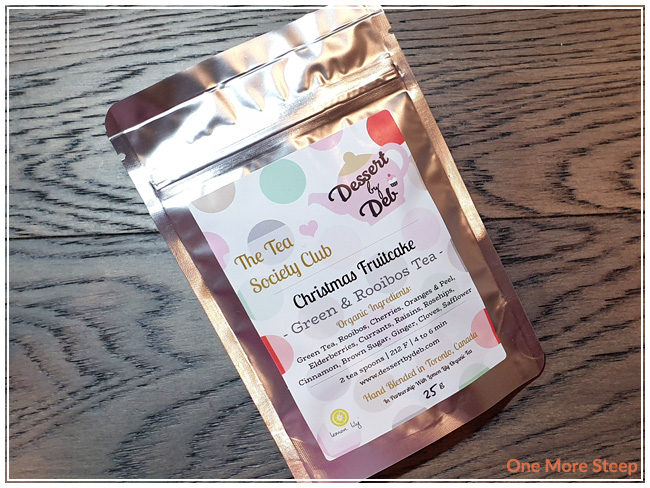 This blend smells really inviting – I get strong orange, cinnamon, ginger, and clove aromas. It’s nicely mixed together and I didn’t have to shake it up to get a little bit of everything in my spoon, which was nice. Christmas Fruitcake consists of organic: green tea, rooibos, cherries, oranges and peel, elderberries, currants, raisins, rosehips, cinnamon, brown sugar, ginger, cloves and safflower. 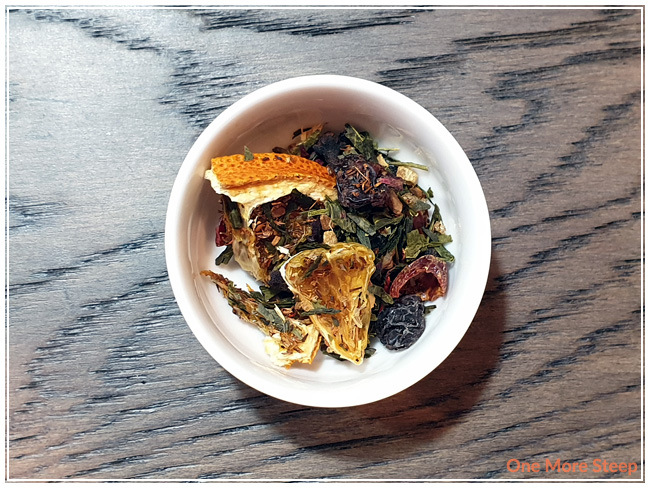 Dessert by Deb recommends steeping Christmas Fruitcake in 100°C (212°F) water for 4 to 6 minutes. I followed the steeping instructions and did an initial steep for 4 minutes.

Christmas Fruitcake steeps to a nice golden orange. I can definitely smell the cinnamon and ginger, I think those are the strong players in the blend of ingredients! On first taste, I notice that it has a nice sweetness. The flavour of Christmas Fruitcake is that one orange, cinnamon, ginger, and cloves. All the warming qualities of ginger make it a very pleasant drink. I did find that it reminded me of the flavours that you might find in a nice spiced pound cake. As for the base of the tea blend – I don’t really taste either the green tea or the rooibos – which is both a plus and a minus because I don’t typically enjoy rooibos blends. But I don’t smell or taste the medicinal-like quality that rooibos often lends to blends. 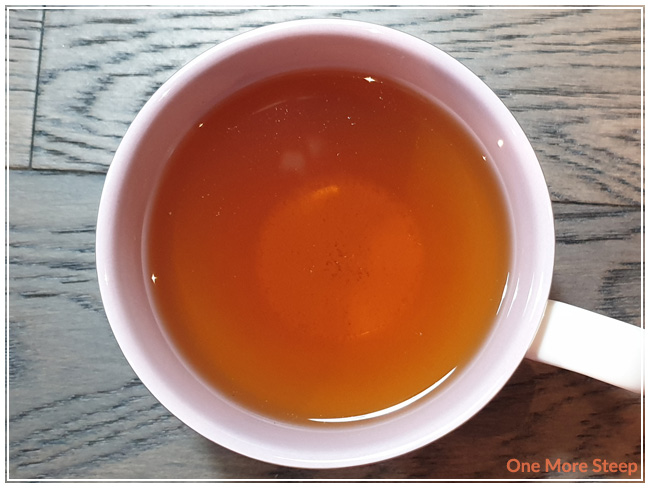 I attempted to resteep Christmas Fruitcake and found that it didn’t hold up very well for a second steep. The rooibos was a touch more noticeable, and the ginger and orange were significantly weak compared to the initial steep. I would recommend Christmas Fruitcake for just one steep. 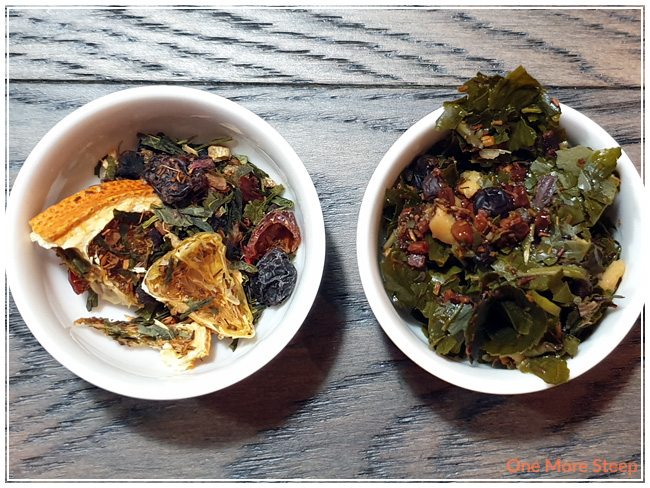 I loved Dessert by Deb’s Christmas Fruitcake. I really enjoyed the flavours in the blend, and appreciated that I wasn’t able to taste the rooibos because it’s not my favourite thing in the world. The flavour of orange, cinnamon, and ginger really make me think of a spiced pound cake – mostly because I don’t think I’ve really ever tried a fruitcake before (and if I have, I don’t remember what it tastes like!). It’s certainly a fantastic first look an exclusive tea blend for subscribers of Dessert by Deb.