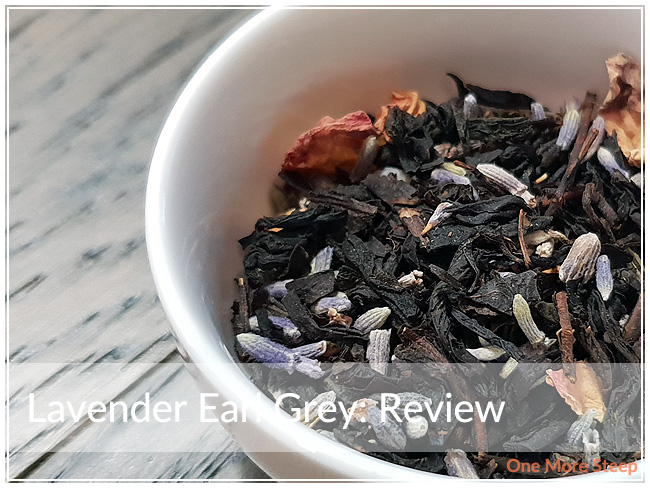 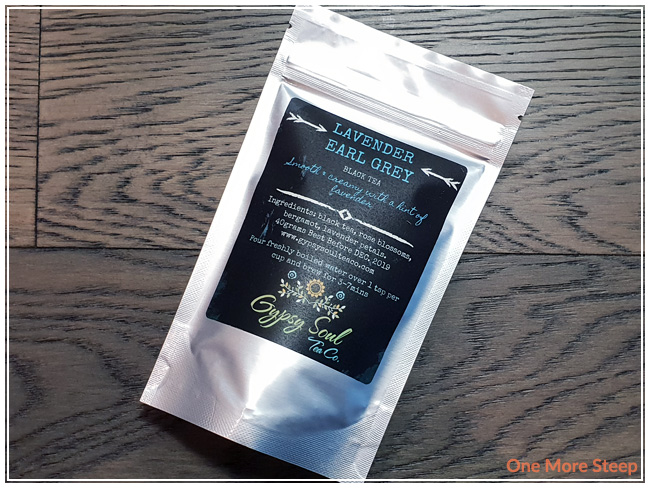 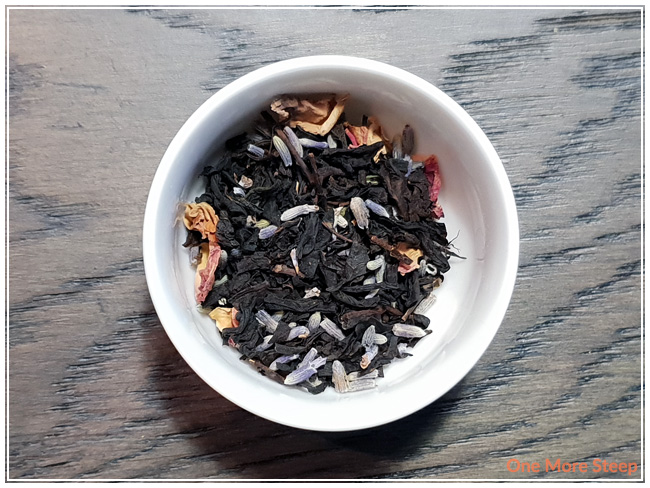 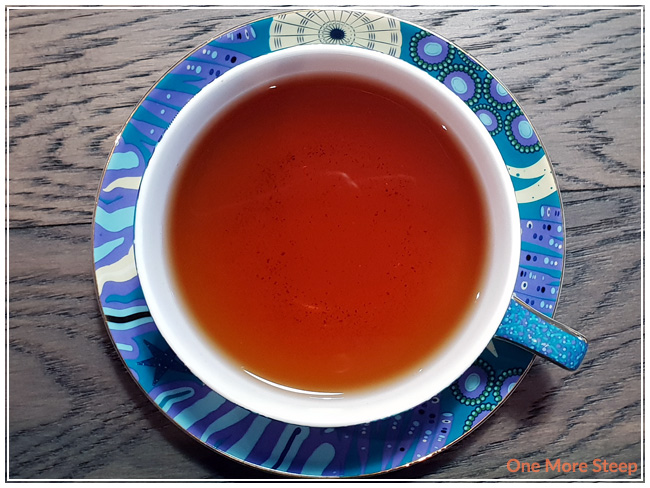 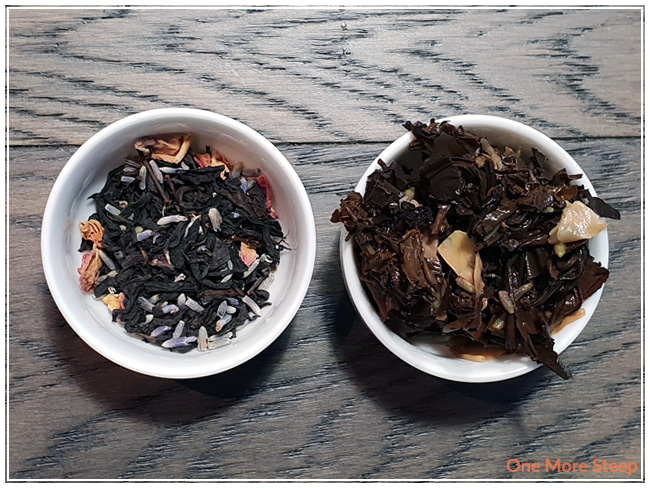 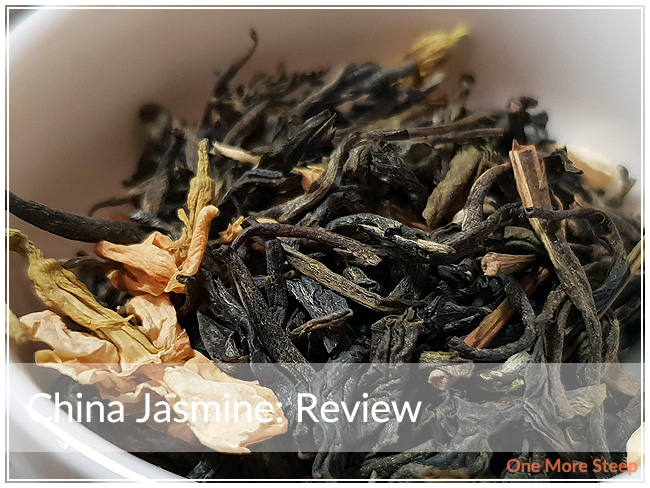 Whenever I’m trying a new-to-me tea company, I generally like to try a few things: usually a blend that seems unique to them, a straight or minimally blended tea, and an Earl Grey – only because I love Earl Grey and it’s one of my tea staples. This one was one of my choices from Gypsy Soul Tea Co because it’s a minimally blended tea. China Jasmine is a green tea, flavoured and blended with jasmine blossoms. 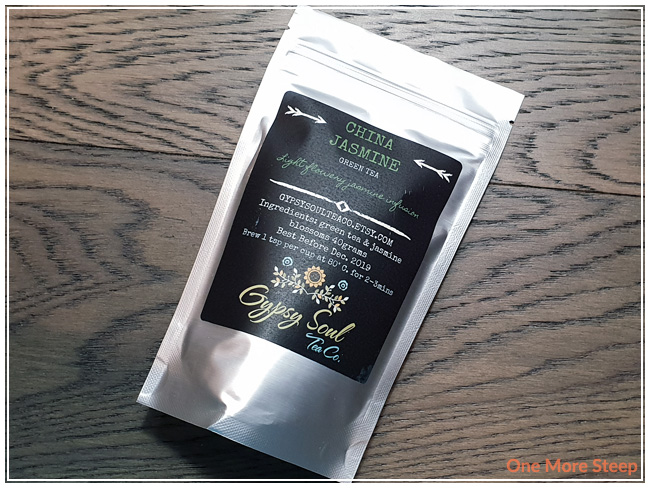 I’ve mentioned the packaging that Gypsy Soul Tea Co uses in my last review of one of their teas (Pumpkin Spice), but I do still like it. The label on the front tells me everything that I really need to know, and the clear plastic back lets me see the blend itself. I can easily see both ingredients: green tea and jasmine blossoms. I can also see that it’s full blossoms and petals, and not little tiny pieces. When I opened the bag, the first thing that hit me was the aroma. This blend has a beautiful floral fragrance from the jasmine, and I can smell both the jasmine and the green tea. 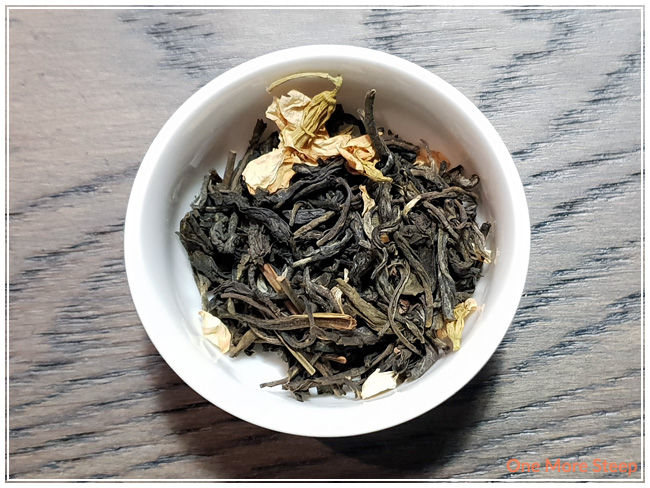 Gypsy Soul Tea Co recommends steeping China Jasmine in 80°C (176°F) water for 2 to 3 minutes. My initial steep of this green tea was for 2 minutes.

China Jasmine steeps to a light yellow colour. The aroma is very floral, the jasmine shines in this tea. On first sip, I can taste the floral notes from the jasmine, there’s a pleasant sweetness along with some grassy notes from green tea base. I think two minutes was a good amount of time to steep this tea, there’s no astringency or bitterness when steeped for two minutes. It’s a very pleasant jasmine green tea, I like that the green tea base isn’t too vegetal as I think that would distract from the floral flavour. 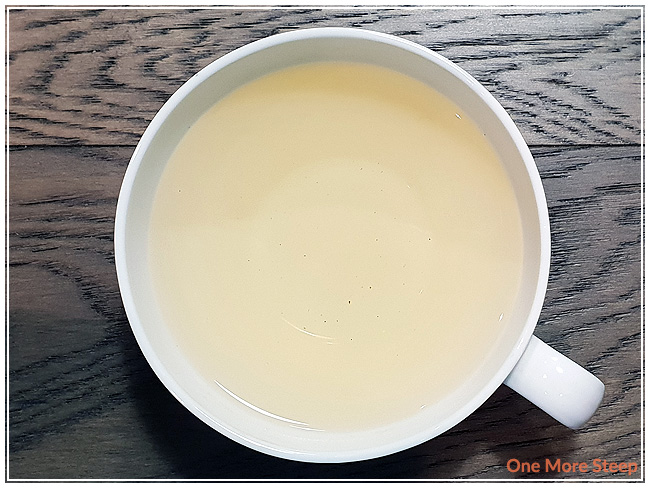 I resteeped China Jasmine four times, adding an extra 30 seconds of steeping time for each subsequent steep. I could that the colour of the tea got darker for the first resteep and lighter after that. The flavour of the tea remained fairly close to the initial steep, although I think that the floral notes weren’t as strong in comparison to the green tea base after the first resteep. The flavour balance was still enjoyable by the fourth resteep. 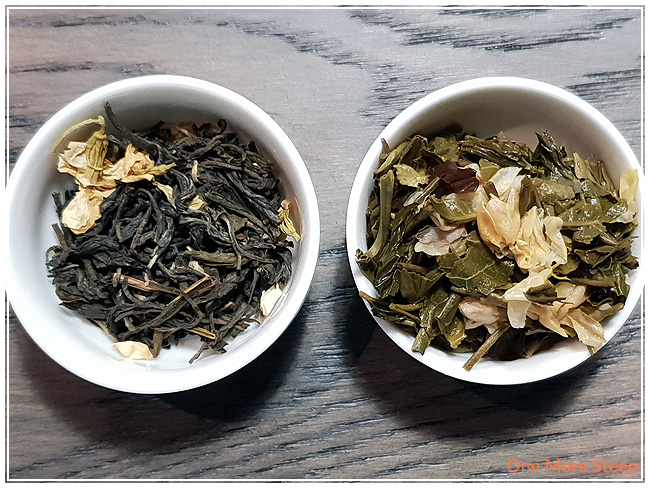 I loved Gypsy Soul Tea Co’s China Jasmine. I thought that the flavours were on point for a jasmine green tea, and had a nice balance between the jasmine floral flavour with the green tea base. The recommended steeping time of 2 minutes was perfect for myself, and I found that it resteeped beautifully. It’s definitely a nice green tea blend and is worth resteeping a few times, which shows off the quality of the ingredients. 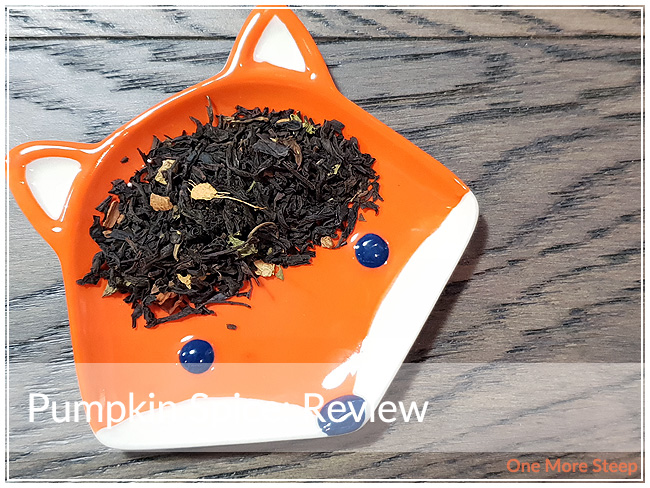 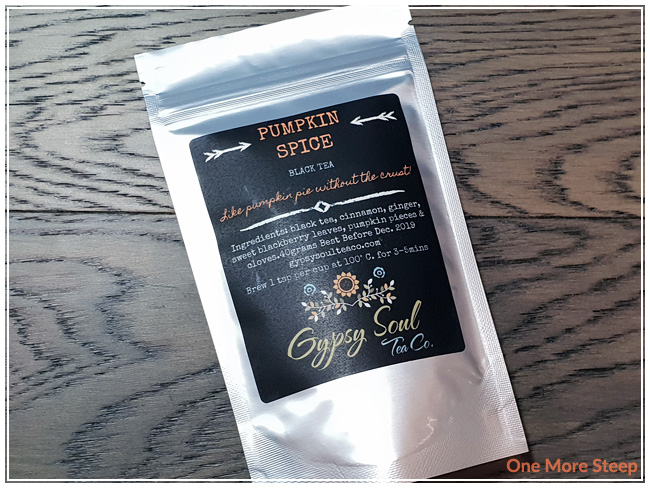 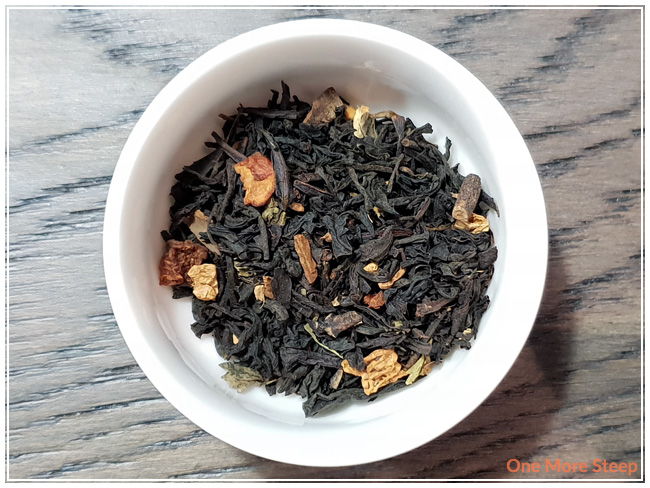 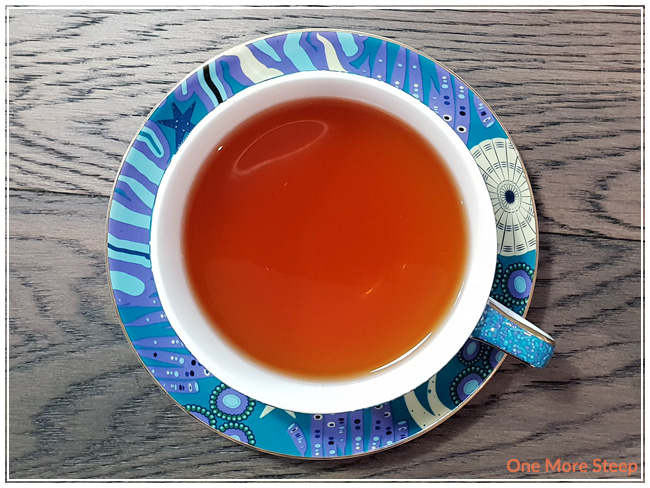 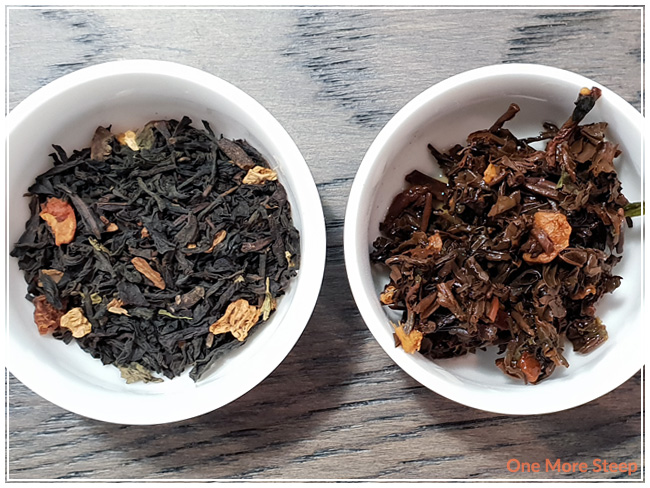