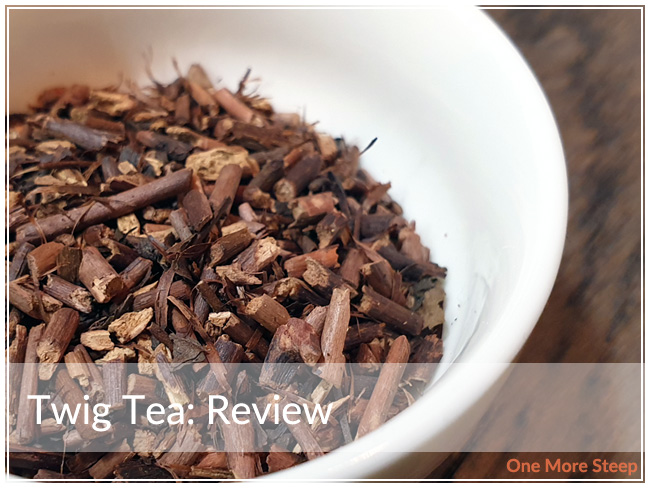 Twig Tea was a 2020 Vancouver Tea Festival purchase from the Seasonglass Green Tea booth – the same organization that was behind the Belcarra Seasonglass Green Tea Festival that I attended last year. While Twig Tea was described to me as being roasted green tea made with stems of the tea plant, I asked how it differed from hojicha as some types of hojicha are made using the stems of the tea leaves as well. I was told that the flavour was different, but it wasn’t available to taste test at the time. But for $10, where could I go wrong? 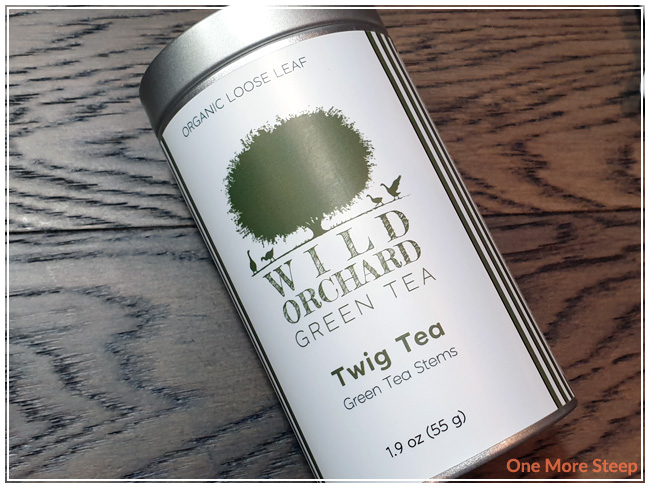 Teas from Wild Orchard Green Tea are washed following harvest, and before the tea leaves are processed. Not surprisingly, Twig Tea appears to be a bunch of little twigs or stems, all brown in colour. There’s a delightful nutty aroma to it, and it does remind me a bit of hojicha. Twig Tea consists of organic green tea stems from South Korea. 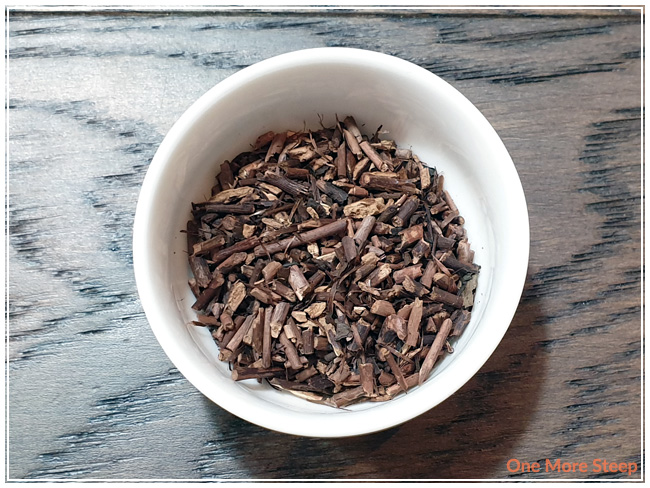 Wild Orchard Green Tea recommends steeping Twig Tea at 85°C (185°F) for 1 minute. I followed the steeping instructions. They also say that the leaves can be steeped up to 2-3 times… but more on that later.

Twig Tea steeps to a lovely light golden orange. I did steep this in a tea pot that has a stainless steel infuser basket – as you can see some little bits of the tea got out (so if this bugs you…. use a filter bag? If not, just carry on as usual). Twig Tea has a delightfully smooth mouthfeel to it, very pleasant and smooth. There’s a slight thickness to it that almost makes it feel savoury. There is zero bitterness or astringency, Twig Tea has a nice roasted and nutty flavour to it, I quite like it. It reminds me of a milder version of hojicha, which is not necessarily a bad thing (since I know some people don’t like an over-the-top roasted flavour). 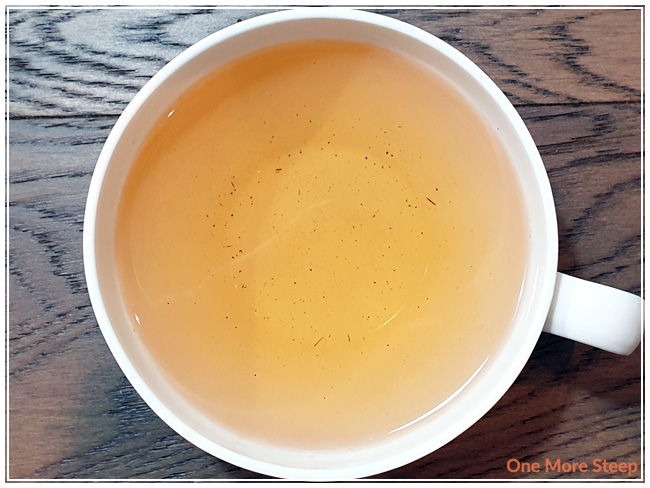 So the packaging suggests steeping 2-3 times, which means 1-2 resteeps. I opted to try 3 resteeps (so 4 steeps total), adding an additional 30 seconds for each subsequent steep. I found that the flavour was best at the first resteep (best = strongest). The second resteep was a bit weaker than the initial steep, while the third resteep was a bit weaker than that. Still drinkable with plenty of flavour and colour though, so definitely push those limits and get as much tea as you can out of your leaves! 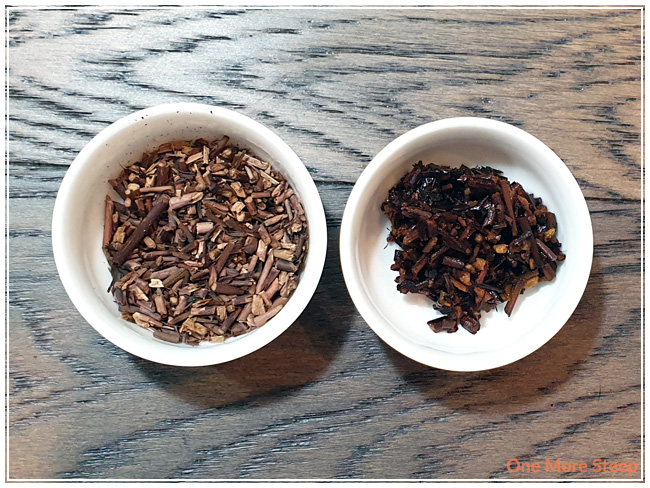 I loved Wild Orchard Green Tea’s Twig Tea. While it doesn’t pack quite as big of a punch as hojicha does for me, Twig Tea does exhibit a lot of the qualities that I enjoy in hojicha in a milder, well-mannered format. A lovely drink with ‘leaves’ that resteep quite well with a good amount of flavour, so I really haven’t anything negative to say. It’s definitely a green tea that I would drink again (and again) because it’s smooth and could be a great tea to have while studying or doing a task – tasty, but doesn’t make me stop and think about what I’m drinking.