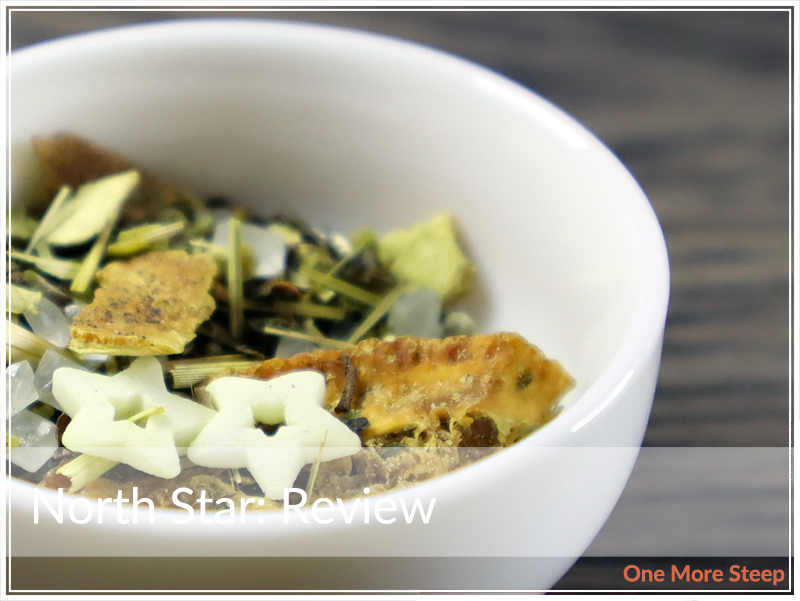 I purchased North Star at the same time as purchasing the 2021 Advent Calendar from DavidsTea, without knowing that it was part of the advent calendar. North Star was day 6 of the 24 Days of Tea, and I tried it before opening this pouch of tea.

North Star came in the familiar silver pouch from DavidsTea, with a bright yellow sticker to indicate that it’s an herbal infusion (tisane). What had attracted me to trying this one out is because I saw the star sprinkles and just thought it was pretty and worth giving a try. Orange being present doesn’t hurt either! 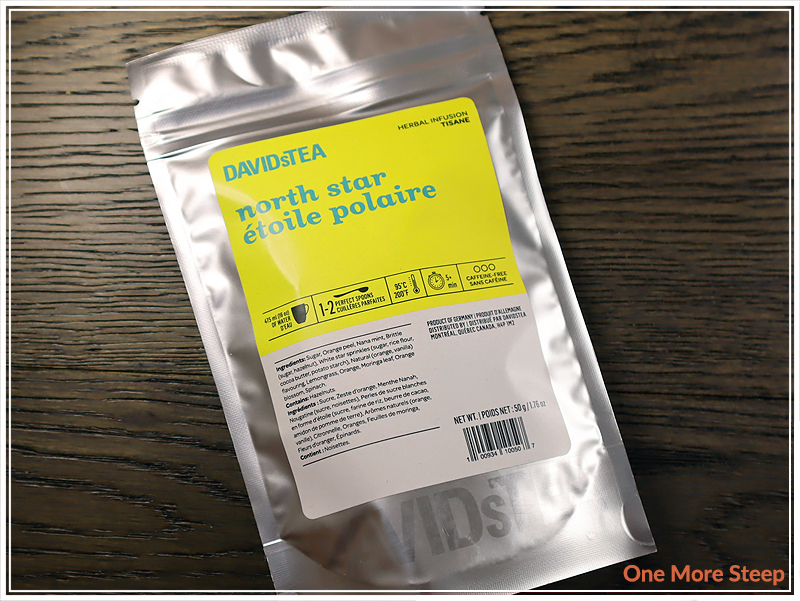 North Start consists of: sugar, orange peel, nana mint, brittle, white star sprinkles, natural flavouring (orange and vanilla), lemongrass, orange, moringa leaf, orange blossom, and spinach. Spinach (in my opinion) has no place in my tea or tisanes, but here we are. It really is quite pretty to look at. The sugar crystals are massive, in comparison to everything. The orange peel is large, the white star sprinkles are beautiful. North Star primarily smells like oranges, vanilla, and lemongrass. 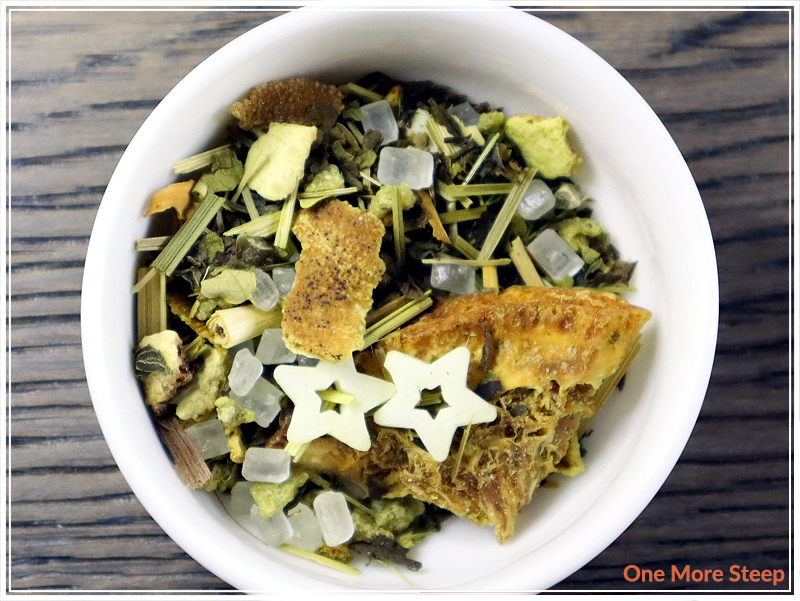 DavidsTea recommends steeping North Star in 200°F (95°C) water for over 5 minutes. I opted to do an initial steep of seven minutes.

North Star steeps to a lovely yellow colour, it’s got a bright citrus aroma to it. The taste of this tisane is strongly orange and vanilla, with hints of mint. I don’t get a lot of that minty flavour, although I wish it was stronger since this is meant to be a winter tisane. The level of sweetness is very strong, probably due to the sugar crystals and sprinkles. The orange is quite strong though, and what I do get of the vanilla reminds me of an orange creamsicle, but somehow even more sweet. 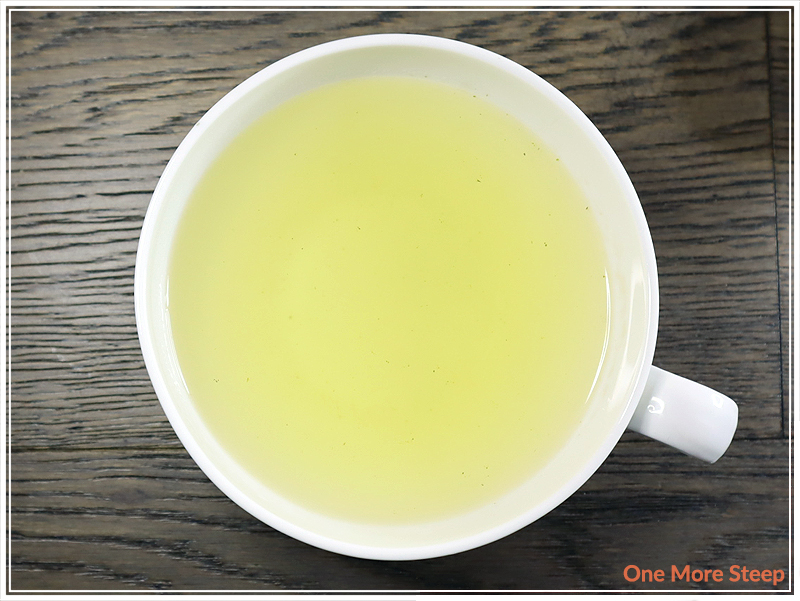 I attempted to resteep North Star, but found that the flavour was lacking in comparison to the original steep. I would recommend North Star for just the initial steep. 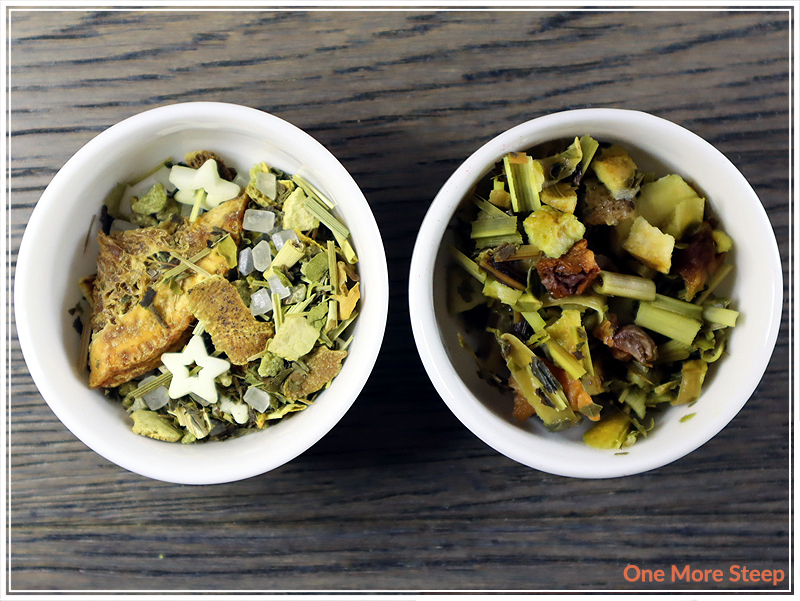 I thought that DavidsTea’s North Star was just okay. The mix of orange and vanilla is an interesting combination, but I found myself wishing that the mint was a stronger flavour in the tisane. The level of sweetness in North Star is strong, I found myself wishing that it was less sweet – but what can you do? I had this tisane hot, but found it quite sweet and fruity, so I imagine it would do well being iced instead during the spring and summer – no sweetener needed.