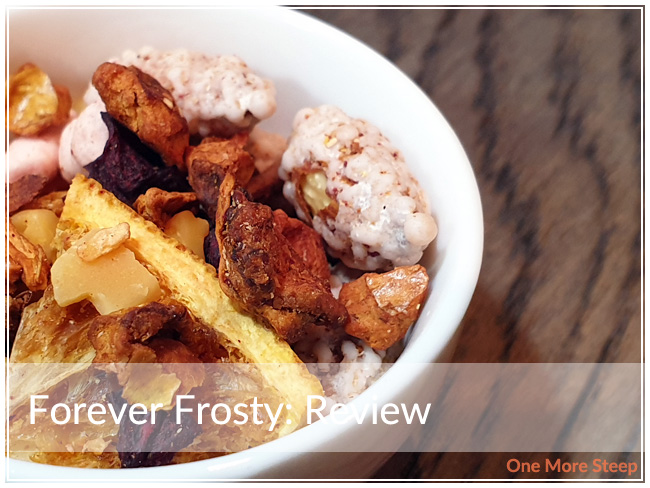 Forever Frosty piqued my interest because it’s a winter/seasonal version of Forever Nuts – which is a long-time fan favourite (and if you want to see some seriously poor tea photography, you can check out my 2016 review of Forever Nuts!) and a tisane that I enjoy usually as a latte. Which, of course, meant that I was curious enough to pick up a bag to give it a try. 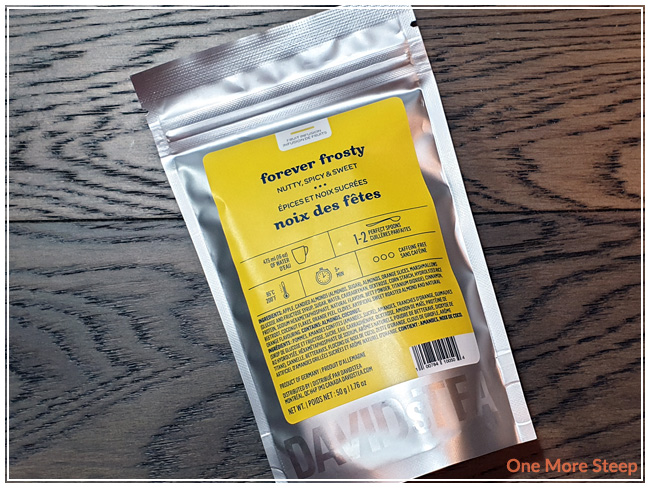 This is a curious blend that came in a sealed, resealable silver pouch. A very familiar bright yellow label adorns the bag and gives you all the necessary information about the blend. I highly recommend giving it a good shake before scooping some out to steep because all I saw when I first opened the bag were huge candied almonds and large slices of dried oranges. Not very appealing! Forever Frosty smells like cinnamon and oranges, which is nice, but doesn’t really make me think of Forever Nuts. Surprisingly, I don’t really smell almonds. Forever Frosty consists of: apple, candied almonds, almonds, orange slices, marshmallows, cinnamon, beetroot, coconut flakes, orange peel, cloves, artificial sweet roasted almond, and natural orange flavouring. 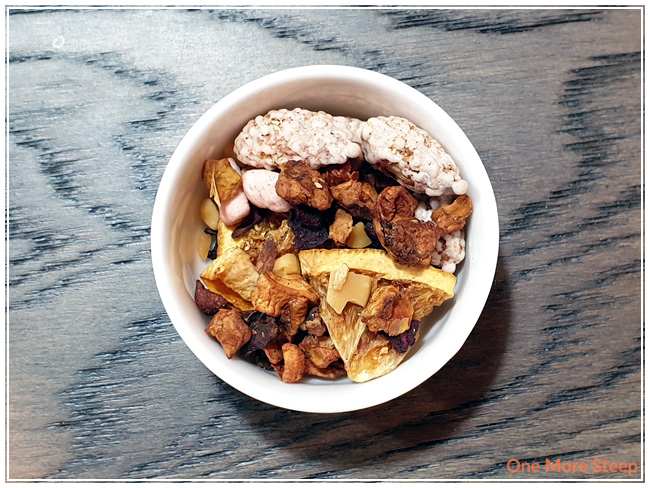 DavidsTea recommends steeping Forever Frosty in 95°C (200°F) water for 5+ minutes. I opted to follow the steeping instructions and I did an initial steep for 5 minutes.

Forever Frosty steeps to a very bright pink, a lovely colour from the beetroot. It has a very sweet, orange aroma to it with hints of cinnamon mingling in the background. I don’t really smell or taste almonds, which is unfortunate because that’s one of the key components of Forever Nuts. The colour is significantly brighter, in my opinion, than the pink of Forever Nuts. I do find there’s a bitter component to the blend though, which isn’t very pleasant. Sweet, bitter, orange, and cinnamon – with the cinnamon being the real wintery flavour that I can make out in the tisane. 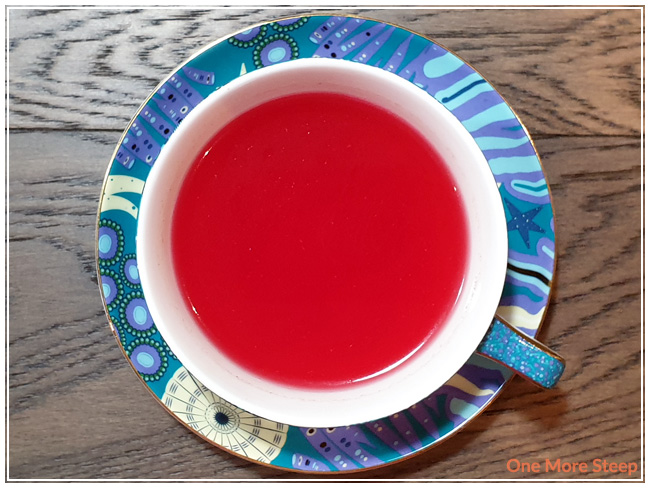 I attempted to resteep Forever Frosty, but it didn’t really improve matters and just resulted in a fairly weak drink. I would recommend Forever Frosty for just one steep. 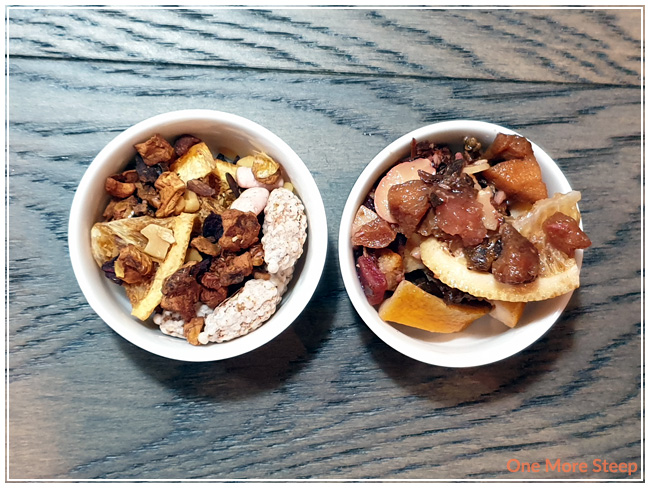 I didn’t like DavidsTea’s Forever Frosty. I think it was a very valiant attempt at a seasonal take on the perennial favourite Forever Nuts, but I don’t think it quite captured enough of the essence of Forever Nuts or the season, which is unfortunate. I was really hoping that the flavour and aroma of the almonds would come out more, especially since almonds appear in the ingredients three times.