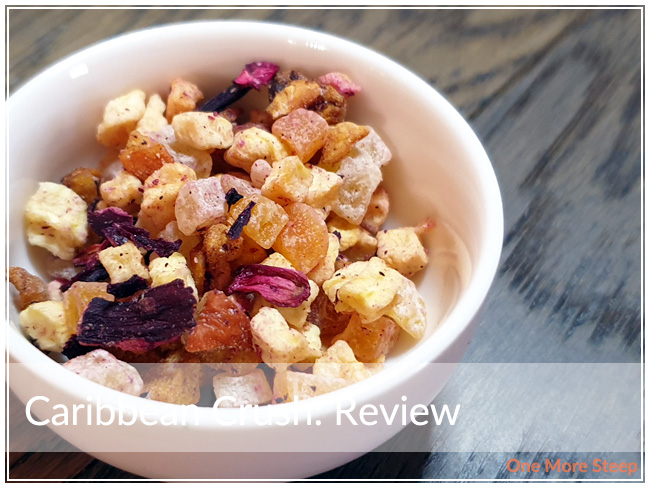 Another “on a whim” online purchase, Caribbean Crush came in a sealed and resealable silver pouch with a bright yellow label on the front. The yellow certainly makes the teal easier to read, at least in comparison with other types of tea. I got it in part because I just hadn’t tried it yet, and I’m always game to try another fruity tisane in the summer time. 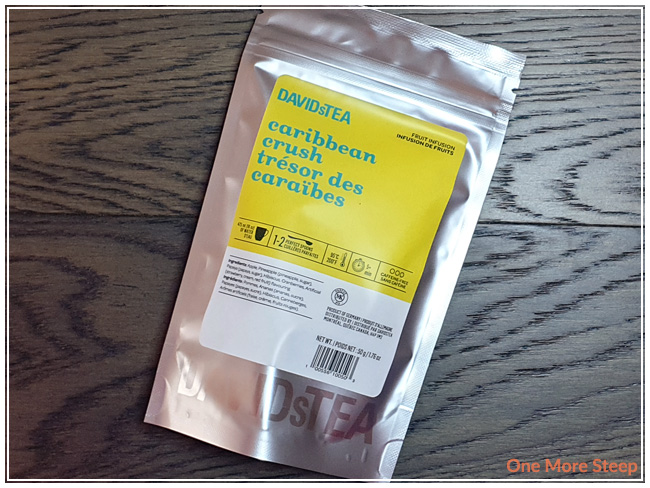 Caribbean Crush is a very chunky blend, as you can see from the image below. It smells like strawberry candy, which isn’t off-putting, but not exactly what I thought a tisane with a tropical sounding name would smell like. Caribbean Crush consists of: apple, pineapple, papaya, hibiscus, cranberry, and artificial flavouring (strawberry, cream, red fruit). 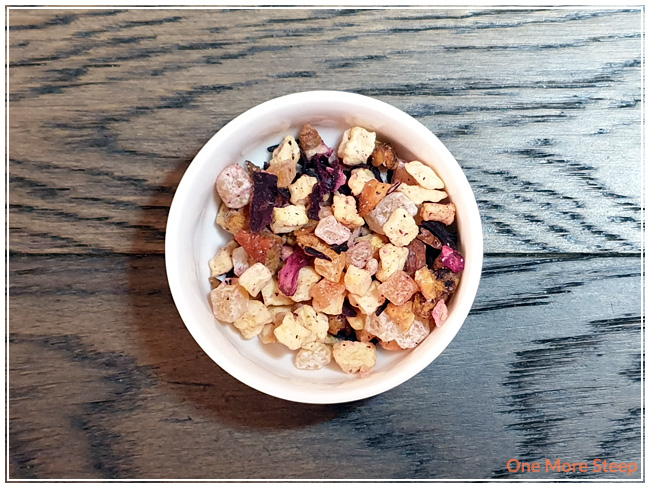 DavidsTea recommends steeping Caribbean Crush in 95°C (200°F) water for 5+ minutes. I did an initial steep with the recommended temperature for 7 minutes.

Caribbean Crush steeps to a very pale pink, like a pale pink lemonade colour. I think the colouring is because of the hibiscus, but I tried shaking up my bag and never got very much hibiscus in each spoonful so I think it was just poorly mixed because I was expecting a brighter pink after seeing other photos of this tisane online. That said, it has a bright fruity aroma to it – I can definitely smell the strawberry and pineapple notes after it’s been steeped. The flavour itself is mostly fruity with apple, pineapple and strawberry notes. It is fairly sweet, which is pleasant. I tried it first hot and then iced and would say that iced is much better – just lends itself to a crisper taste. 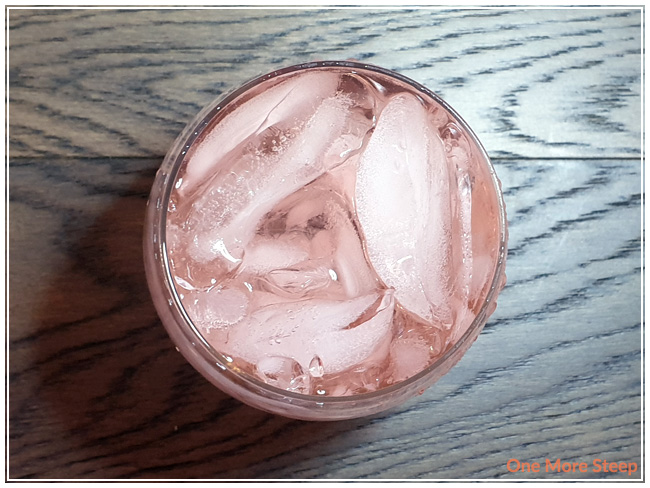 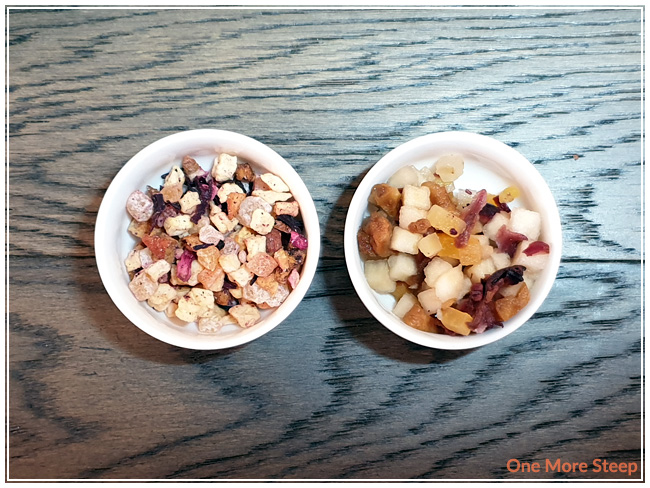 I thought that DavidsTea’s Caribbean Crush was just okay. While the dry leaf of Caribbean Crush smells fruity and fun, it doesn’t make me think of the tropics. I found the blend to be a bit poorly mixed in the pouch that I had received, which is why there wasn’t as much of a pop of pink colour as I was expecting. That coupled with the flavour which was a bit tropical, but not really quite what I was expecting, is partially responsible for the lower score. If I could guarantee the next pouch was better mixed with the ingredients, I’d give it a try again – it’s not bad as an iced tisane, just not what I was expecting.