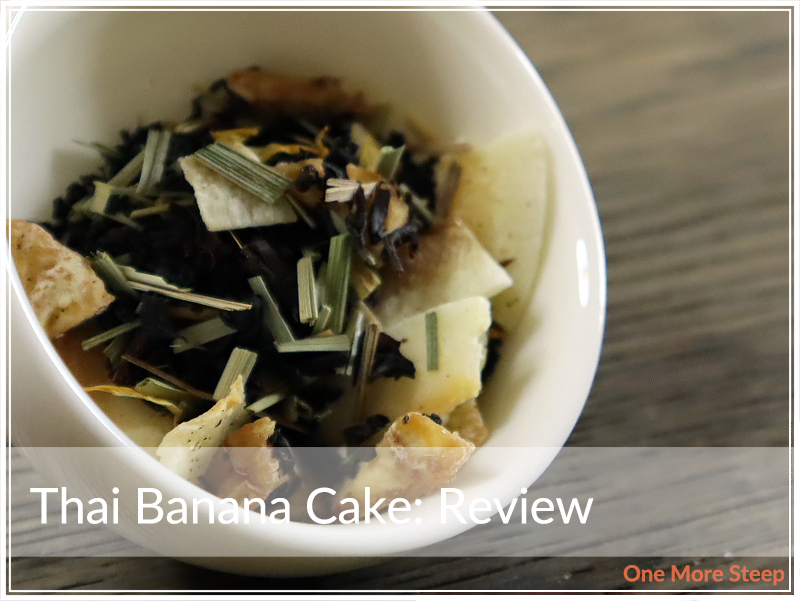 Coming to me as part of the bimonthly Dessert by Deb subscription box (no longer available! The subscription box, not the product itself – you can put together a box of goodies yourself via the Dessert by Deb website), and is in the brightest berry pink metallic pouch. I’ve never had a Thai banana cake, so I really can’t tell you if it resembles the actual dessert. I know what banana bread smells and tastes like, but somehow in my mind cake ≠ bread, so I’m going into this review with no existing ideas of what I’m supposed to find in this organic tea sample. 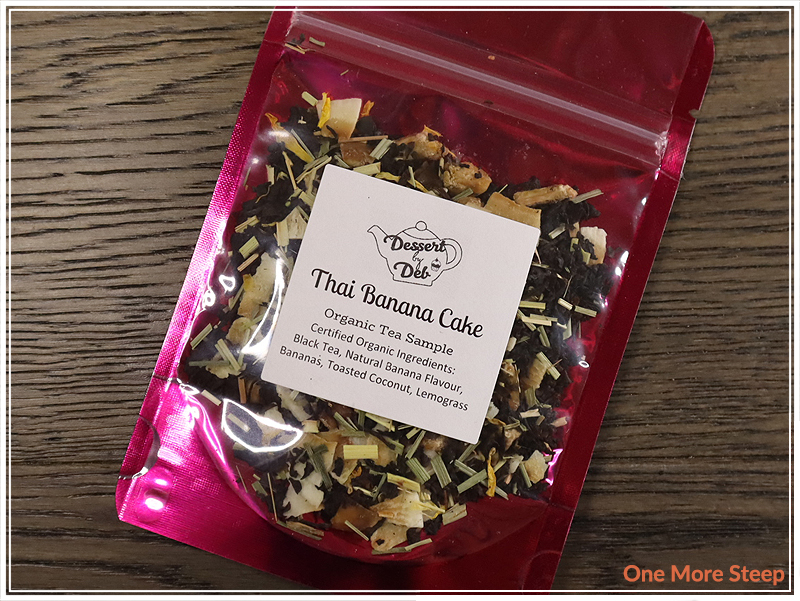 The blend is pretty – I can see the coconut, black tea base, banana chips, and lemongrass. The aroma is strongly coconut and lemongrass – probably because both of those ingredients are quite strong in comparison to bananas. Thai Banana Cake consists of certified organic: black tea, natural banana flavour, bananas, toasted coconut, and lemongrass. It’s pretty. I’m not overly familiar with Thai tea products, or banana cake, but it smells like a lemongrass blend and I can smell the coconut. It’s inviting, doesn’t remind me of banana bread, but that’s okay! 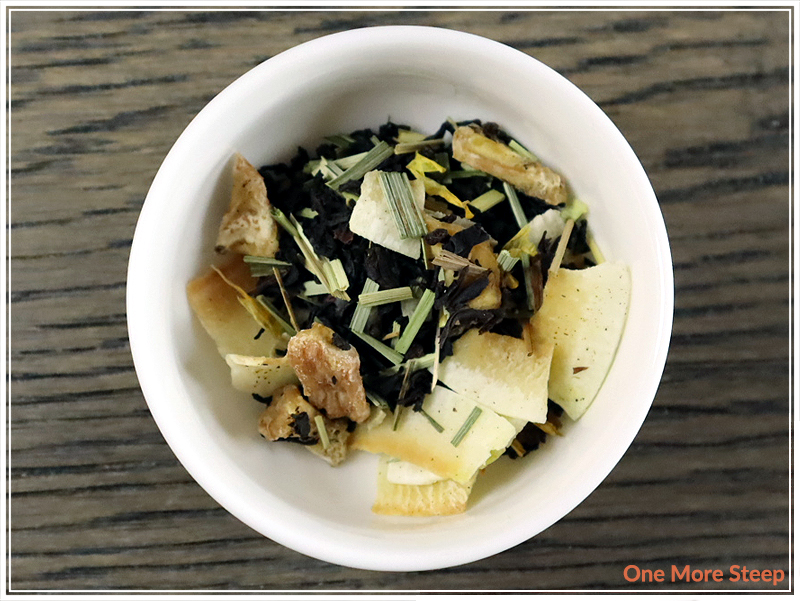 No preparation instructions on the sample, but on the Dessert by Deb’s website I found the following recommendations: steep in 212°F (100°C) water for 4 to 6 minutes. I opted to do an initial steep for 5 minutes. The website also recommends preparing as a tea latte.

Thai Banana Cake steeps to an orange, with little bits of tea dust that escaped the stainless steel infuser that I had used. The aroma is Thai Banana Cake is primarily lemongrass and coconut, with just a touch of oil across the surface of the steeped tea – I imagine that comes from the toasted coconut. The flavour is primarily lemongrass, coconut, and hints of astringency from the black tea base. There’s a slight sweetness, but I find that it’s not very banana-forward or banana-heavy. I found myself wishing for more banana flavour to get that banana cake feel to it. 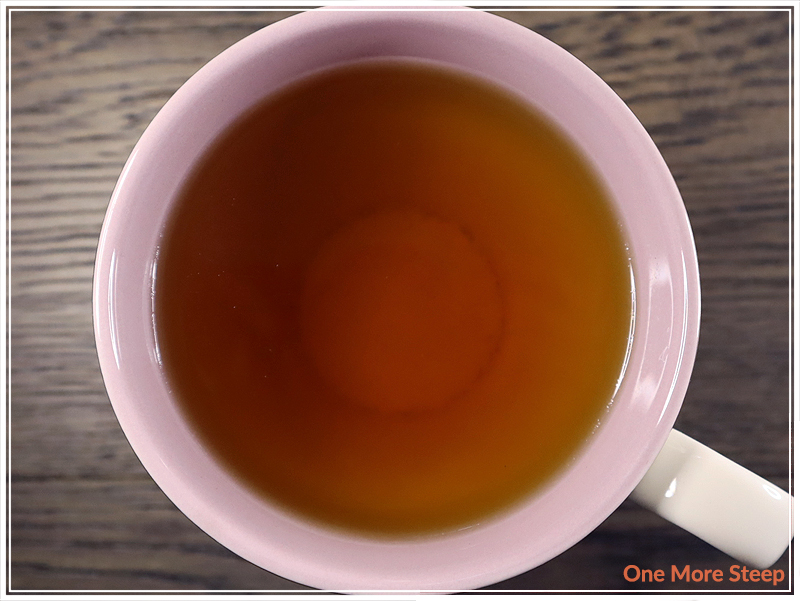 I did attempt to resteep Thai Banana Cake, adding an additional 30 seconds for the subsequent steep. I found the first resteep was primarily lemongrass, with hints of coconut, and the black tea base with the touch of astringency. I didn’t particularly enjoy it, because it was further lacking the flavours that I was hoping for. I wouldn’t recommend Thai Banana Cake for another steep. 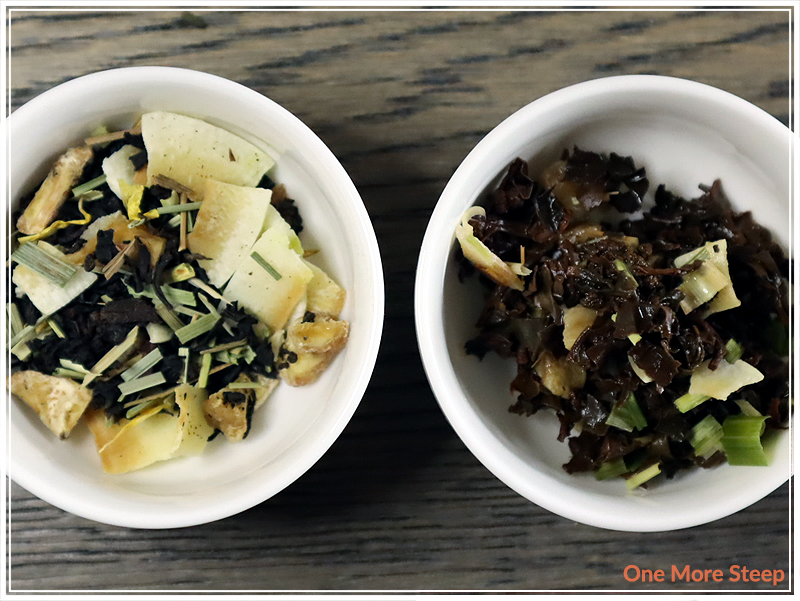 I didn’t like Dessert by Deb’s Thai Banana Cake. Allow me to preface this with the fact that I didn’t get a lot of banana flavour in my cup of tea, I received a sample and that can be influenced by how well the blend was mixed or how well I redistributed the ingredients in the sample pouch. I liked the lemongrass and coconut combined with the black tea base, and would have rate it higher, if I hadn’t been expecting banana in the blend, along with the sweetness that one would expect from dried fruit. I think a heavier hand with the banana (chips or flavouring, or both!) would result in a more banana-esque flavouring (and more hearts).